A particular and elegant art form, classic car rallying relies on skill, performance, endurance and, most importantly, perfect timing. Those attributes are also common to watchmaking, a craft that comes to life through know-how, reliability, precision and longevity, all leading to, obviously, perfect timing. Understanding the commonality between those two worlds, Manufacture Zenith teamed with UK-based Historic Endurance Rallying Organisation (or HERO) as official timekeeper of the HERO Cup, established in 1993. While HERO has positioned itself as one of the most successful and respected historic endurance rallying organizations in the world, Zenith speaks to true epicureans who appreciate a finely tuned engine and gleaming bodywork. Belonging to those who respect and enjoy the finer things in life, we travelled to London with Zenith Watches last week to witness the seventh running of the London to Lisbon Classic Reliability Trial, at Brooklands, the historic race circuit. 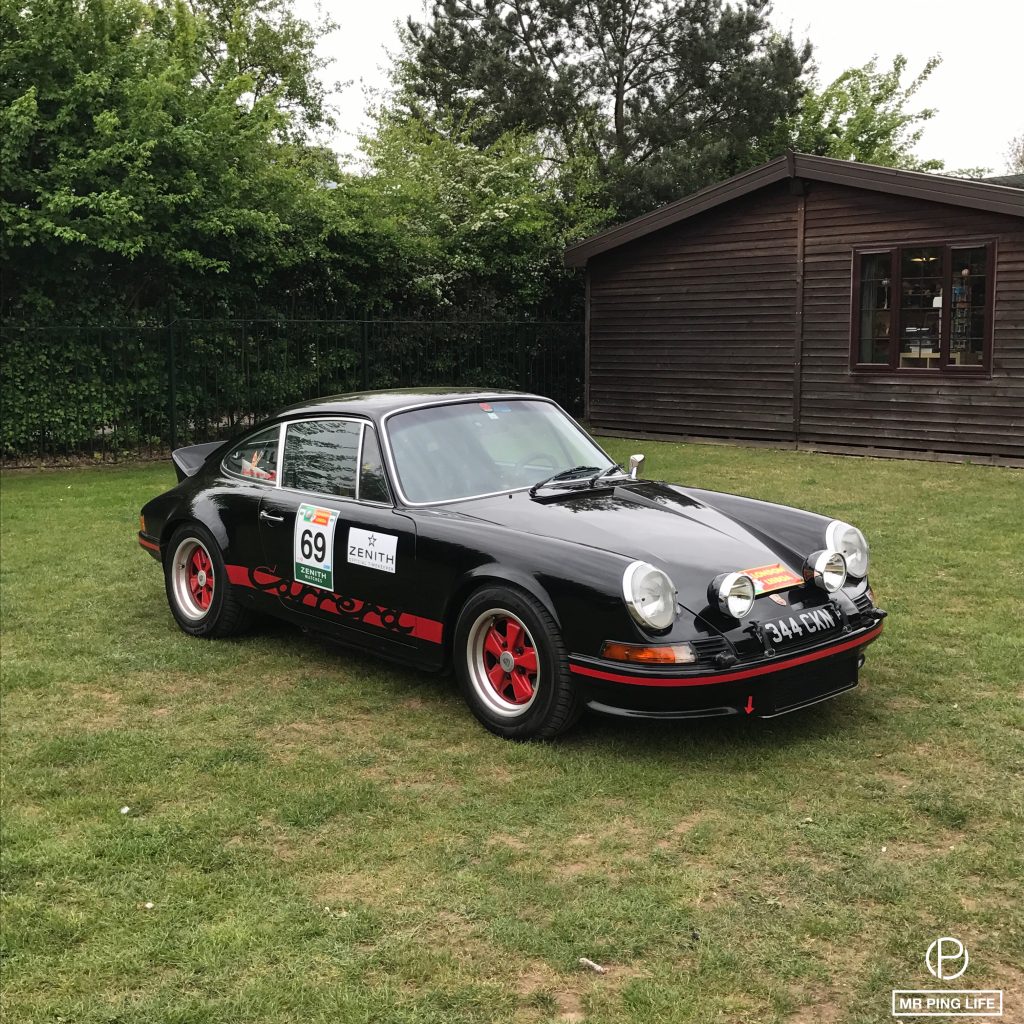 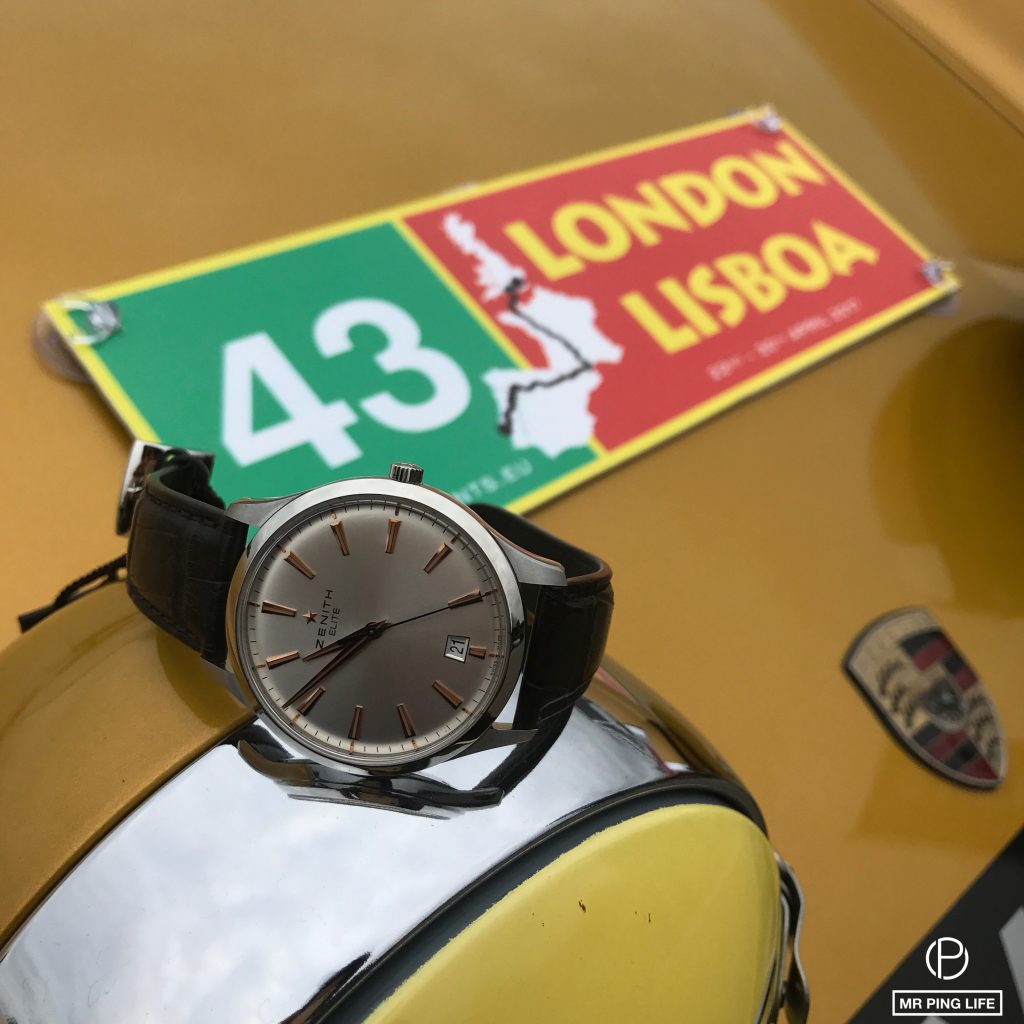 Pampered in the countryside

The experience started with the friendly Zenith team at the charming Foxhills Club and Resort in Surrey, on the outskirts of London. Something out of a Harry Potter novel, the picturesque 400 acre estate boasts a vast golf course coated with greenery. At the heart of the estate stands a lovely stone ‘manor’ housing the reception, library, salon and restaurants. Sprinkled all around are smaller stone edifices where rooms and lavish suites welcome guests looking to enjoy the countryside. A short drive from there led us to Brooklands Museum, “The Birthplace of British Motorsport & Aviation – Home of Concorde”. 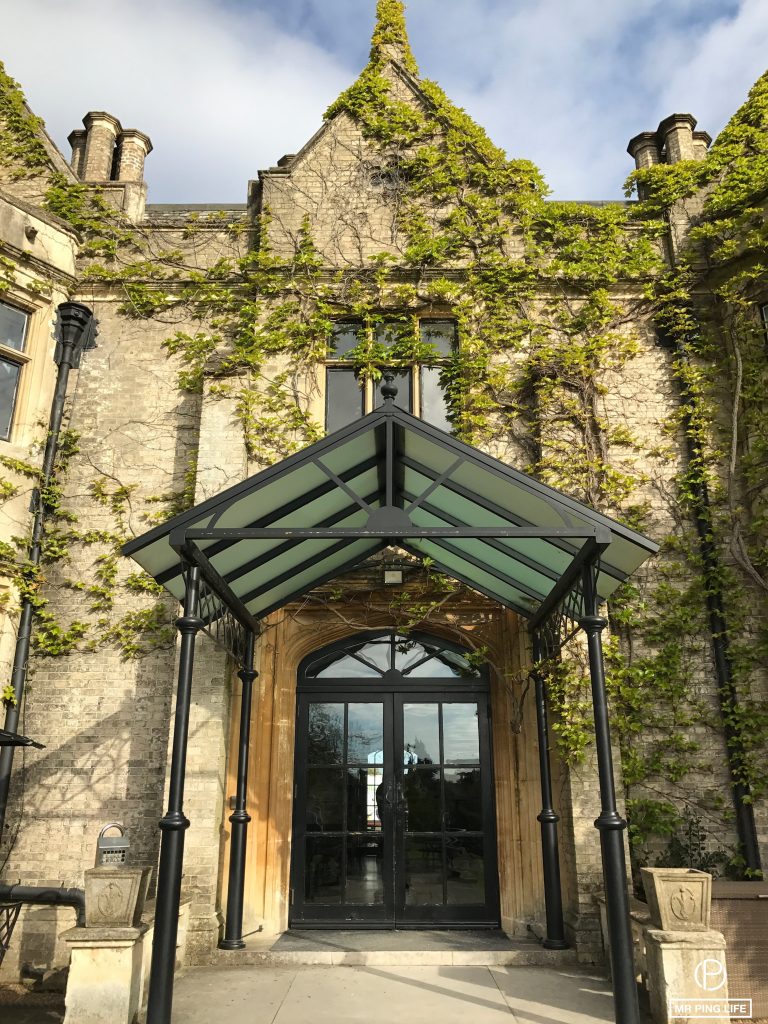 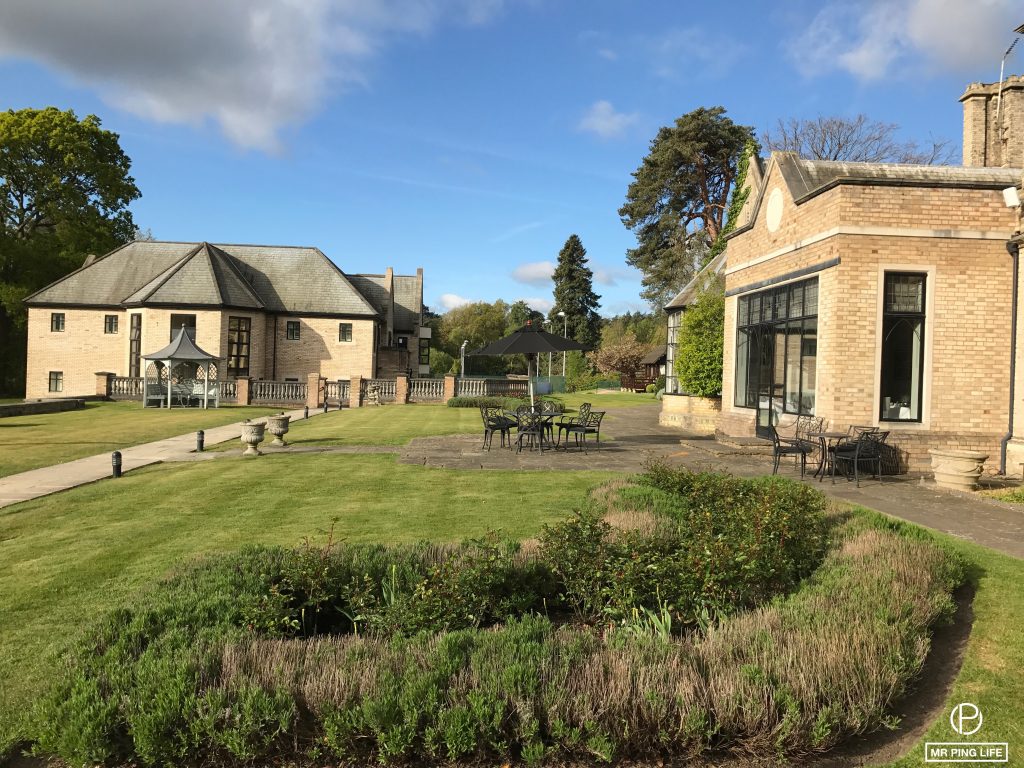 At Brooklands, just by a Zenith pop-up store where a large variety of timepieces were displayed, the rally housekeeping rules were announced to all drivers and anyone who intended on watching the departure the next day. The journey’s kick off was scheduled for rather early the next morning, so rules and instructions had to be shared ahead for a smooth and timely start. The event attracts entrants from around the globe, and the range of machinery is as exotic and varied as both drivers and attendees. Vehicles up to 1987 are eligible to compete and can battle for honors in their own specific classes. A walk around the outdoors museum and vintage vehicle shed allowed us to discover bicycles from the 1800s; very old bikes, ambulances and police cars; and what we were most excited, a British Airways Concorde, once the jewel of the aviation industry. 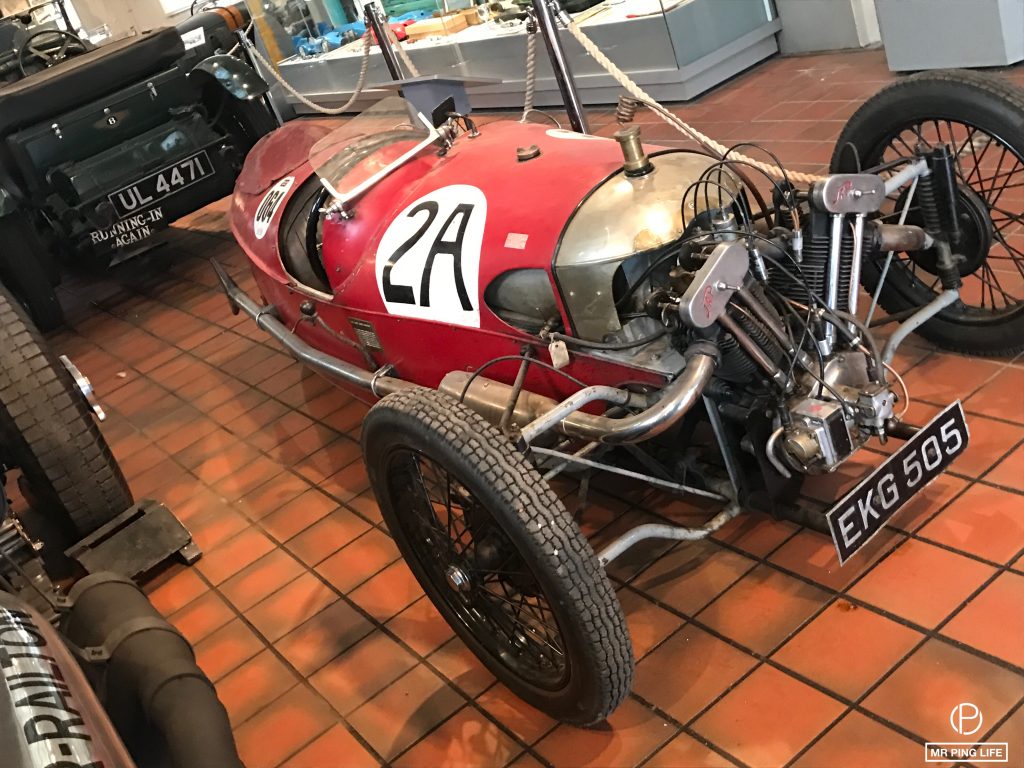 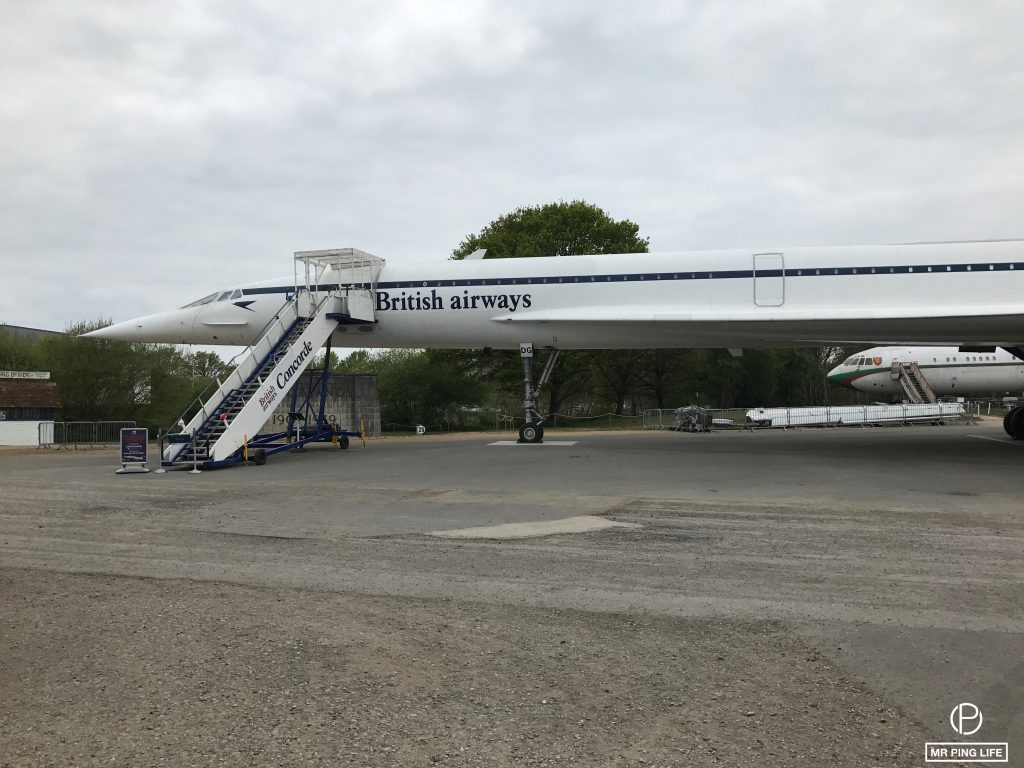 The next morning, we hurried back to Brooklands Museum to catch a good view of the cars getting ready then assembling to brave the aptly named ‘Test Hill‘, where a test of strength and precision awaited vehicle, driver and navigator alike. The event as a whole is primarily a trial of reliability and endurance; the schedule is demanding, the roads span some 3,500Km, and the 9-day journey from the UK to Portugal, passing by France and Spain, is a daunting task. The first challenge is indeed that hill, that short, seemingly easy hill, which proved to be tougher than it looked! Navigator Jacqui Norman -yes, women also ace classic car cups- with whom we had the pleasure of chatting the previous evening, and driver Bill Cleyndert were the first to leave the starting line in their 1925 Bentley, and the remaining 77 starters followed. A few onlookers seemed to be secretly hoping some of the cars would stall, just for the excitement of it. But those classic, graceful cars gave it their all, and off they disappeared, one by one, into a horizon we couldn’t see. 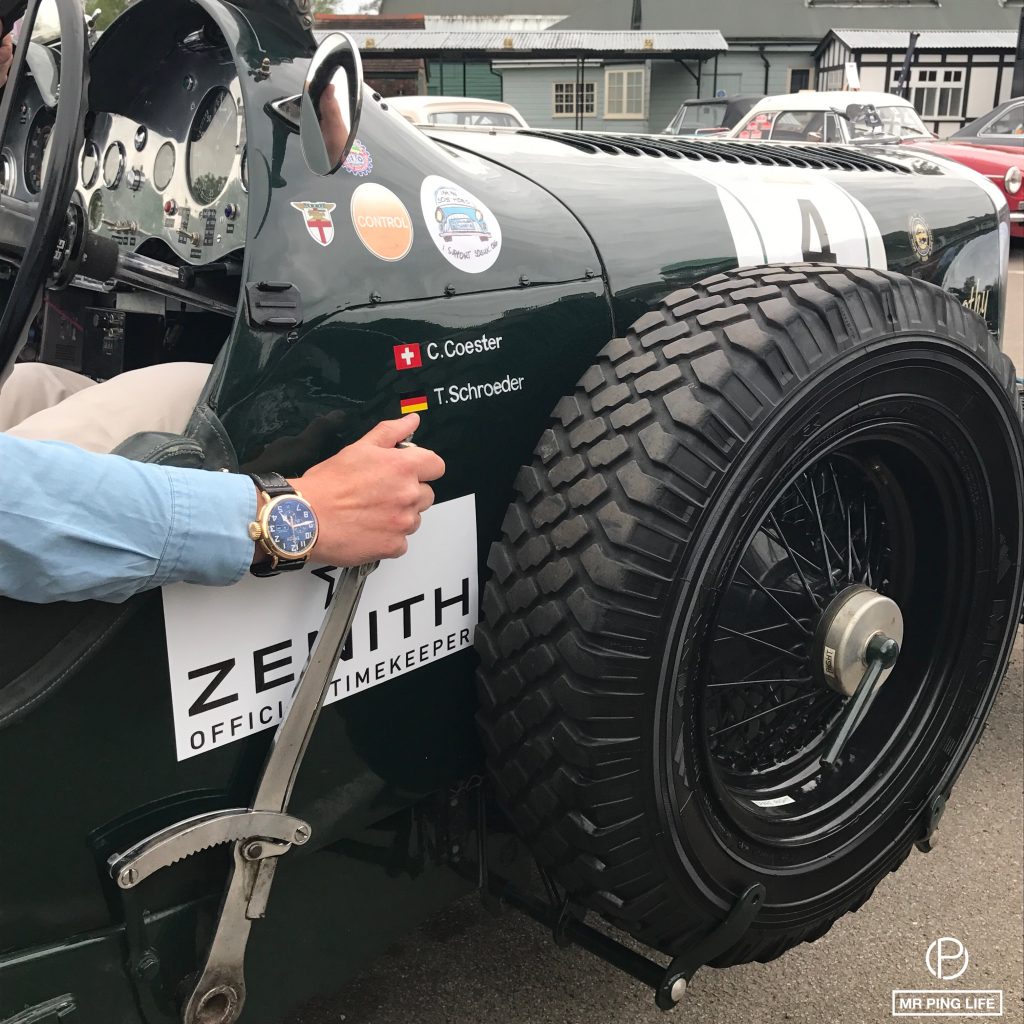 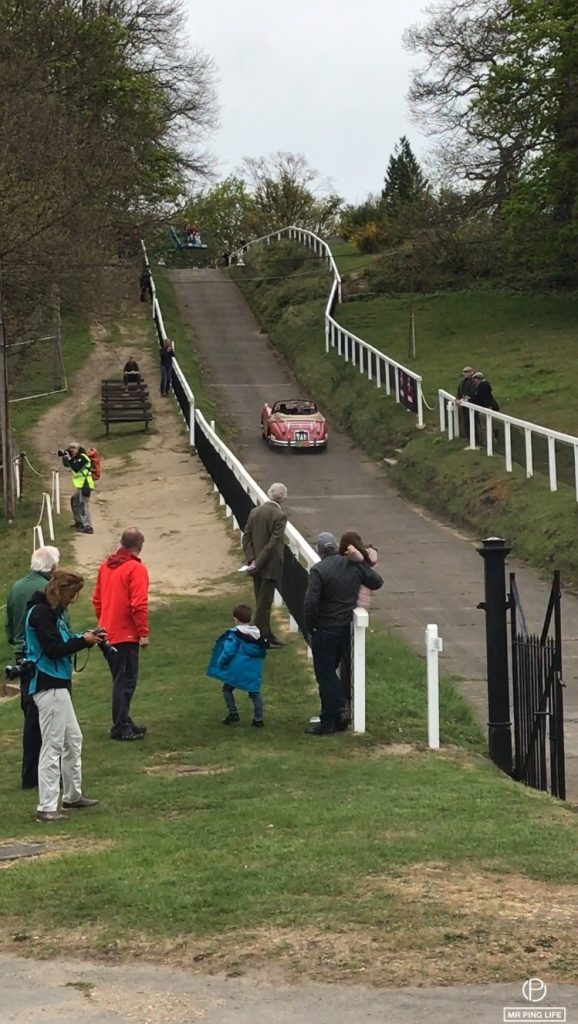 A watch worthy of a winner

As a tribute to its partnership with the HERO Cup, Zenith launched the El Primero Chronomaster HERO Cup Edition late last year. The limited edition of 100 units was produced especially to mark the partnership between HERO and the Swiss watch brand. Winners of the HERO Cup also receive the timepiece, which will accompany them on long drives and through tough challenges.

The journey took 9 days and ended after we returned home. After a thrilling adventure that tested every aspect of drivers and cars, Paul Crosby and Martyn Taylor made the finish line in their Porsche 911 ahead of their fellow contestants. Congrats to them!