Time Is Ticking For Baselworld 2017!

A year has gone by already and another Baselworld is at our doors. It went too fast. But we take comfort in knowing there will be a panoply of watchmakers welcoming us in the charming town of Basel, exciting new timepieces making their debut at the fair and fascinating new movements beating at the heart of many creations. Here is a sneak peek at what’s coming up at Baselworld 2017!

Hublot and Italia Independent, in a classic fusion of their own

The ‘Art of Fusion’ brand Hublot and its partner Italia Independent along with founder Lapo Elkann have teamed up with famous Italian tailor Luca Rubinacci to create a completely new Hublot Italia Independent collection, this time within the Classic Fusion line. Made-to-measure for Lapo Elkan, the collections steers away from its Big Bang Unico precursor, setting itself as a fine fusion of ‘classic’ and innovation. The collaboration with “sartoria Rubinacci” was only evident, as The House of Rubinacci houses the most beautiful collection of fabrics in its archives, through which Hublot and Elkann sifted to select a variety of tartans -colored wool weaves from the seventies- that they brought back to life in the 45 mm Classic Fusion Italia Independent‘s dials and on their straps. One of the most iconic fabric patterns, “Pied De Poule” or Houndstooth, was reintroduced in line with this year’s fashion trend. The collection was launched during Milan Fashion Week, and will strut its uniqueness at Baselworld this year.  A bold fashion statement, definitely not for the ordinary man!

Omega celebrates its 60th anniversary with a speedmaster.

With 2017 being the 60th anniversary of Omega, the brand synonymous with lunar landings, the watchmaker is launhing a new Speedmaster, the 44.25mm Speedmaster Moonwatch Automatic Master Chronometer with its vibrant orange accents on a matte black dial, in a nod to this line’s motor-racing spirit. Its distinctive style of minute track tracing back to popular historical models and its vintage-inspired looks are powered up by a movement with Omega’s latest technology. A race to the moon, befitting the celebration of 6 decades of watchmaking.

Blancpain delves into the blue abyss…

Blancpain‘s Fifty Fathoms Bathyscaphe is no stranger to anyone who knows a bit about watches. The Bathyscaphe family has been expanding throughout the years, including members with a flyback chronograph and a version in a gray plasma ceramic case. This year at Baselworld, a “female” members will make its appearance, in a 38mm version outfitted in “Abyss Blue,” a color Blancpain explained was inspired by the ocean’s depths. The brand’s self-winding Caliber 1150 powers the timepiece; two series-coupled barrels store an impressive 100-hour power reserve in a constant flow of energy. We have to say, that blue surely has a mysterious, attractive aura about it! 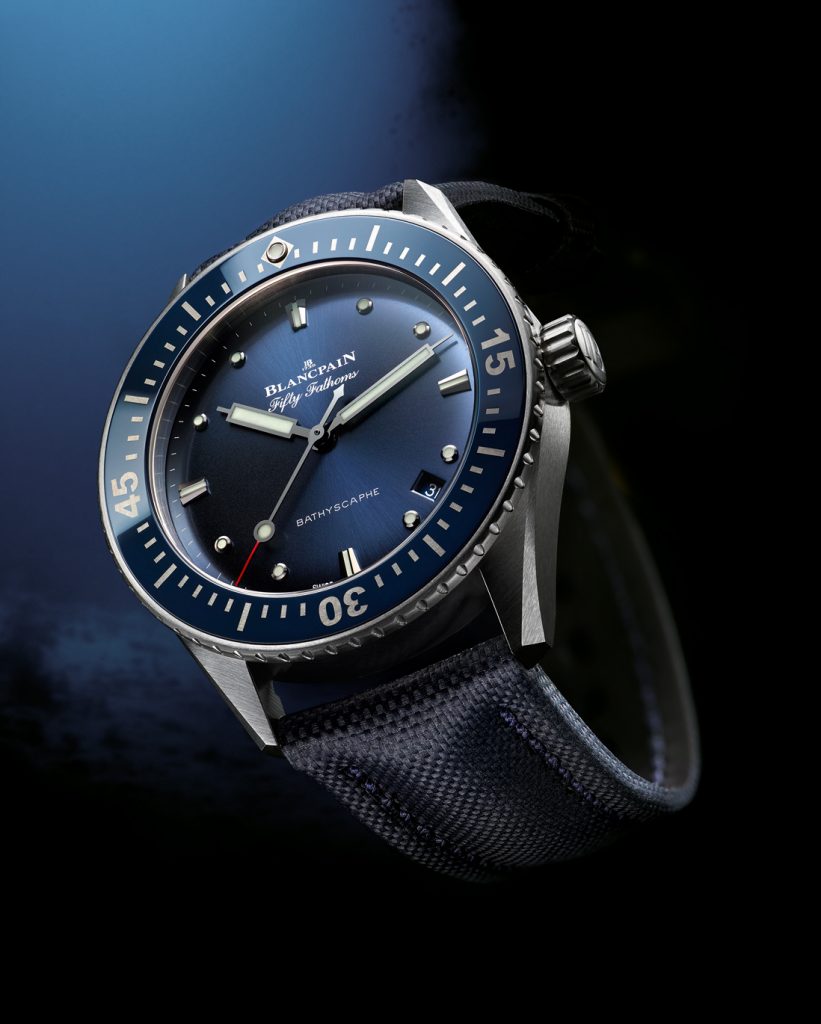 Zenith gets a bronzed tan.

Zenith has been picking up on new looks for its watches lately, and is definitely keeping the momentum going in 2017 with new timepieces that move away from the classical aspect of previous collections. The brand launched two new models in Geneva this January on the LVMH watches boat, and as a teaser to what’s coming at Baselworld, presented its new Pilot Extra Special Chronograph in Bronze. The design is not a totally new one, but it offers  a lovely combination of details from previous Zenith releases, merging to give the watch an interesting face lift. An aged-bronze, a giant onion crown and pushers, large luminescent numerals, and of course, the memorable El Primero movement. More to be seen at Baselworld, where Zenith will undoubtedly introduce its latest pilot’s watches to an eager audience. 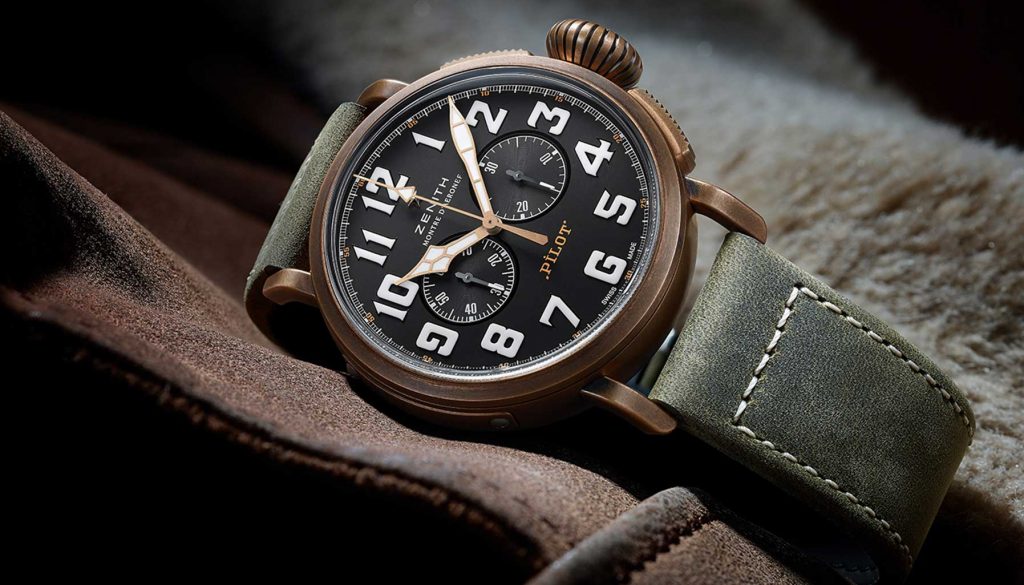 Worthy of mention is the Chronomaster El Primero Range Rover Velar Special Edition, a very cool watch born from the collaboration between Zenith and car brand Range Rover. The special edition will make its debut in the Middle East in April, during a very special event. Check back in, later in April, to find out more!