This year was a big one for the watch world; the emergence of smart watches has given many brands a lot to think about, a lot to plan, design and manufacture. However, H. Moser & Cie. jumped that wagon, creating a buzz by launching a fully mechanical Swiss Made model with a contemporary design: the Swiss Alp Watch. The manufacture has indeed confirmed keeping true to the tradition of mechanical watchmaking which it confirmed is its forte. After the initial 50 Swiss Alp Watches were made and gained instant success with collectors, a new version, the Swiss Alp Watch S, has just been launched, featuring a midnight blue fumé dial. 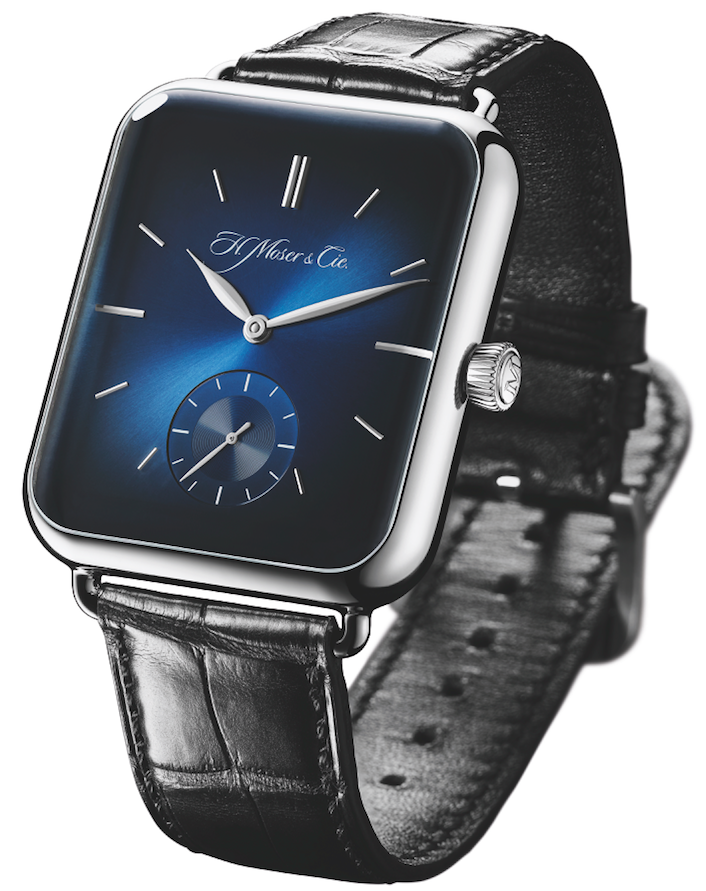 The Swiss Alp Watch S fits perfectly with the brand’s sense of humor and a subtly provocative character, a blend of classic and appealing which have become a signature for the watchmaker. The rectangular case is softened by rounded corners, giving it a contemporary look. The classic dial takes on a fully mysterious aspect with a midnight blue fumé shade, its luster only enhanced by the refined black alligator strap. The watch is powered by the hand-wound HMC 324 calibre movement. 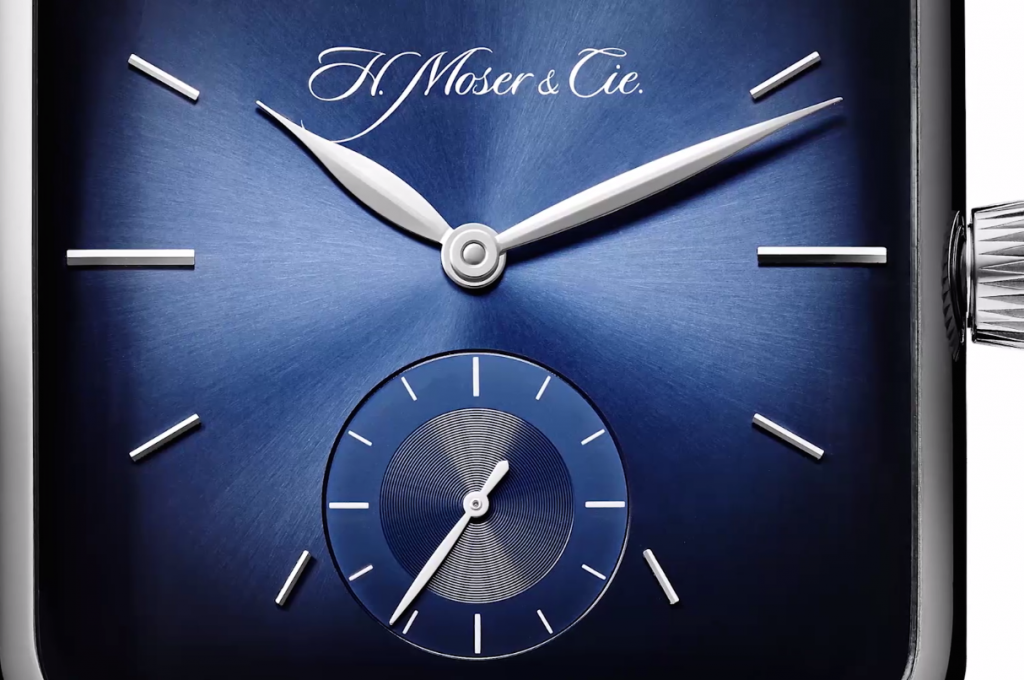 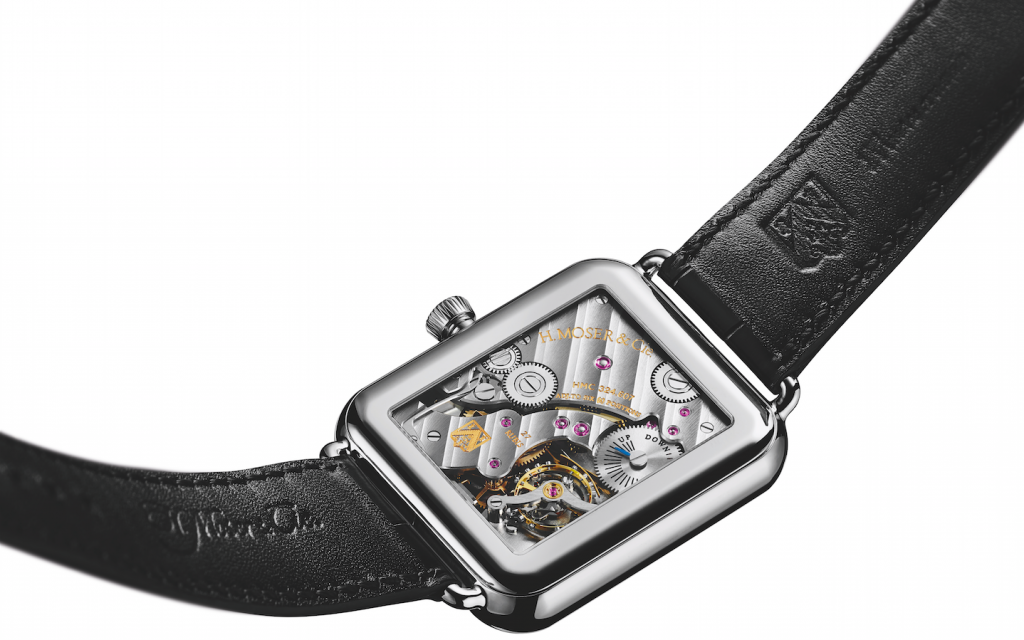 The manufacture has added the Swiss Alp Watch S to its increasingly-diverse range, joining the Endeavour, Venturer and Pioneer families. The S model does not allow its wearer to make calls, check the calendar or check emails; instead, it cherishes personal time and time spent with loved ones.