A decade is an impressive timestamp on any collaboration! Richard Mille and famed Formula 1 constructor McLaren have been working together for 10 years, and SIHH 2017 was the best platform to celebrate their partnership, with the launch of the new Richard Mille calibre, a technical masterpiece with off-the-chart mechanical performance, fueling the new RM 50-03 McLaren F1. 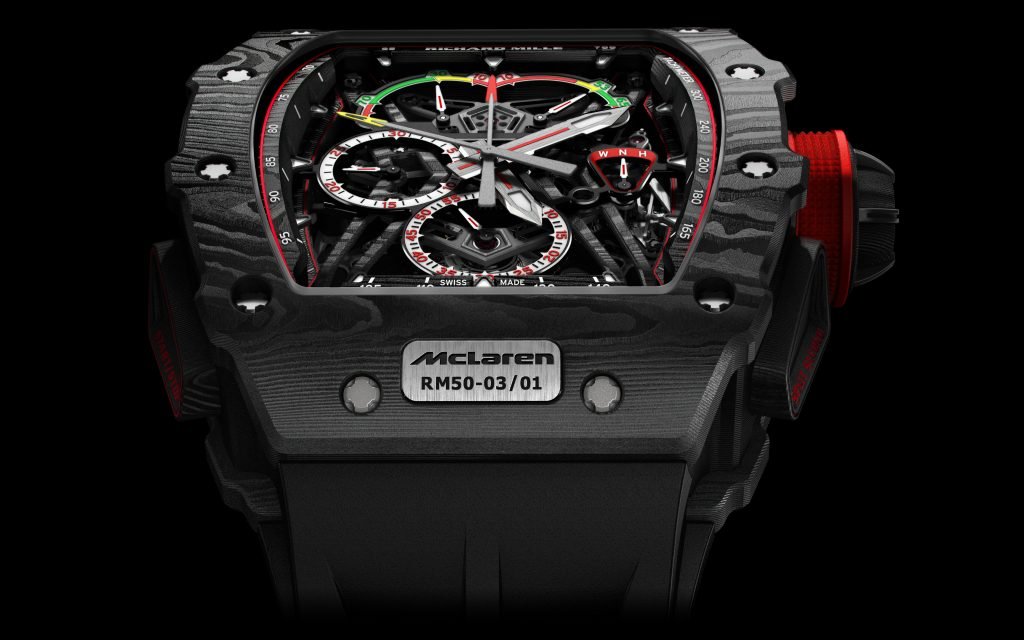 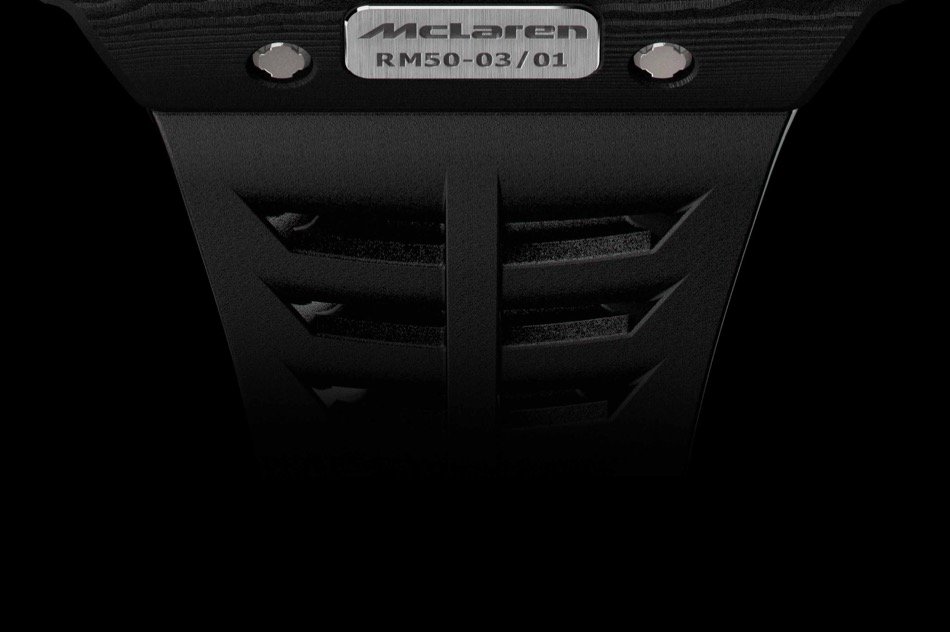 This wrist engine weighs less than 40gr, including the new strap, making it the lightest mechanical chronograph ever made. The timepiece
incorporates Titanium and Carbon TPT™ which gives off beautiful undulating striations, and introduces into the world of watchmaking, for the first ever, an entirely new material: Graph TPT™, better knows as graphene. The material has an interesting background: first isolated in 2004, it earned its author and his colleague the prestigious 2010 Nobel Prize in physics. McLaren Technology Group and McLaren-Honda, which are working on integrating graphene into their Grand Prix cars, made it possible for Richard Mille to use graphene to significantly lower the density of the carbon composite on the RM 50-03 while increasing its resistance. Graphene’s great properties led the watchmaker to incorporate this nano-material into the rubber strap of the watch, thus increasing its elasticity and resistance to wear. These various applications
of the material represent significant, crucial technical advances for both Richard Mille and McLaren-Honda. 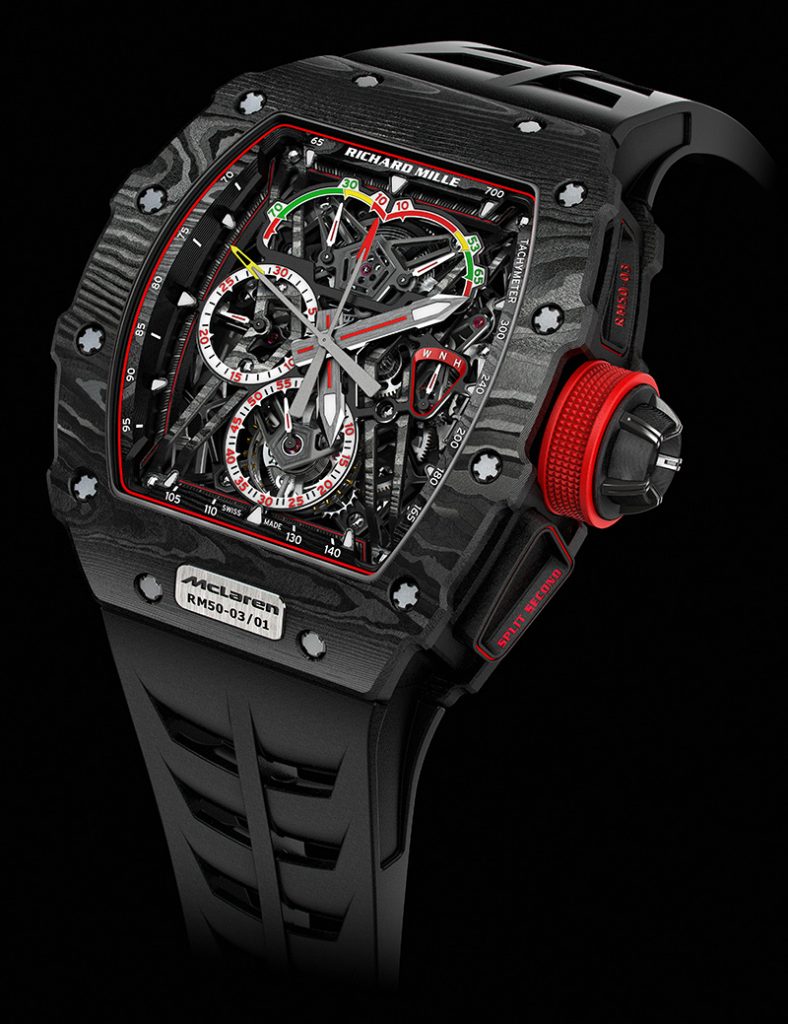 The team specializing in the machining of movement components and cases at the Richard Mille manufacture studied Graph TPT™ for long, and
ended up creating a three-part, highly resistant and extremely light case. In parallel, the 7gr movement is also ‘ultralight’.
A transverse cage inspired by the wishbone suspension structure of a McLaren-Honda Formula 1 car is affixed to the case band, lending support to the entire RM50-03 calibre. The elimination of the casing ring enables a perfect fit between the movement and case. These technical solutions provide the complex calibre with strong resistance properties. This same caliber portrays chronographic by combining a tourbillon escapement with a split-seconds function. 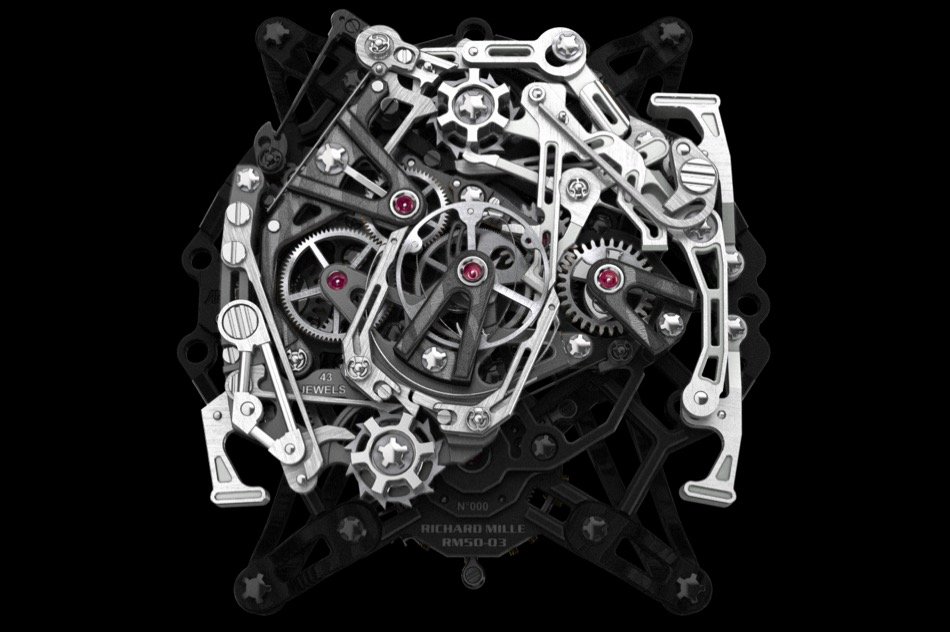 The movement’s performance and the quality of the energy delivered can be read via colored indicators denoting the 70-hour energy reserve and torque sensor. The hollow pushers of the chronograph are representative of the air intake ducts on the McLaren-Honda car, while the shape of
the crown takes its cue from the racing competition wheel rims used by the British team. The 6-column wheel that controls the various rockers for the split-seconds function was designed to guarantee flawlessly simultaneous movement, clean function lock and highly stable settings. 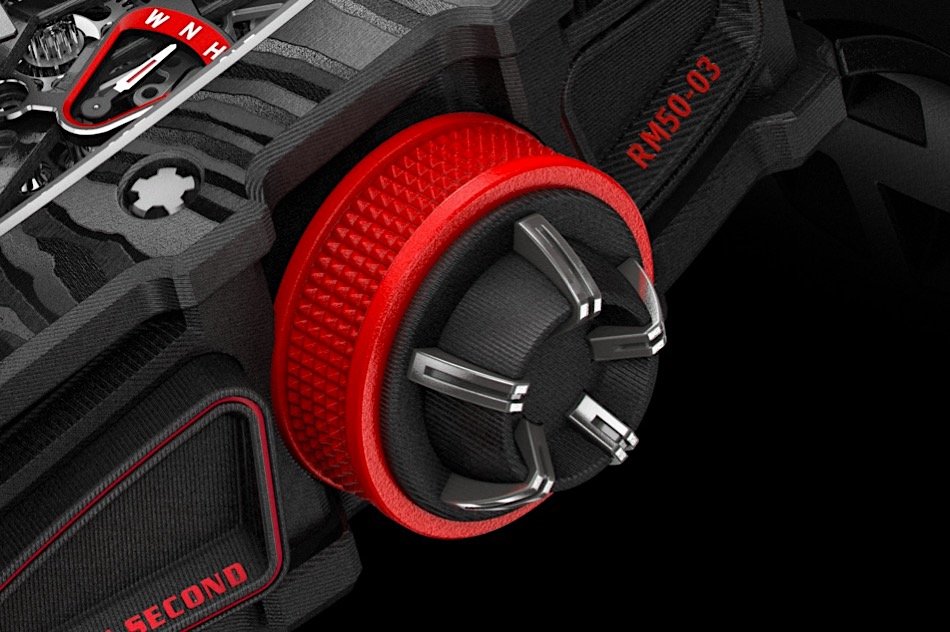 To maintain the exclusivity factor, the RM 50-03 McLaren F1 will be produced in a numbered limited edition of 75 pieces and will be available at Richard Mille boutiques only. Fun fact: each watch comes accompanied by a 1:5 scale model of the McLaren-Honda racing car driven in 2017 by Double-World Champion Fernando Alonso and Stoffel Vandoorne. So, get set, ready, go!