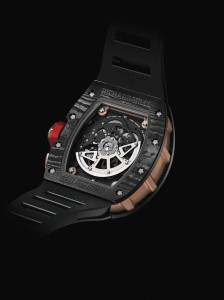 This elegant and unassuming true gentleman is also a front-ranking driver who has quickly made his name in motorsports: champion in the F3 Euroseries in 2007 at just 21 years old, the following year winning the first edition of the GP2 Asia Series championship before triumphing once again in the GP2 Asia Series and the GP2 Series in 2011. It is no doubt for his determination, capacity for technical analysis and his intense will to win that this outstanding racetrack performer was appointed official Lotus F1 Team driver.

Romain Grosjean will be testing the new, light and ultra strong RM 011 in NTPT® throughout the 2014 Grand Prix season and the latest information is that he will be wearing his watch outside his overalls, where it will be subjected to knocks, vibrations and weather conditions. The strap, too, will have to be strong enough to resist being torn off at the high speeds imposed by this sport.

This strap will be mounted on the NTPT® carbon watch case of the new RM 011 Lotus F1 Team-Romain Grosjean, an automatic flyback chronograph movement in the colors of the British racing team.

NTPT® carbon is a material exclusive to Richard Mille, consisting of over 600 layers of carbon fibers. It is corrosion-proof, exceptionally rigid and highly resistant to impacts. These properties will be indispensable for the new RM 011 which Romain Grosjean will be wearing outside his overalls and in direct contact with the environment for the first time in motor sport history. 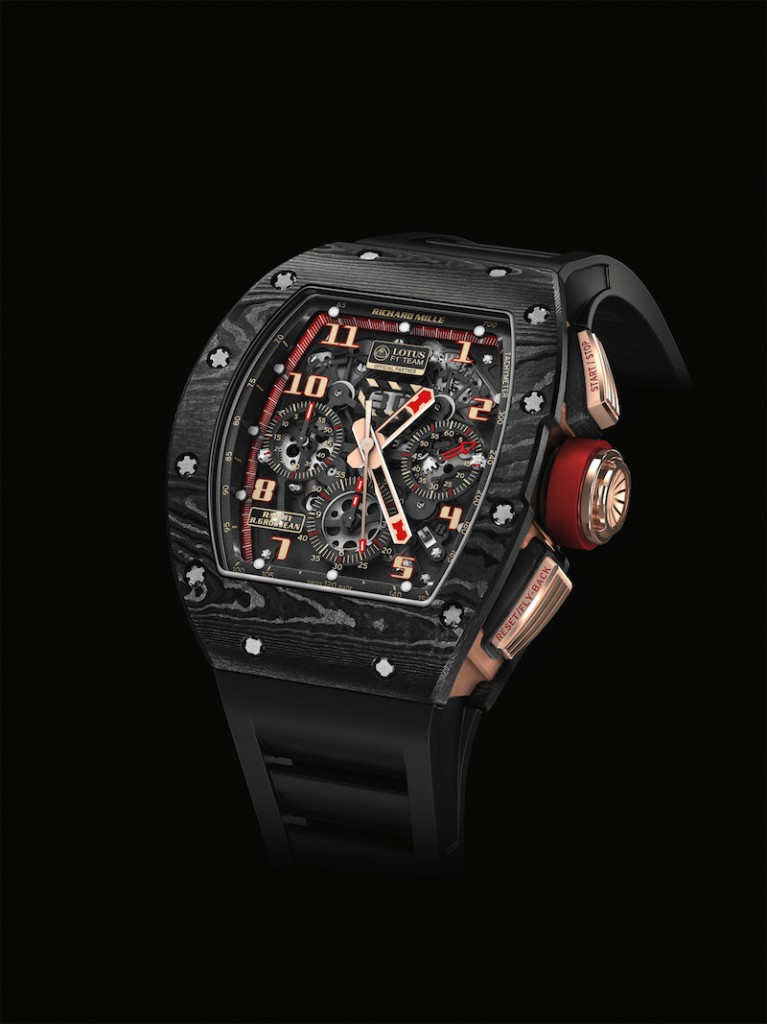