The latest collaboration between art and haute horlogerie sees Richard Mille work with street artist Cyril Kongo to incorporate a world of colors to the heart of a watch movement: the new RM 68-01 Tourbillon Cyril Kongo, a first in the industry, is a masterpiece limited to 30 pieces worldwide. More than a tourbillon calibre, the timepiece served as a canvas for the artist’s creativity that became an integral part of the watch. Richard Mille and Kongo succeeded in transferring graffiti from city walls to the bridges, baseplates and sapphire dials of a watch. 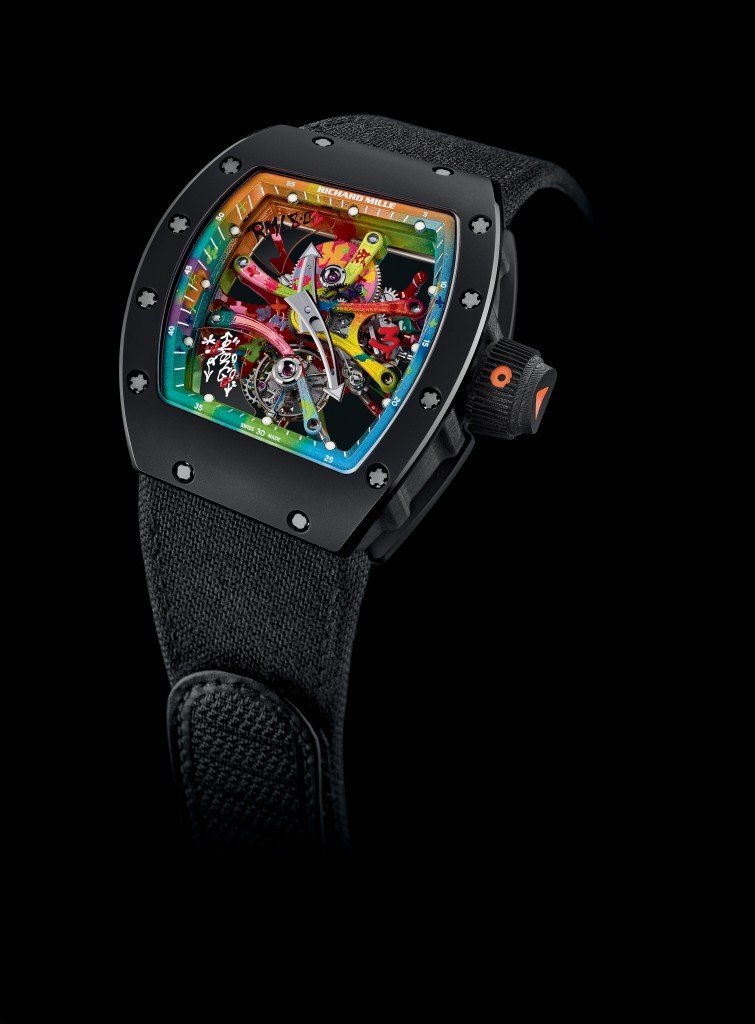 ‘He has pushed back the furthest boundaries of horological technique. This is exactly what I wanted, to bring Kongo into a watch. Cyril Kongo made it his own, from the movement to the tourbillon, by way of the case and dial,’ said Mille.

“I come from graffiti.”

Kongo’s work originated from graffiti; he learned art in the street. And whilst he needed to keep in touch with that world, he also needed to explore what was happening elsewhere. Being a painter who’s “not bound to a single space, nor to any particular surface”, he experienced a new platform, much smaller than the ones he was used to, but much larger in terms of a challenge. To be able to apply his art to the extremely limited surface of a calibre, Kongo had to revise his approach to graffiti, and succeeded in showing his work from every aspect of the piece, face to back, dial to movement. 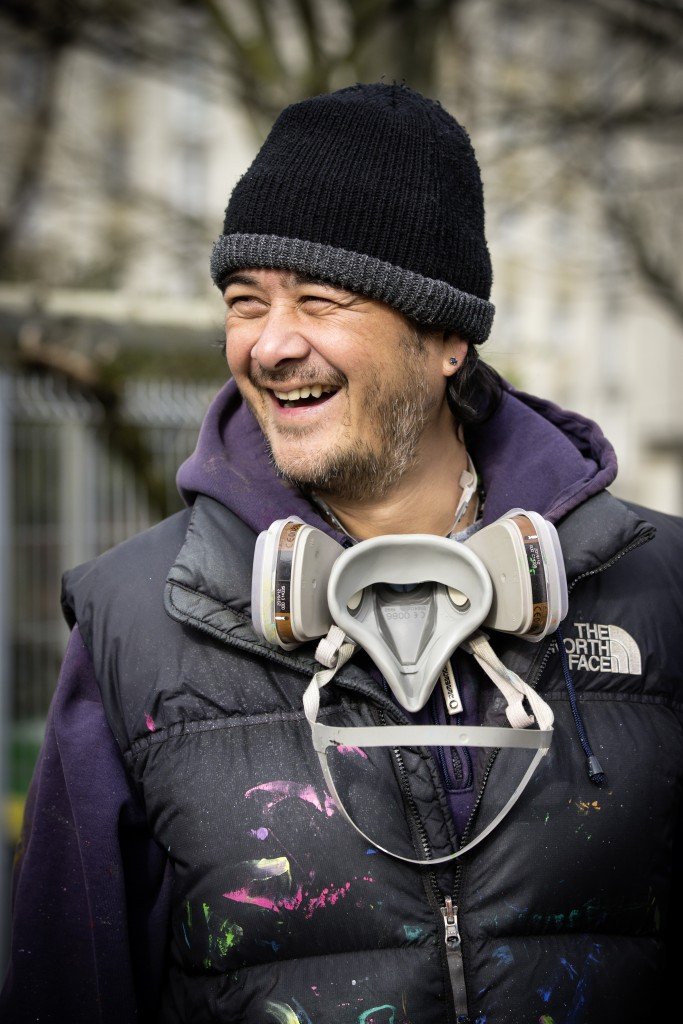 The painting technique Kongo used was developed over more than a year of hard work and cans of patience; a special airbrush allowed the artist to delicately spray his colors, one droplet at a time. The weight of the paint was strictly determined early on to avoid jeopardizing the calibre’s equilibrium. This same technique allowed the artist to draw lines that are barely visible to the naked eye and which can’t be reproduced directly by hand. Each and every component of each watch was painted in the hues of the man known as ‘Mr. Colourful’. 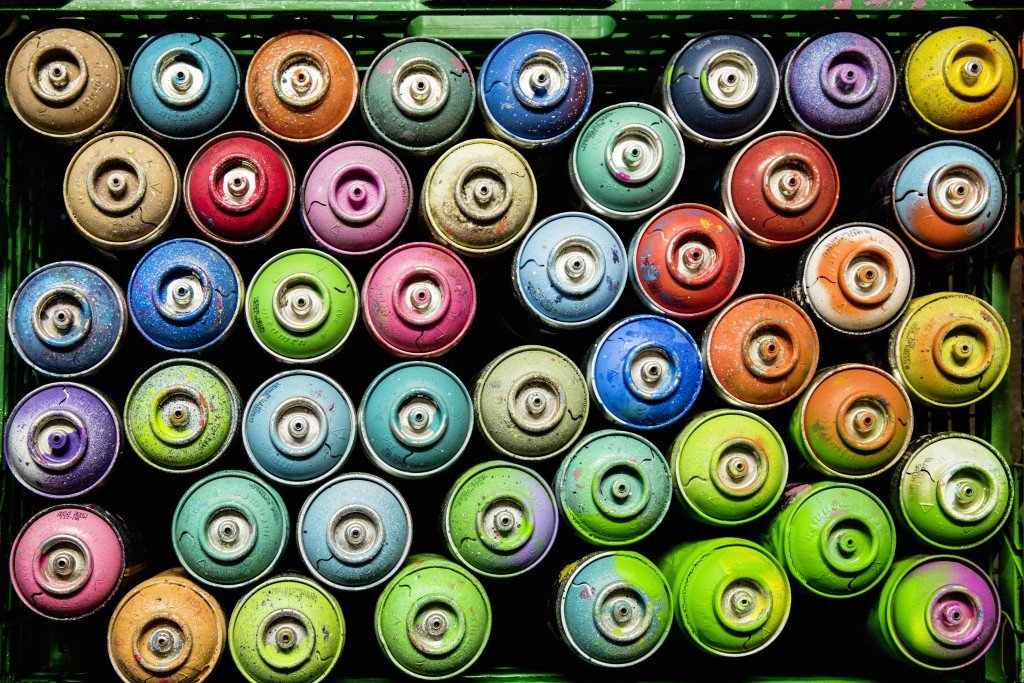 The back of the watch reveals the central form of the tourbillon movement’s baseplate, with an amazing visual effect making it look like a splash of paint physically thrown against a wall. The different movement bridges are visible on the front in different directions, resembling wild brushstrokes.