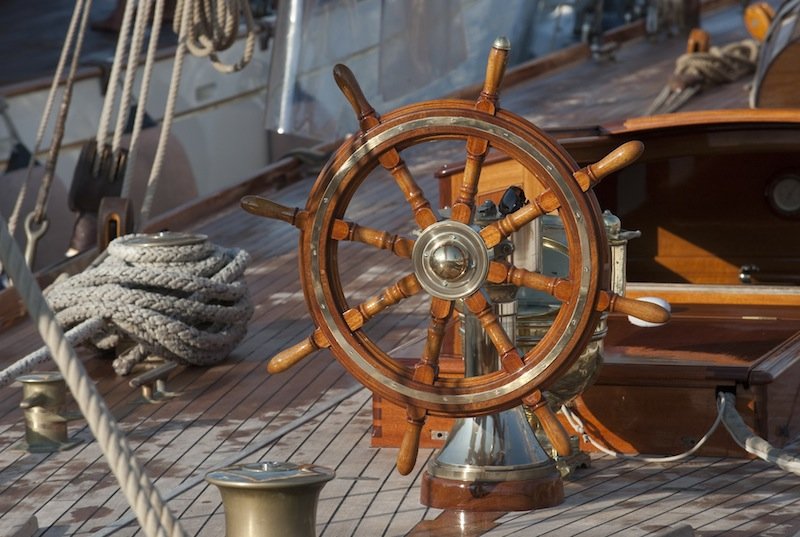 The eighth edition of the Mediterranean Circuit of the Panerai Classic Yachts Challenge, the series of international regattas for vintage and classic yachts sponsored by Officine Panerai, gets underway at Antibes in France. Between May 30th and June 3rd, a fleet of around 60 stunning yachts will gather in the Côte d’Azur resort town to compete in the 17th edition of Les Voiles d’Antibes – Trophée Panerai. 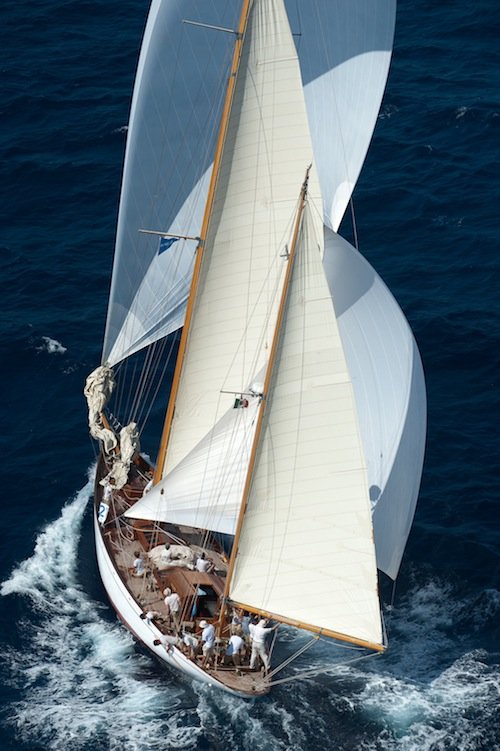 This first major event of the classic sailing season promises to be spectacular both in terms of the quality of the yachts entered and the growing interest in the circuit. In fact, in the space of just a few years, the latter has become a favourite meeting ground for hundreds of owners as well as an international reference point for classic boat enthusiasts.

Also present will be several winners of past editions of the Panerai Classic Yachts Challenge, including the winner of the Big Boats class in 2011, Moonbeam IV, the 1914 gaff cutter aboard which Prince Rainier of Monaco and his bride Grace Kelly honeymooned. Also attending will be the Italian Navy’s 1963 Bermudan yawl Stella Polare which last year took the top prize in the Classic Yacht category. Stella Polare is crewed by naval cadets from the Livorno Naval Academy.

The Vintage Cutter class will feature no less than four 19th century vessels: Lulu (1897), Tigris (1899), Bona Fide (1899) and Marigold (1892). This year sees Marigold also celebrate the 120th anniversary of her launch at the Camper & Nicholson yard in Britain – an astonishing milestone that makes this Victorian cutter a true rarity on the classic boat scene.

With more than 20 yachts entered, the largest class will be the Vintage Marconi, which includes the likes of the 1930 Emilia, the second Italian International 12-Metre Class and now standard-bearer for The Yachting Heritage Society of Monaco, and the 1937 Manitou, a yawl once dubbed TFWH, The Floating White House, because President John Fitzgerald Kennedy always kept in constant contact with the Pentagon and his staff whilst holidaying aboard with his family. The Blue Peter (1930) is one of the many very loyal repeat competitors on the circuit too – this being the eight consecutive year she has entered the Panerai Classic Yachts Challenge.

The Spirit of Tradition category also numbers two yachts by English designer Sean McMillan who penned the 14-metre Ilhabela II and the 23-metre Nazgul of Fordell. Both were built in England by Spirit Yachts, which enjoys a sterling international reputation for its vast range of modern classic yachts and will soon be building a spectacular new 42-metre wooden J-Class.

Throughout the five days of the event, the old port in Antibes will also play host to many events and initiatives for both crews and visitors alike: open-air concerts, exhibitions and traditional and classic boat trade stands. The Panerai Lounge will feature post-race discussions and commentaries in addition to video screenings of the action at sea.

All of the yachts participating at Antibes are eligible to compete for the fourth PYTA, the Prix du Yacht de Tradition de l’Année, a prize awarded to the traditional boat of the year. The winners of the previous three editions were Moonbeam IV in 2009, Bona Fide in 2010 and Mariquita in 2011, all assiduous competitors on the Panerai circuit. The Antibes regatta, in fact, marks the start of the selection process for the yachts that will compete for the PYTA 2012. The Prix will be presented to the winner in December in Paris.