Panerai is the product of distinct traditions rooted in two different countries: the sophistication of Swiss watchmaking artistry and an illustrious history of design inheritance from Italy. They are the foundation of a respected brand that mixes advanced horological and aesthetic achievement. 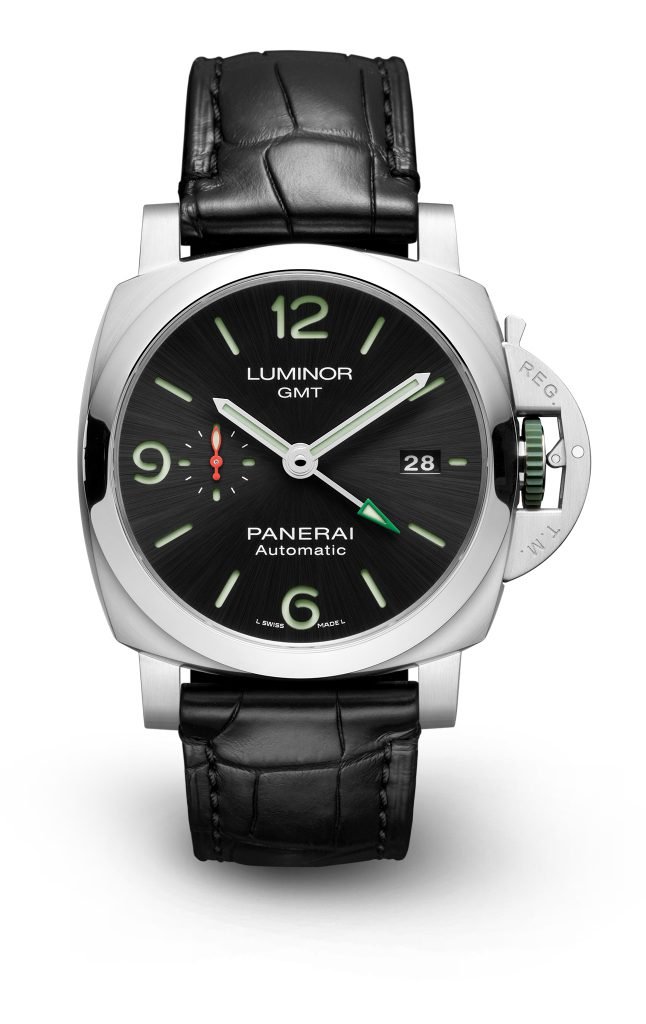 A destination with its own unique qualities inspired a brand new Panerai watch: the Luminor GMT Spirit of the Union (PAM01971), available exclusively at the Panerai boutiques in the United Arab Emirates.

Available in a limited edition of only 200 pieces, Panerai created the Luminor GMT Spirit of the Union to celebrate the 50th anniversary of the formation of the United Arab Emirates, a significant milestone in the young nation’s history.

The watch’s P.9010/GMT caliber alludes to the history of the UAE: a green GMT hand and rubberized crown recall the colors of the national flag, as does the shimmering black sun-brushed dial, while an engraving on the caseback reads “Year of the Fiftieth” in English and Arabic. Even the reference number—PAM01971, refers to the date of the UAE’s founding half a century ago.

The watch is accompanied by 4 rubber straps, red, green, white & black, as a recall to the nation’s flag and a black alligator strap as an elegant finishing touch for the watch.