And The Oscar For Best ‘Watch’ Goes To…

The Oscars! Definitely one of my favorite entertainment events of the year -if not THE favorite-. Mix that with timepieces and fashion, and you have us swooning! It’s a night that sees the entertainment industry’s big names roll out the best of their wardrobe, jewellery, watches, shoes and bags on the red carpet, then at the lavish parties. As much as we love checking out magnificent dresses (and making fun of ridiculous one) and designer suits or tuxes, we’re one of those whose eyes quickly travel to the wrist. Who’s on whose time? Check out our ‘nominees’. 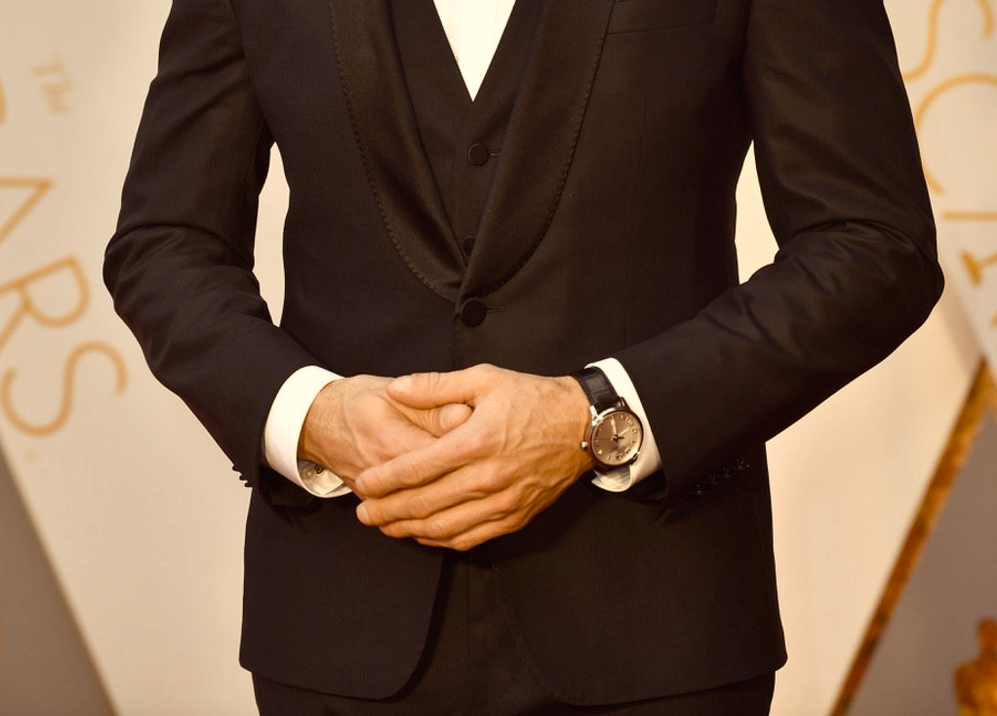 Some find her a bit too pale, others deem her to be one of the most beautiful and sexiest women (that’s us!): Nicole Kidman never fails to impress on the red carpet. Whether as a blonde or boasting a red mane, she’s always dressed to impress, from her outfits to her watches and jewellery, and this year’s Academy Awards look was no exception. Nicole’s right wrist sparkled with a “secret” wristwatch from Omega for whom she’s a brand ambassador, while her left one held a Harry Winston vintage, 1963 cluster diamond bracelet and a diamond bracelet in platinum. Matching drop earrings and a pear-shaped diamond ring completed the set.

Montblanc sure did pop up on many wrists, in the form of watches and cufflinks: more than 10 stars donned the white mountain peak crested brand’s timepieces or cufflinks, some even pairing both. Here are a few of our picks.

One of Hollywood’s top names for the past few years, American actor Jeremy Renner was very ‘timely’ at The Oscars! At his red carpet “Arrival” (all pun intended!), he wore a classic, stainless steel case and silver dial Chopard L.U.C 1937, adding the perfect touch to his well-tailored Hugo Boss tux. His date to the Vanity Fair Oscar Party hosted by Graydon Carter was a Montblanc 4810 Date Automatic.

At the arm of his wife Pauletta, Oscar nominee Denzel Washington opted for a Montblanc 4810 Date Automatic along with Montblanc Meisterstück cuff links. Although his Best Actor nomination for “Fences” did not win him a statue, he remains one of the greatest actors by our standards!

Ryan Gosling is known to have a penchant for vintage timepieces. He always wears a memorable watch to award shows, and is often seen sporting timepieces in his movies; in different scenes of his latest movie “La La Land”, for which he was nominated for ‘Best Actor’, he had both a vintage Jaeger-LeCoultre Memovox and a vintage Patek Philippe Calatrava (possibly a personal request). At this year’s Oscars, his watch created a whole mystery. Seen from a distance, it seemed to be a Rolex as it emanated several of the codes of the crown-logo brand. Knowing he has an Air-King and that he had previously worn it to the Golden Globes, we’d say -and that seems to be common consensus- that was indeed a vintage Rolex Air-King on his wrist.

With his movie “La La Land” racking up 14 Academy Awards nominations and earning him 6 trophies including ‘Best Director’, director Damien Chazelle was up on stage quite a lot. His 40mm, pink gold Jaeger-LeCoultre Master Grande Ultra Thin Small Second with a black strap contrasted nicely with his white bow tie.

Granted, we did say ‘nominees’, implying there would be a ‘winner’… But we won’t choose. We’re just contempt looking at these marvels of time! Glamour, bling, awards, laughter and emotional speeches… We’ll have to wait a whole other year to enjoy The Oscars again! And who knows, maybe next year we’ll even be in attendance!