‘Lost In Space’ With Omega, George Clooney and Buzz Aldrin

Sixty years make an impressive time for a watch collection to endure and expand. Omega‘s iconic Speedmaster had cause for celebration this April as it marked 6 decades of existence. Surrounded by a universe of light and sound, the brand celebrated the occasion with a star-filled, star-lit and star-struck event in London, in the presence of guests of honor actor, filmmaker, activist and philanthropist George Clooney, and American engineer and former astronaut Buzz Aldrin. Hosted by Professor Brian Cox at London’s Tate Modern, the “Lost in Space” evening -a real sensory experience- paid tribute to the Speedmaster’s unrivalled legacy in space exploration. The Speedmaster has been relied on as an essential tool in space for more than 5 decades, and was officially tested and qualified by NASA in 1965 for all manned space missions. Honoring that, sixty important Speedmaster models from 1957 to 2017 were part of the ‘star’ lineup. 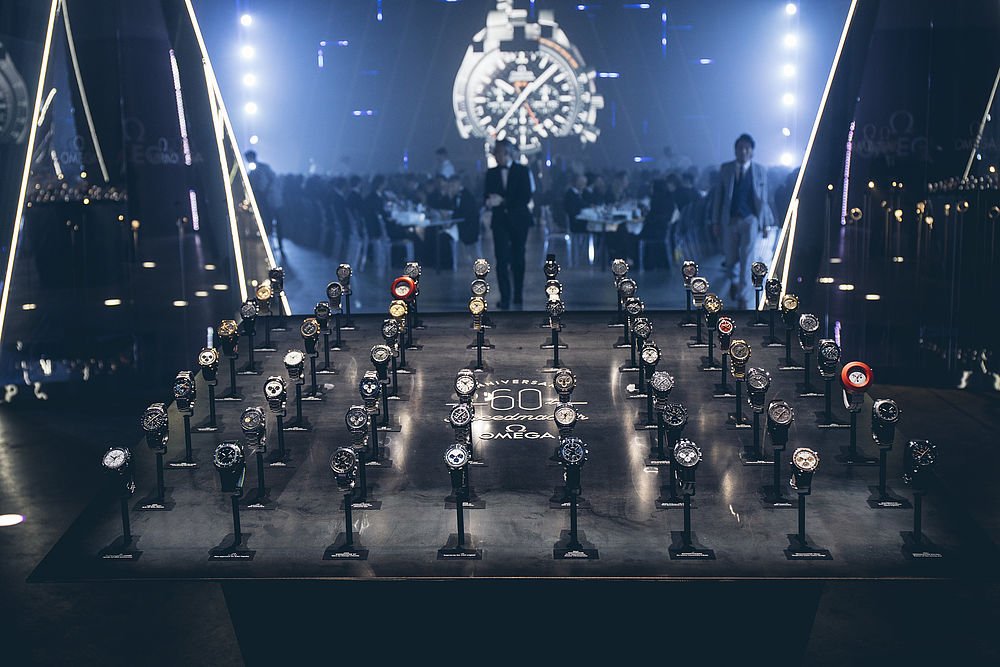 President and CEO of Omega Raynald Aeschlimann welcomed guests to the event with his thoughts about the brand’s cherished chronograph: “The Speedmaster is one of the most, if not the most, iconic chronographs in the world. Not only for Omega, but for the many men and women who have worn and trusted it. Even after 60 years, its power and charisma has not diminished.”

Buzz Aldrin, who had stepped off Apollo 11 onto the lunar surface in 1969 with his Speedmaster, making it the first watch ever worn on the moon, appeared spectacularly on stage in a spacesuit, amidst a wave of applause. He recounted his memories of his time in space: “We weren’t scared. More so, we were proud to have been able to represent everyone and to have the skills and the knowledge to carry out something that was very meaningful to us as astronauts, of course, but also to so many other people.”

Standing alongside Buzz was George Clooney, lifelong fan of space exploration: “Speedmasters were a big part of my growing up. My uncle and my father, we all had them because it was such a big part of the moon landing. And it was huge in our lives. My father gave me, as my graduation present, a Speedmaster.” Clooney gave a very personal tribute to Aldrin while recalling the moon landings: “It mattered to all of us. What you did mattered to all of us and I can’t thank you enough for your courage, your leadership and everything you’ve done.”

The Speedmaster 60th anniversary buzz was complemented by a creative and fun campaign that saw astronauts in full suits walk the streets of London. They were seen in casual every-day situations: queuing at a phone booth, stepping out from tube stations, entering business buildings. 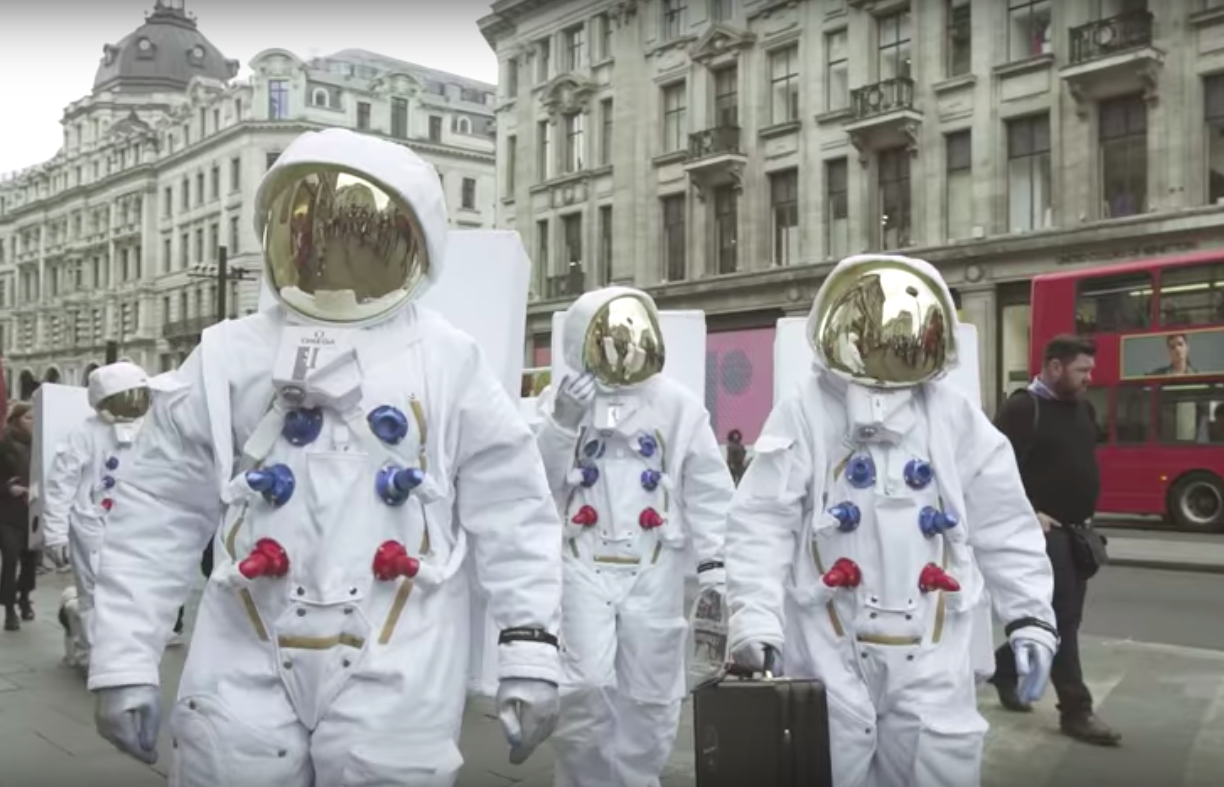 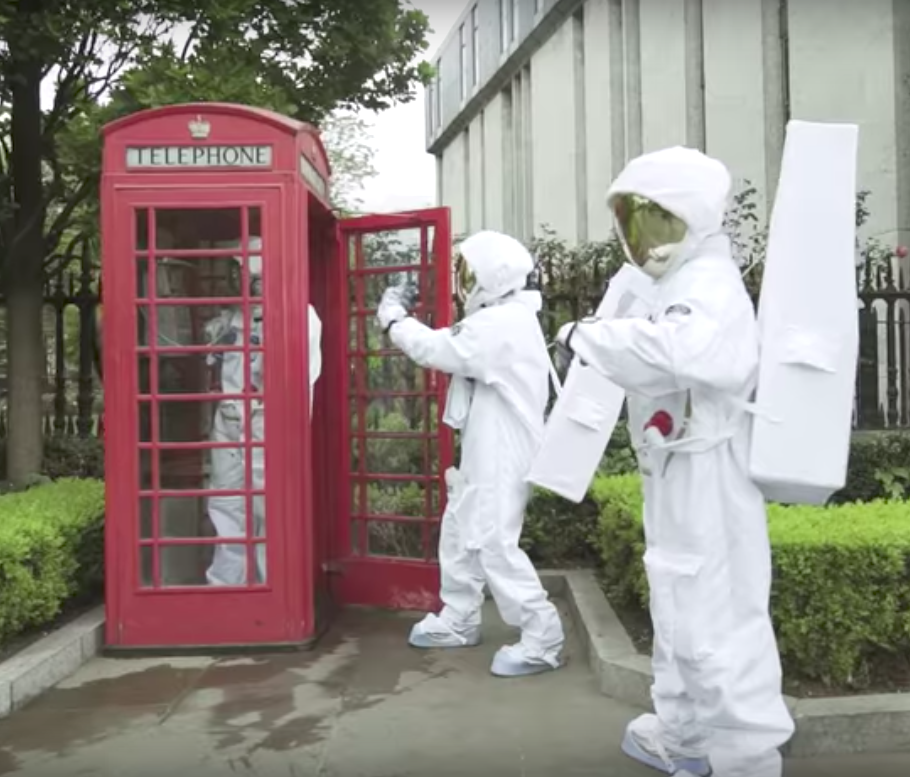 Will we be seeing the astronauts anywhere else soon? Sure hoping so!