In 1994, A. Lange & Söhne presented the Saxonia, one of four models it came up with after being re-established in the wake of German reunification. The timepiece’s name refered to the watchmaker’s homeland Saxony, a region with advantageous conditions for the development of artisanal craftsmanship. In 2016, the brand dressed the dials of its Saxonia Automatic in new terra-brown hues, giving the timepiece a warm, radiant look. After the boutique-edition was launched in Tokyo, it made its way recently to Dubai, where it posed against some of the city’s most breathtaking or most authentic architecture, before settling at the Lange boutique.

While Dubai is a fairly “new” city, a constantly developing metropolis that has become a hub for contemporary design and architecture, it retained some of its traditional aspects, in an ode to its history and impressive story. What would a visit to Dubai be without an iconic photo in front of the world’s tallest skyscraper, Burj Khalifa? An impressive feat of architecture and construction, the Burj formed a striking backdrop for the elegant Saxonia Automatic, in a strong contrast of steel and terra-brown. 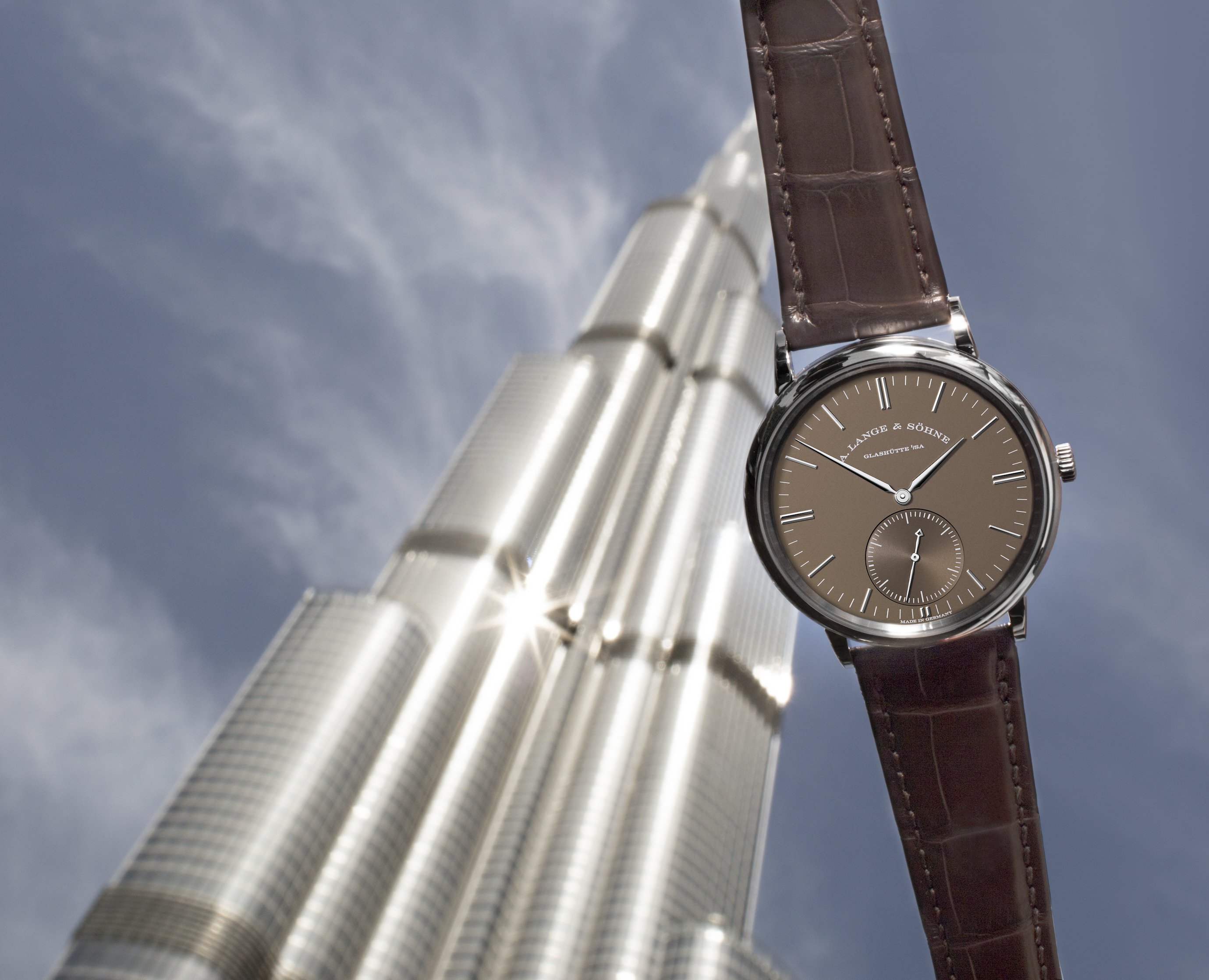 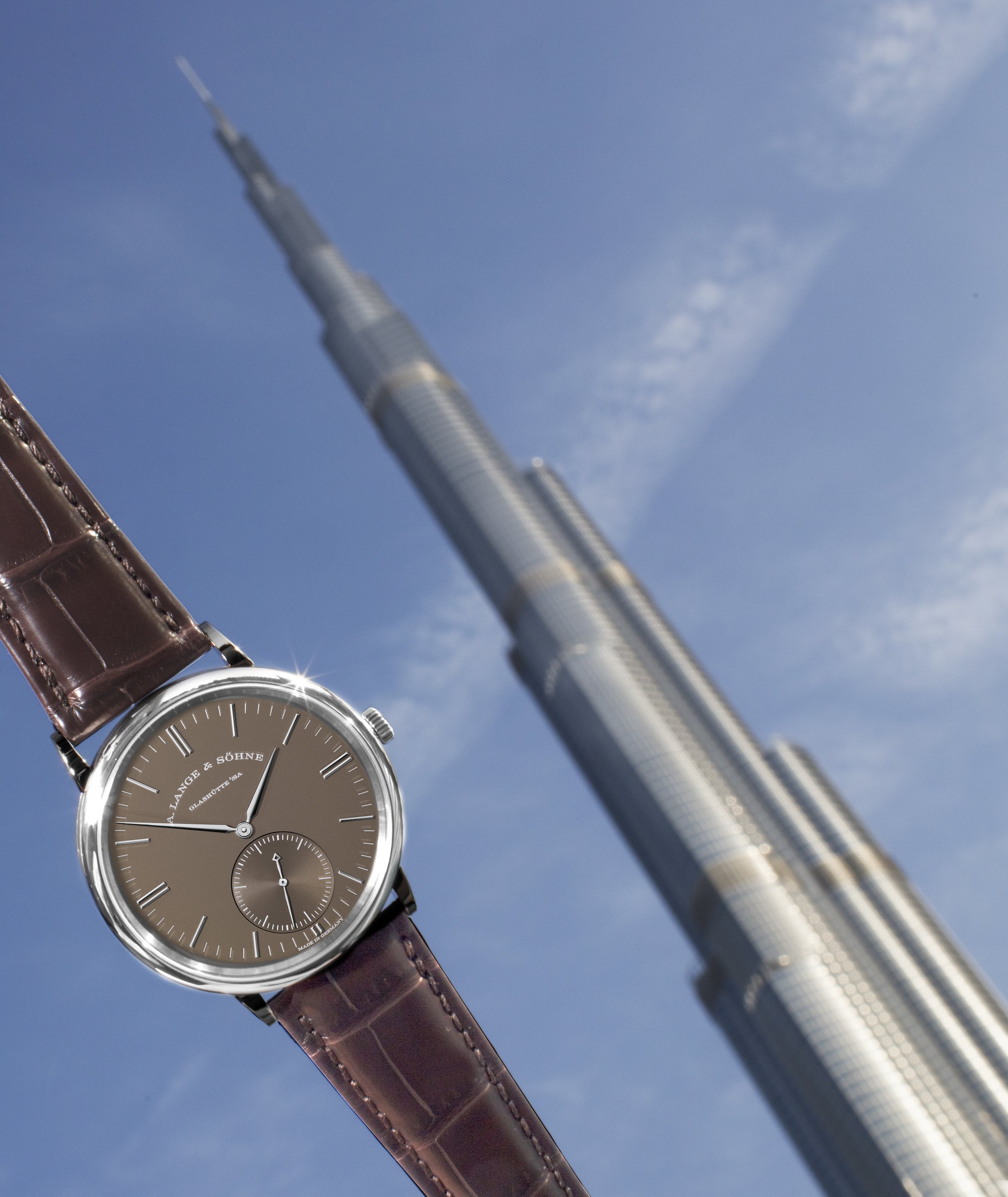 In a visit to an older, more cultural part of Dubai, the timepiece’s coloring complemented perfectly the earthy tones of Bastakiya District‘s historic buildings, which are modeled after ancient houses. Just like the watch’s craftsmanship is transcribed in its new look, the two settings represent the traditional and innovative aspects of the city of life. 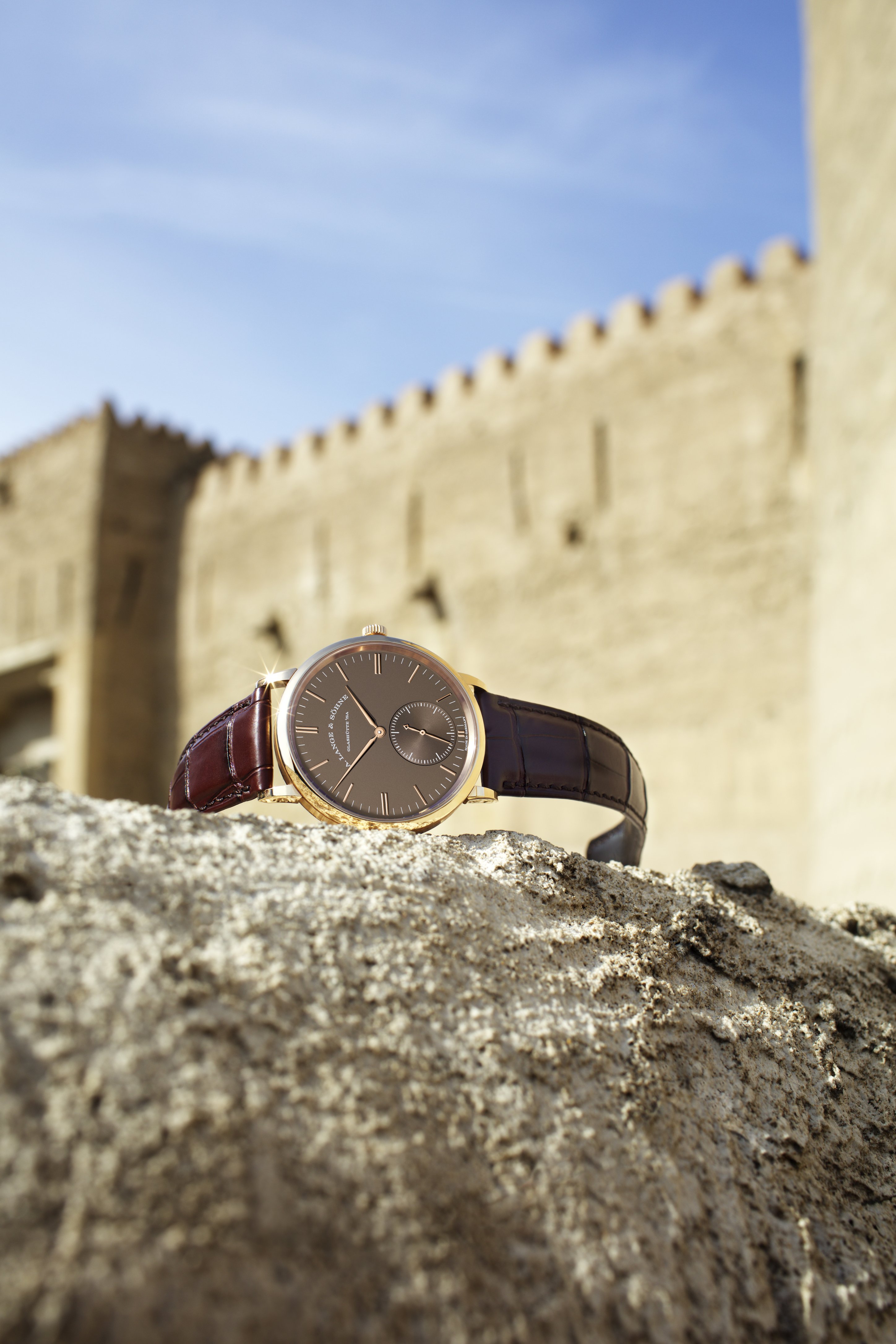 The current Saxonia Automatic is based on the 2015 redesign with its new minute scale and extended baton indexes for improved legibility. It is powered by the self-winding Lange caliber L086.1, giving it a power reserve of 72 hours. The 38.5mm case is available in pink or white gold, with matching solid-gold hands and hour markers. Just like history and innovation hold the city of Dubai together, hand-stitched red brown or dark brown alligator leather straps hold the case, emphasizing the warm-toned color combination.