The mastery of A. Lange & Söhne never falls short. At SIHH this year, the Saxony brand, under its 2016  ‘Master Of Mechanics’ theme, introduced several novelties including its star watch, the Datograph Perpetual Tourbillon, a technical feat where time never stands still. We caught up with Regional Brand Director Ramzi Nael for an update on Lange’s current status and future plans. 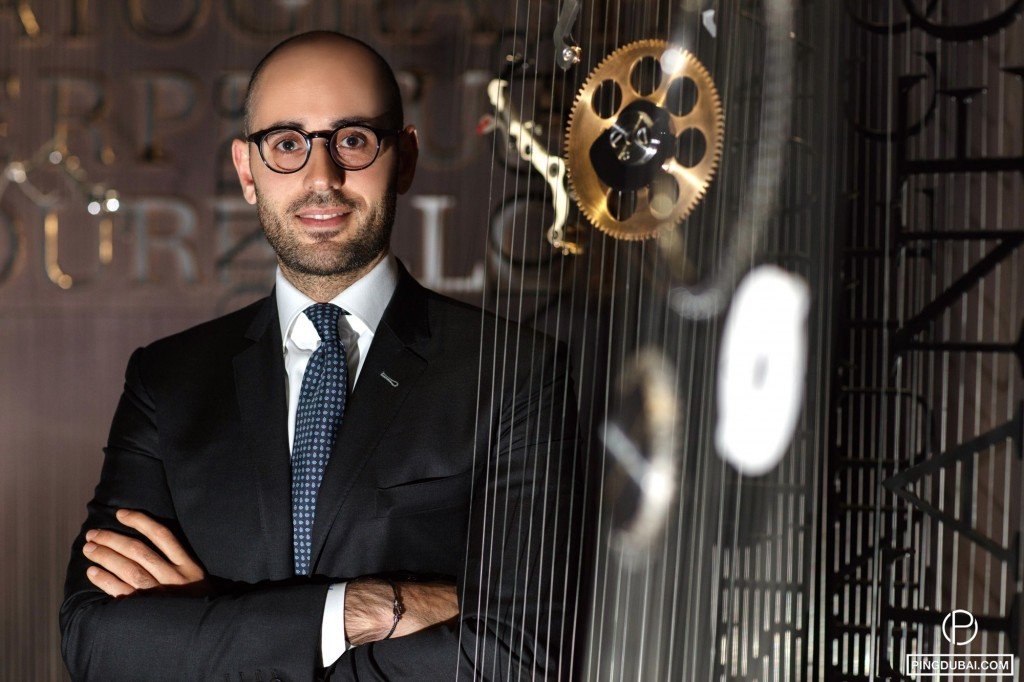 Ramzi explained that the brand’s success rests on its DNA, which is supported by three elements: high level of finishing, skilled watchmakers and the double assembly process that is unique to their production.

Nael asserted that the Middle East is an important market to Lange, especially in Dubai with around 50million visitors yearly. Future plans include opening a boutique in Lebanon, and expansions in Kuwait and Saudi Arabia.

Watch the full interview in our special video.

Spiralling back to the Datograph Perpetual Tourbillon, this masterpiece marries three major complications: a flyback chronograph, a perpetual calendar and a tourbillon. The column-wheel chronograph, referred to as “Datograph” in the watch’s name, boasts a precisely jumping minute counter, a flyback function and the typical Lange outsize date. The middle name, ‘Perpetual’ implies an instantaneously jumping perpetual calendar with a moon-phase display. The full perpetual calendar indications switch instantaneously, providing clear and accurate readings at all times.

As for the tourbillon, its mechanism is exposed by the sapphire-crystal caseback and the open tourbillon bridge. For the first time in a Lange tourbillon with chronograph, the balance beats at a rate of 18,000 instead of the conventional 21,600 semi-oscillations/hour, resulting in stopped times displays at an accuracy of 1/5 of a second.

The classically designed black dial pairs elegance with technical functionality. According to Ramzi Nael, the watch is fit in terms of layers of complications, while all indications on the dial are fully legible and operate accurately and harmoniously with its 729 pieces and calibre L952.2 movement. The new model, a limited edition of 100 watches in platinum, should be deliverable in 4 years thanks to the brand’s new Manufacture launched in August 2015.

Other novelties included the Richard Lange Jumping Seconds and the Saxonia Moon Phase.

Powered by the L094.1 manufacture calibre, the Richard Lange Jumping Seconds, with geometrical designs on its dial, pairs precision -ensured by a a one-second constant-force escapement- and crisp legibility -through the jumping mechanism allowing one-second intervals.

Interestingly enough, the smallest of the three time units, the seconds, occupy the largest circle, placed at the top, while the hours and minutes are confined to smaller circles tat the bottom left and right. 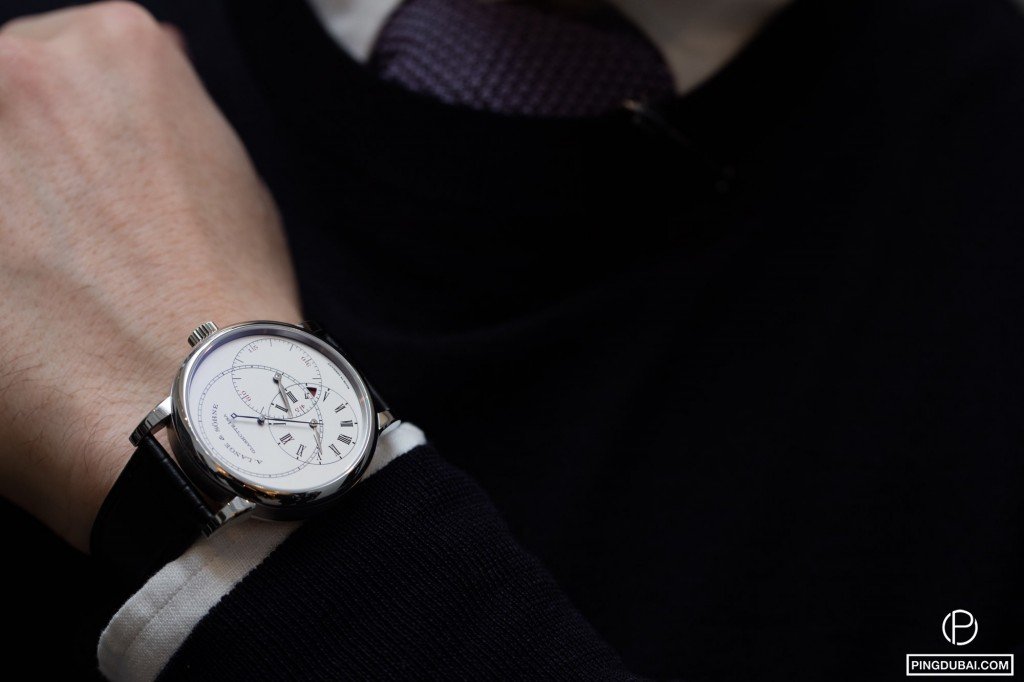 In typical German fashion, the finissage of the 390-part, manually wound movement complies with the strictest standards. The model is limited to 100 pieces in platinum.

The Saxonia Moon Phase, a slick, dual-complication watch with moon phase and outsized date, is an aesthetic beauty. An iconic brand hallmark, the gold-framed split double aperture set under the twelve o’clock position, and countered at six o’clock by the moon-phase display in the top half of the subsidiary seconds dial, was first showcased in 1994, and has been kept on this model, enhancing its elegance.

The ample 72-hour power reserve is achieved with only one mainspring barrel. A large central rotor with a centrifugal mass in platinum efficiently delivers the winding power. 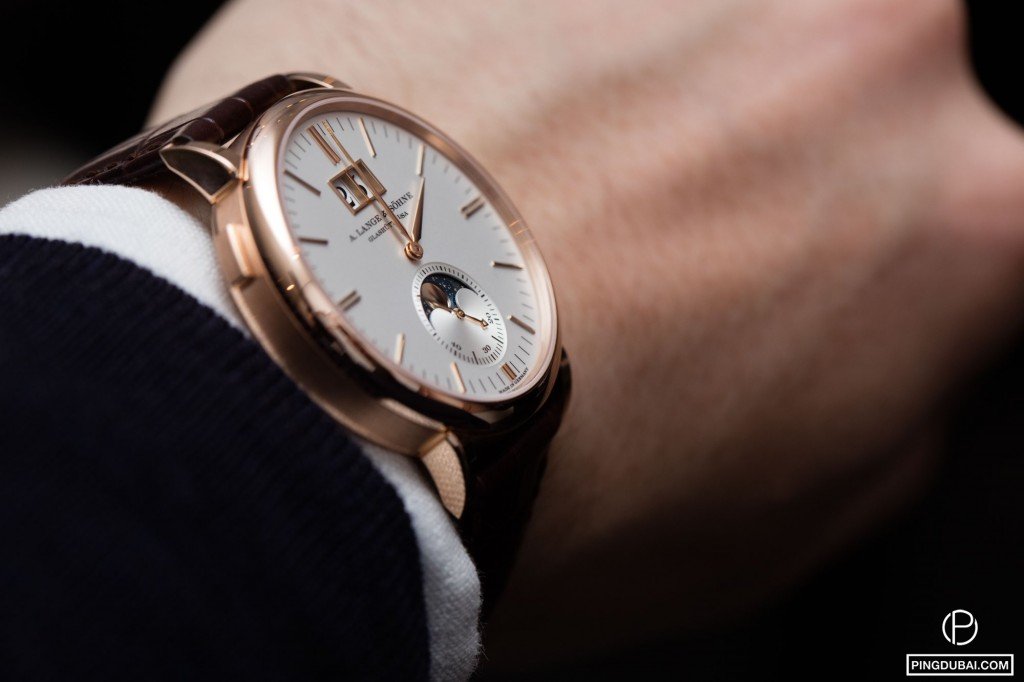 From the Datograph Perpetual Tourbillon to the Jumping Seconds and Saxonia Moonphase, A. Lange & Söhne has indeed demonstrated it is a ‘Master of Mechanics’ and an artist of design.