It’s no secret that we’re big, big fans of Batman. And it’s definitely no secret that we’re obsessed with watches. So when Swiss-made watch brand RJ-Romain Jerome announced its latest Batman related timepiece, the Skylab Batman in partnership with Warner Bros. Consumer Products, we couldn’t but be involved in the Middle East launch of the watch! Planning a Batman-themed watch launch, in partnership with Ahmed Seddiqi & Sons, is probably one of the most fun tasks we’ve ever had to do. The energetic brand stirs up traditional horology, expressing raw energy and a contemporary philosophy through its designs and a special penchant for legends and icons as a tribute to humankind’s rich history; and it’s in that context that it brought back the caped crusader, in a 75-piece limited edition timepiece introducing a new facet of “The Dark Knight”. The launch in Dubai, in the presence of Managing Director Françoise Do Linh Xuan, in collaboration with our friend TheGoodLifeInc. and with special friends and guests including the lovely Fashion-Pirate, was truly one to remember. 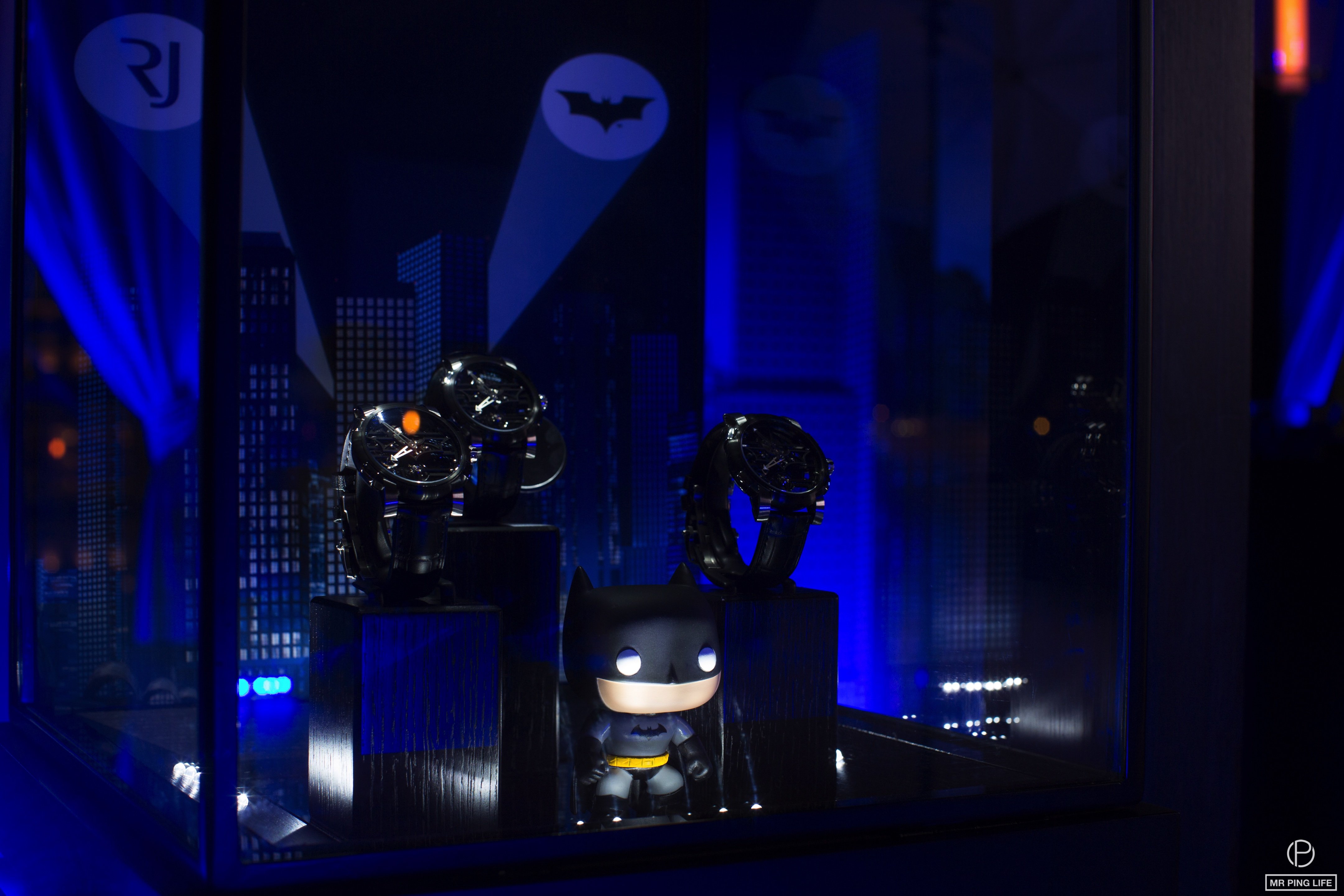 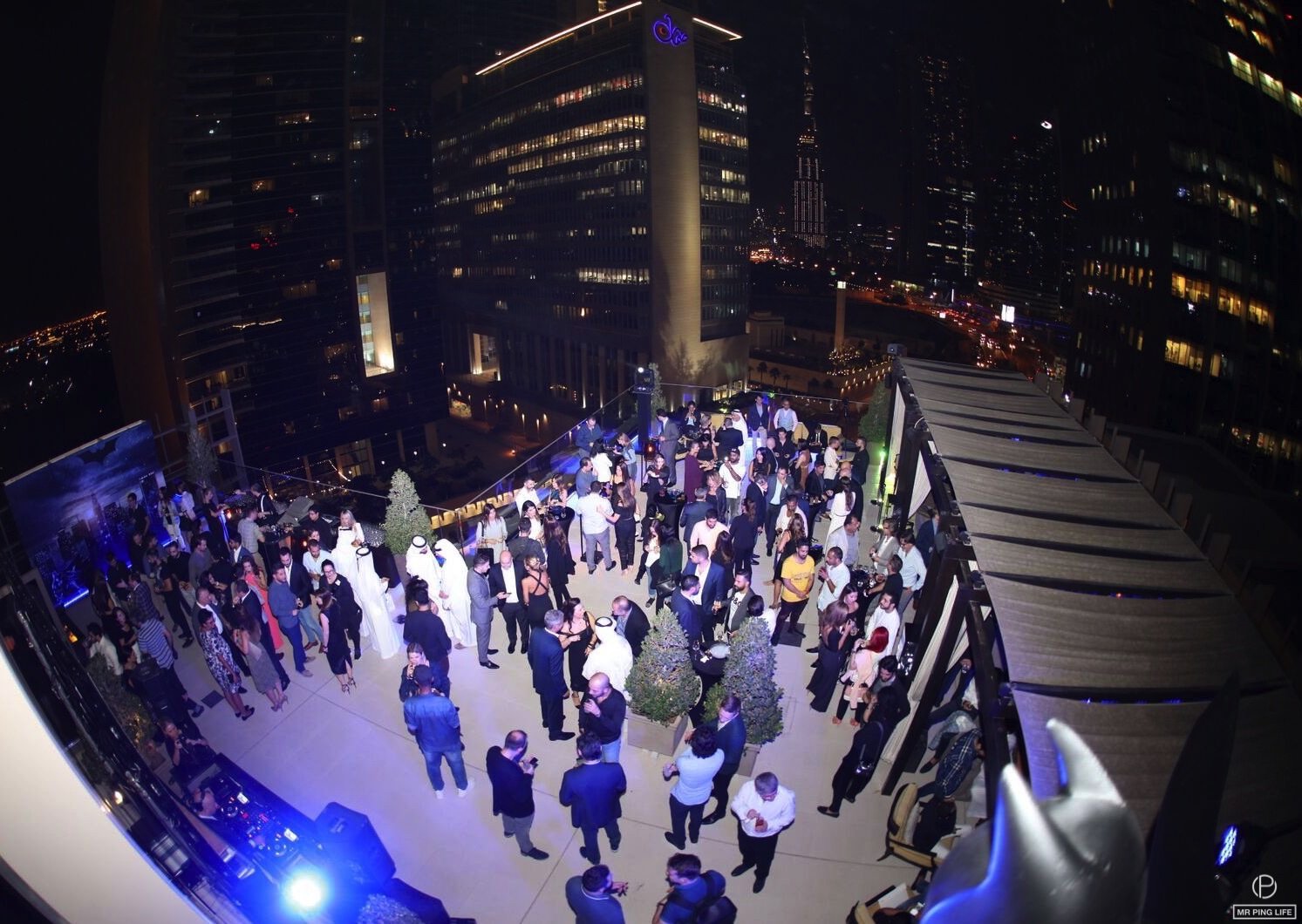 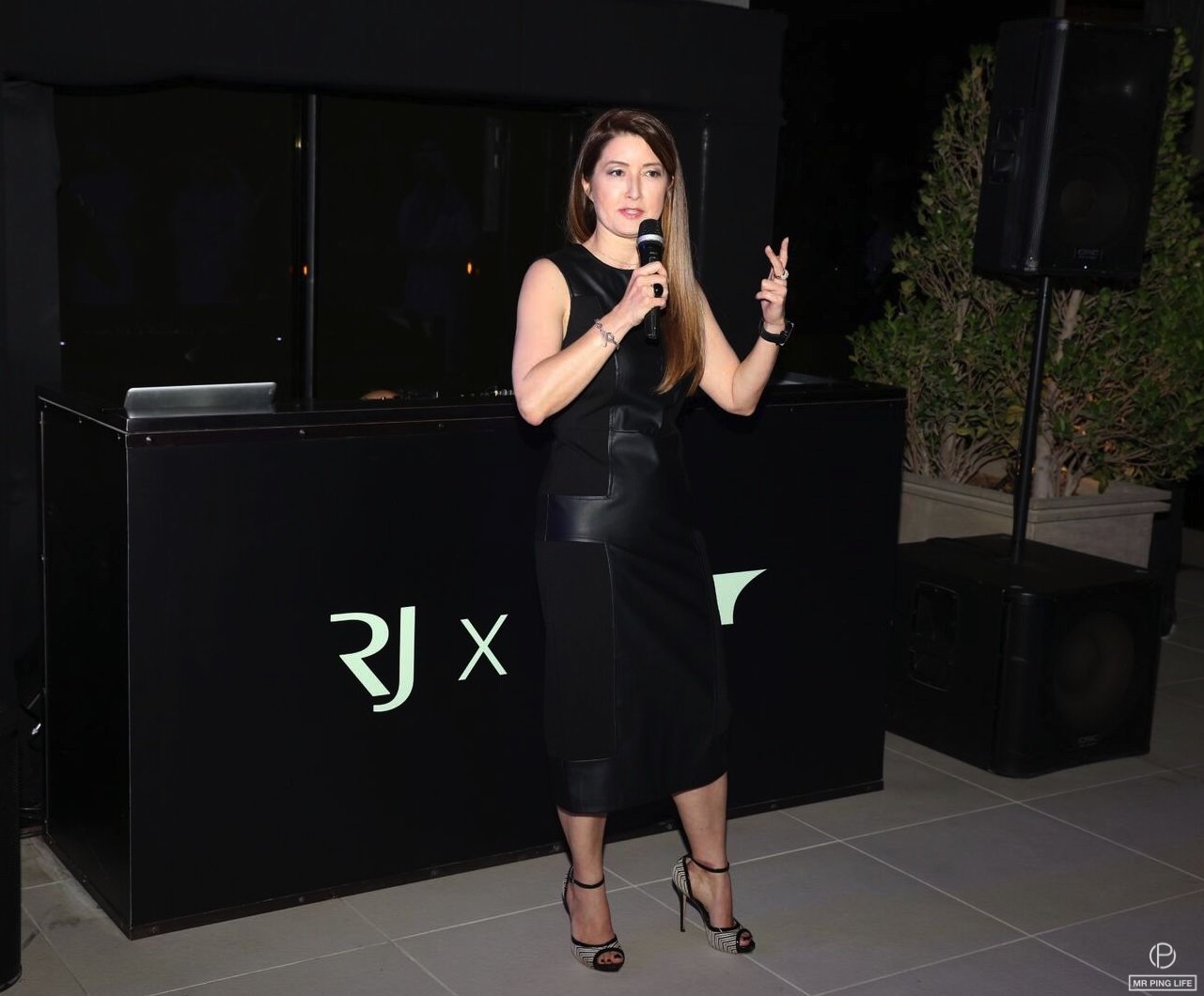 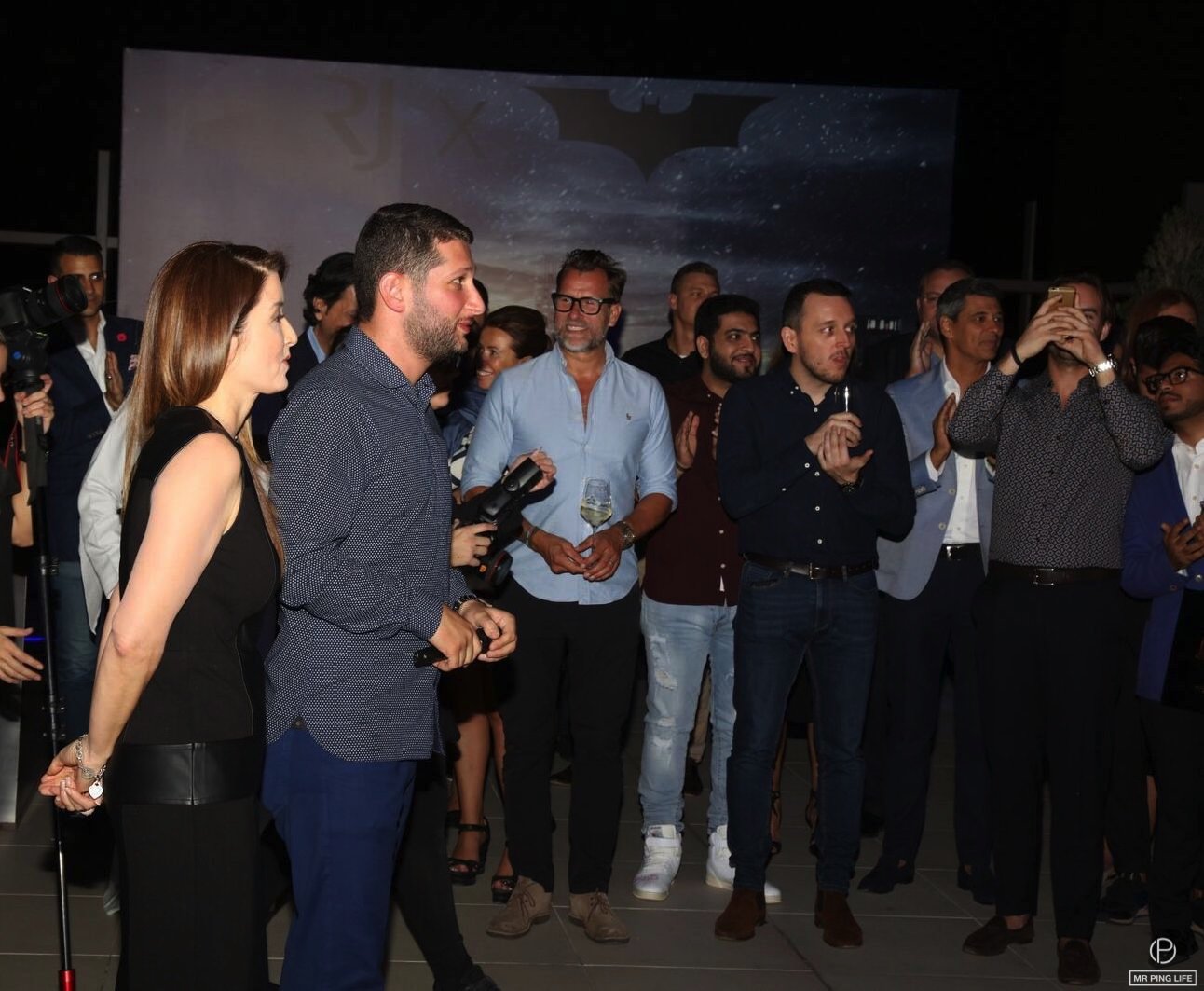 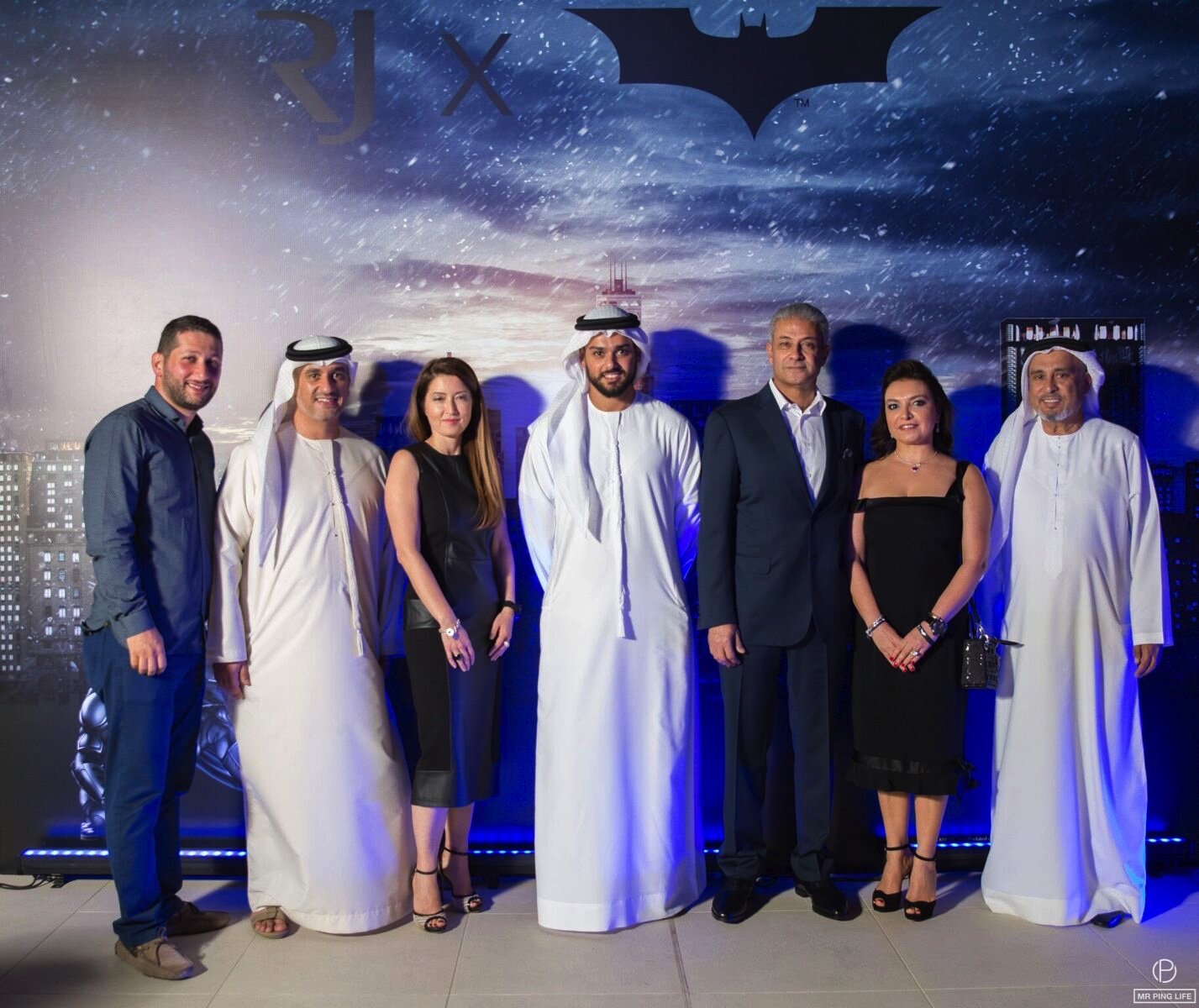 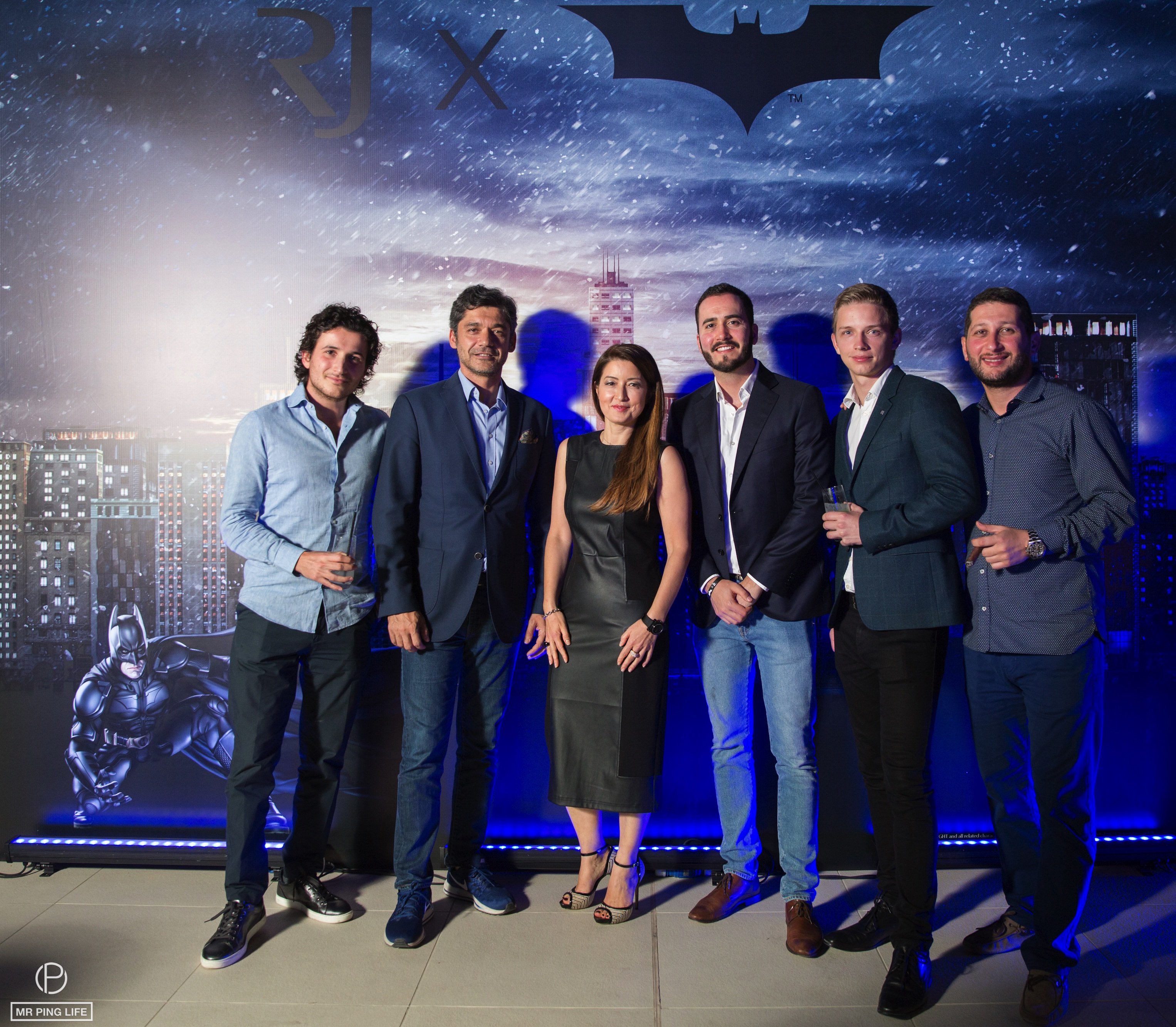 Guests stepped out on the Four Seasons DIFC‘s Luna SkyBar terrace to find themselves in Gotham City, surrounded by a midnight blue atmosphere and imposing skyscrapers. The venue was inspired by all things Batman, from music to food and drinks. “Good evening, ladies and gentlemen. We are tonight’s entertainment.” set off a big surprise; a mysterious bunch showed up between guests and performed an exciting dance to a theme song from “The Dark Knight”. That was the overture to the unmasking of the new timepiece, which guests discovered both under the light and in the dark. 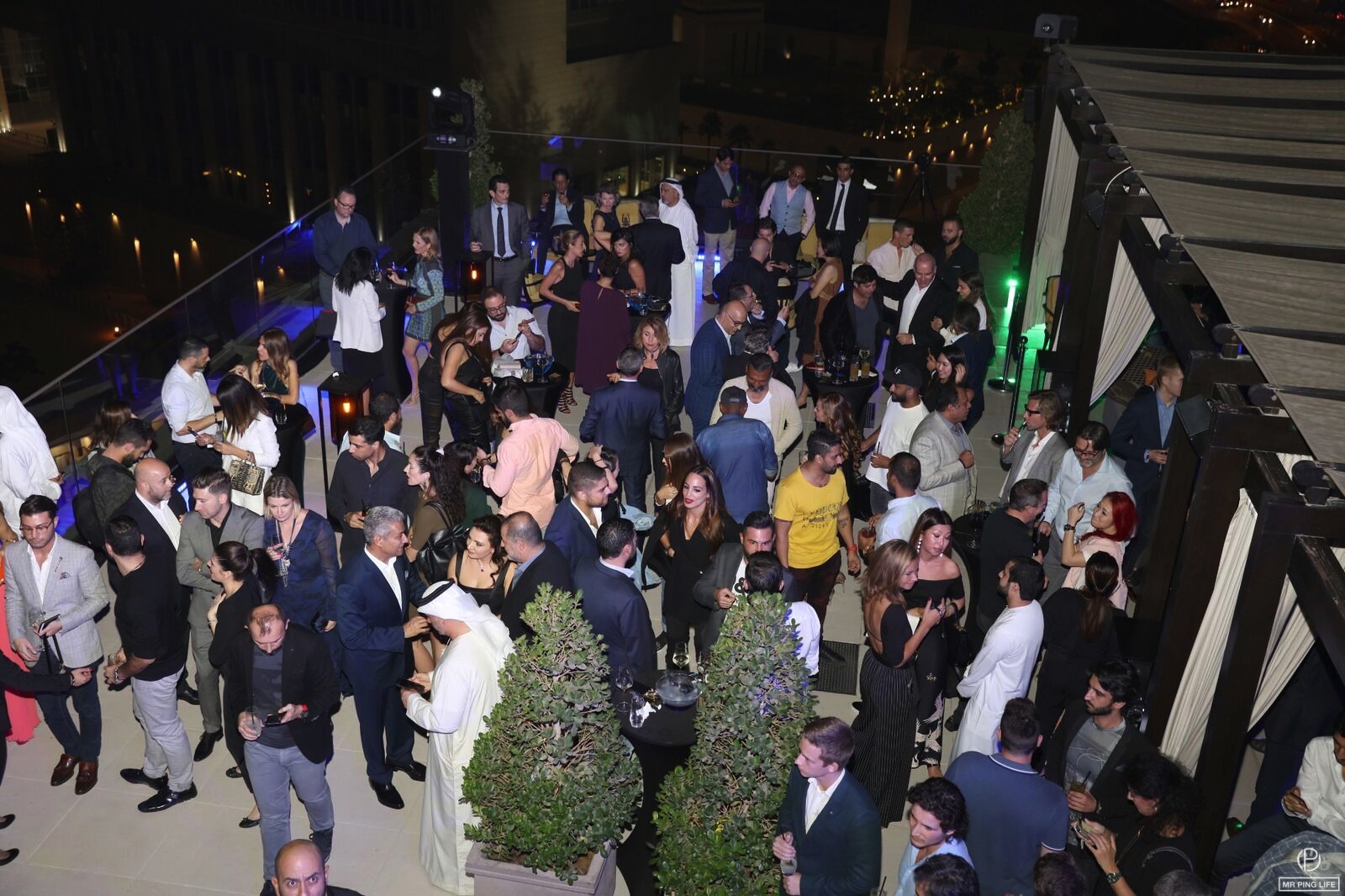 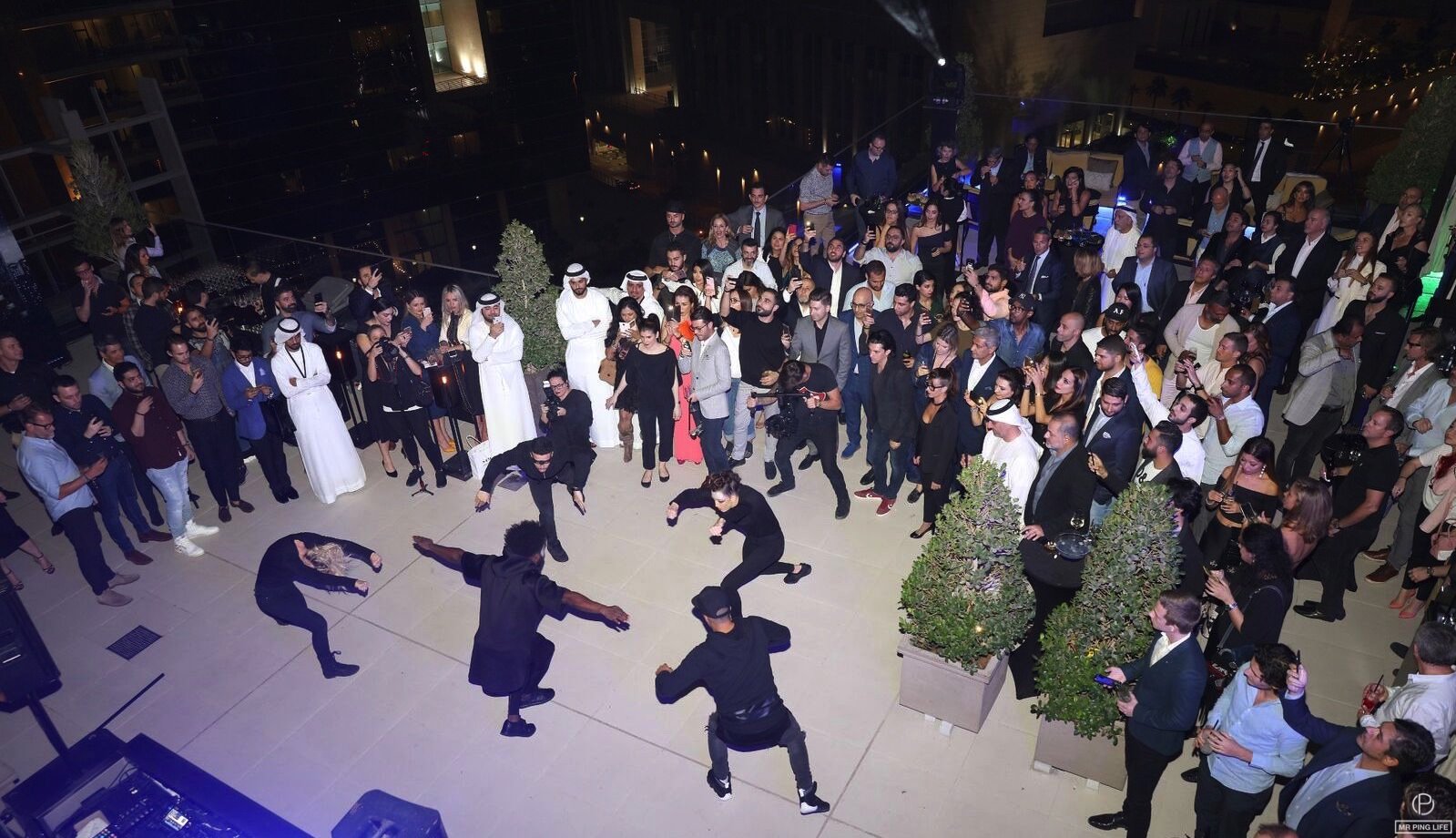 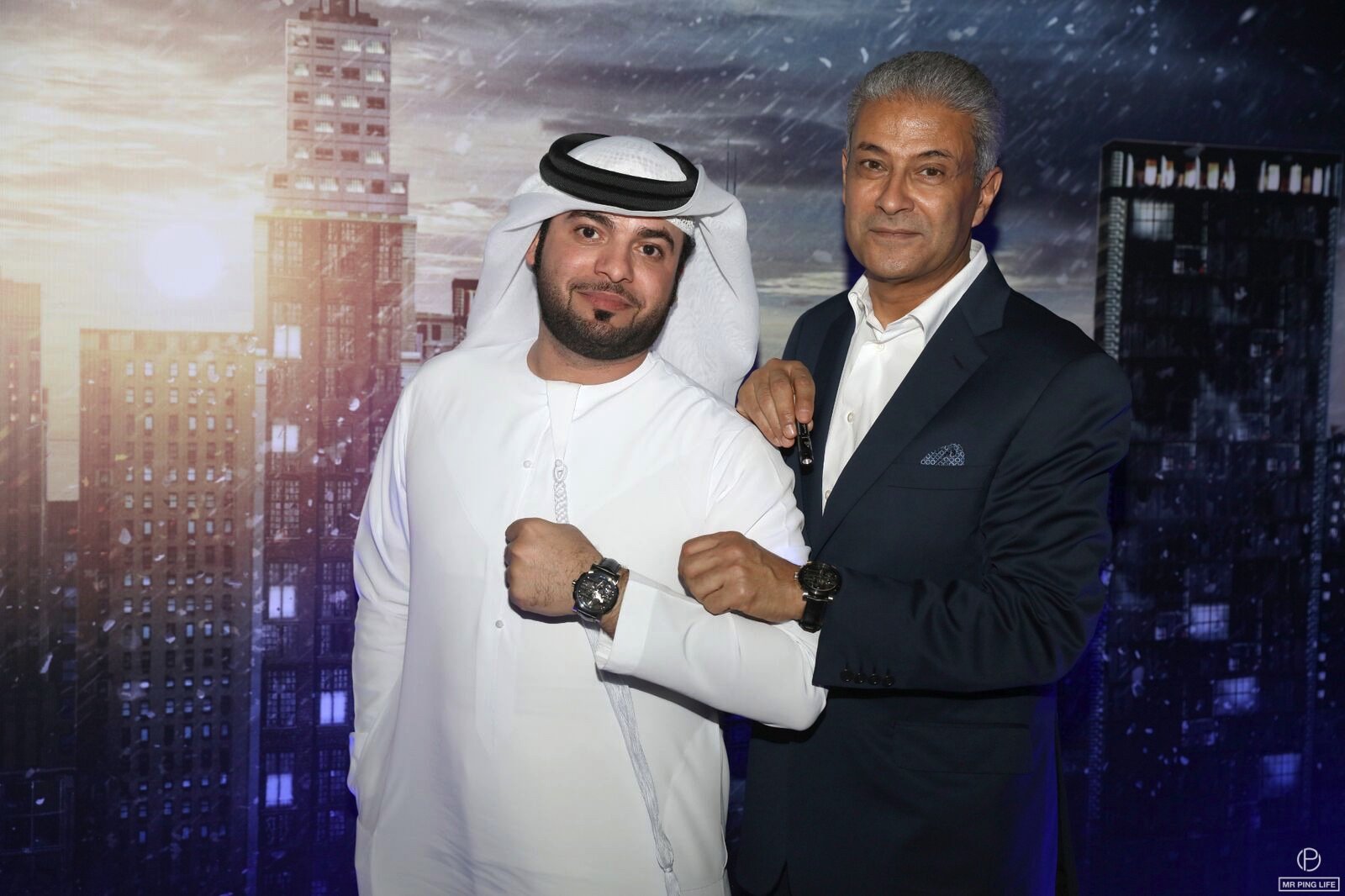 The Skylab Batman’s dial holds a familiar shape in its center: a skeletonized Batman logo. This functional applique, acting as the motion-work, recalls both the sheerness and sophistication of the skeleton movement. Its most subtle design feature though is the map of Gotham City which has been metallized onto the back sapphire crystal glass. Looking into the dial, Batman seems to be overlooking Gotham City and when darkness comes, the bat signal shines blue to echo the previous Batman models as well as “The Dark Knight” trilogy aesthetics. 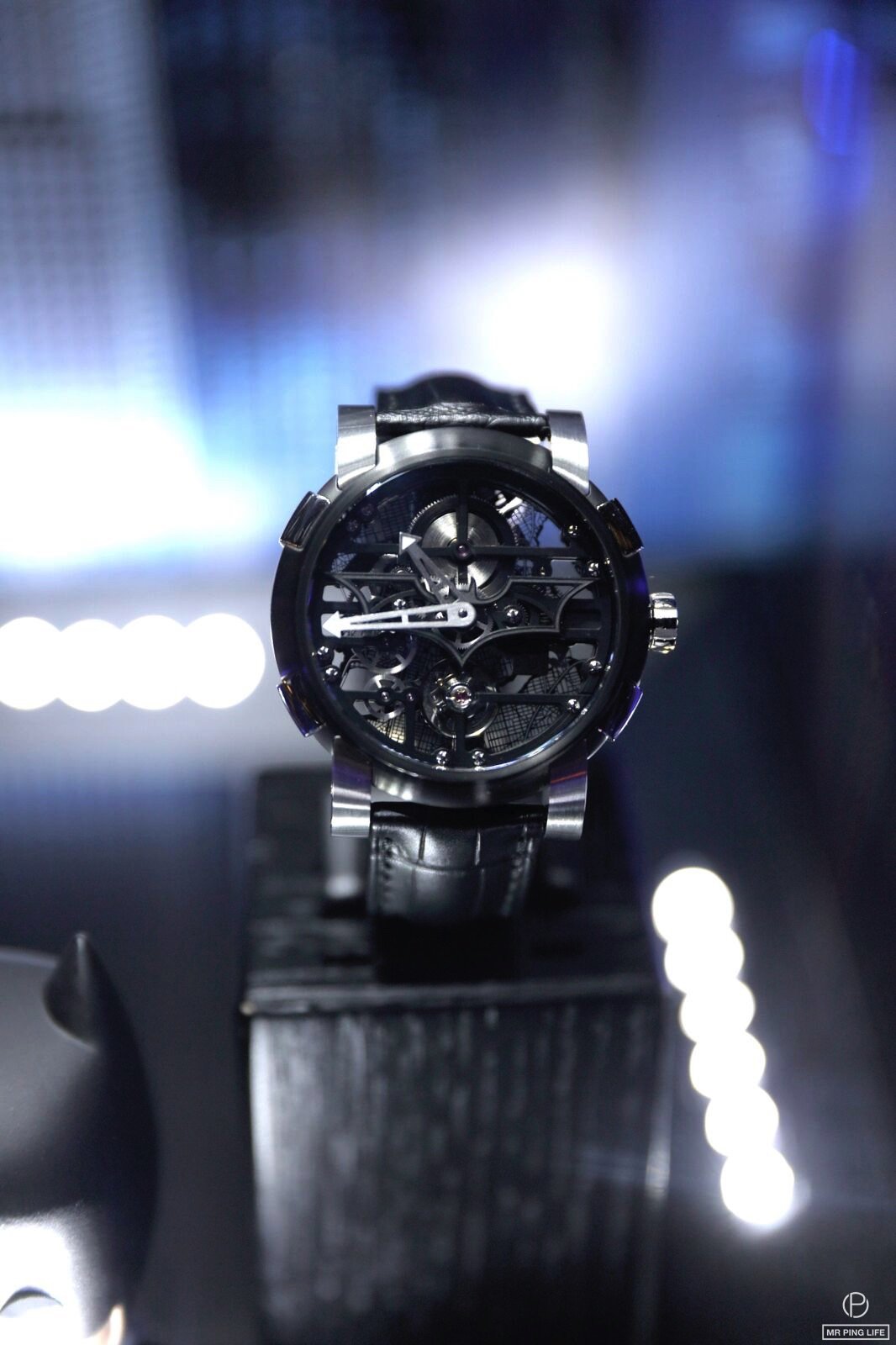 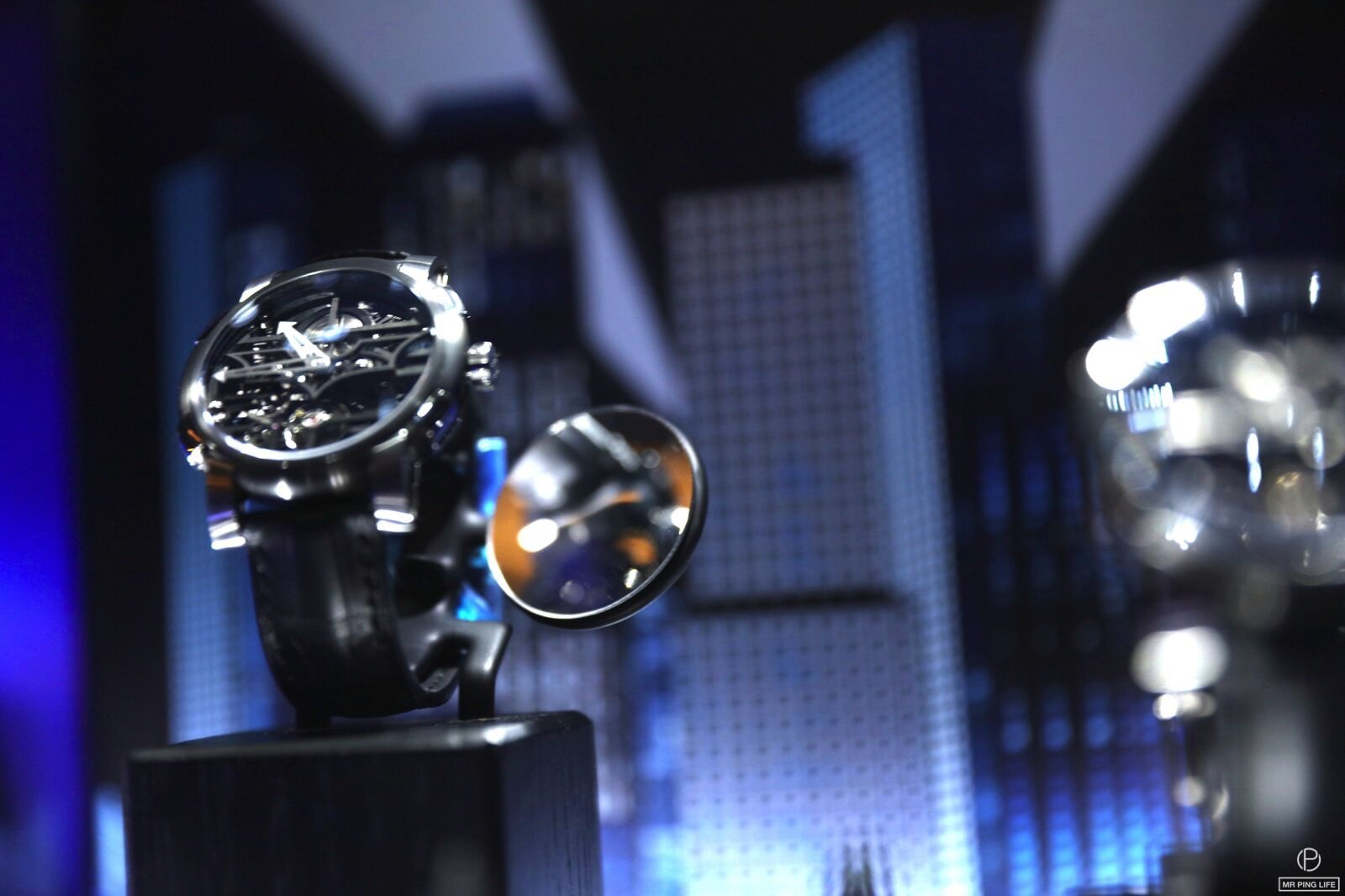 With Batman overlooking the terrace, keeping an eye out on his fans, this was the safest dark night possible!

Note: All event concepts and production are property & copyright of MRPINGLIFE and Jean Ghalo & Friends. Reproduction or utilization of photos without approval not permitted.