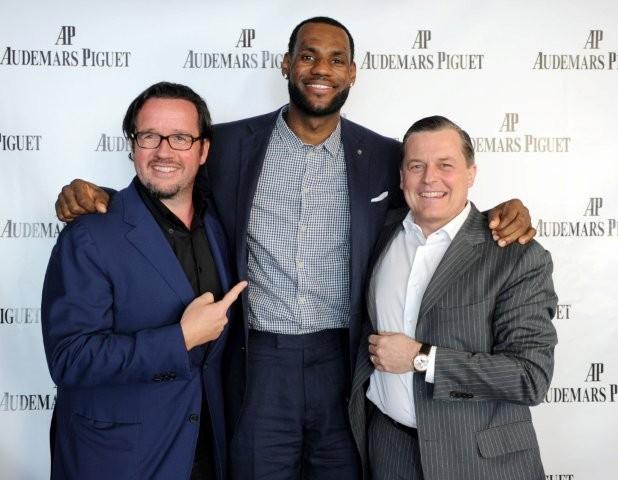 Audemars Piguet is delighted to announce the appointment LeBron James as the new global brand ambassador. Audemars Piguet, the world’s oldest watch manufacturer still in the hands of its founding families has chosen LeBron for his commitment to excellence, skilled technique and unwavering generosity – values shared by these two legends.

As part of the celebration there were special performances by DJ Cassidy and singing sensation Rae. As a special surprise, British singer and songwriter Craig David wowed the crowd with an impromptu performance including his hit song “7 Days.”

The crowd of over 200 guests was delighted to celebrate LeBron James at the exclusive SoHo Beach House. The hotel’s swimming pool was transformed with special lighting and video screens projecting images of the NBA star at his recent Audemars Piguet ambassador photo shoot.

Always a style icon LeBron was sporting the much awaited Royal Oak Offshore that was presented amongst the brand’s 2011 novelties earlier this year. During a press conference earlier in the evening in the hotel’s 8th floor library, James shared his views on the brand partnership as well as his team’s chances in the upcoming NBA playoffs.