They came. We raved. We loved! Swedish House Mafia One Last Tour Kicks Off in Dubai

Swedish House Mafia kicked off their final tour, aptly named “One Last Tour” in Dubai last night to a sold-out audience of fans from around the Middle East at the World Trade Center in what was most definitely the biggest dance music event the city has ever seen.

DJs Axwell, Sebastian Ingrosso and Steve Angello took to the stage and displayed one of the most visually stimulating showcases the city has experienced. Kicking off with their track “Greyhound”, the boys tantalized the crowd with electrifying beats, stunning visuals and pyrotechnics and a set that blew every single person away. They truly cemented their status as the world’d best DJs!

Axwell instructed the crowd to “Leave the world behind” and take a 2 hour music journey through some of Swedish House Mafia’s greatest hits including “One”, “Antidote” and “Don’t You Worry Child”. The crowd even joined in on a massive karaoke version of “Miami to Ibiza” and the most spine-tingling version of Coldplay’s “Every Teardrop is a Waterfall”.

One thing is for sure, Swedish House Mafia sure saved the world last night!!! A musical extravaganza unlike any other Dubai is ever likely to endure. 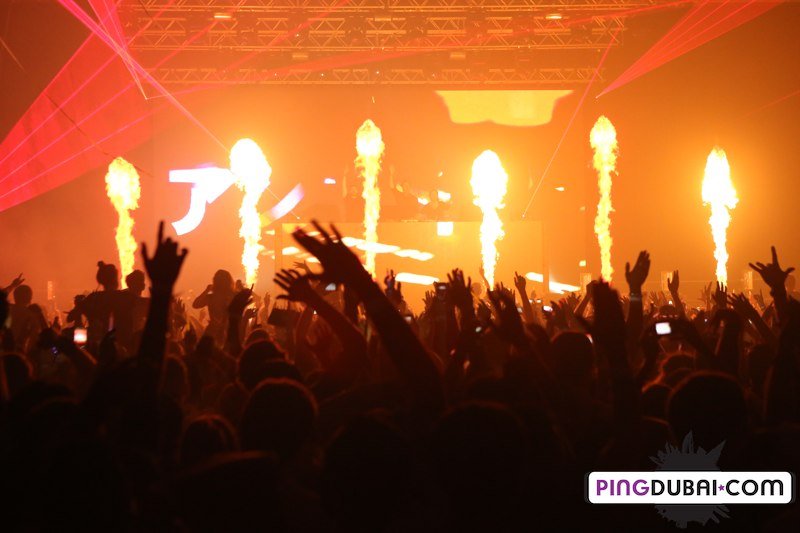 We salute you Swedish House Mafia.

Thank you Peppermint experience for bringing this unique special show to Dubai and the Middle East, DJ maDJam for the lovely warm up set, and Dubai clubbers who showed up in all areas of the venue from regular to vip to platinum.