Nasimi Beach celebrated its second anniversary with a Full Moon Party produced by IN Fusion.  It was a twelve hour party with a 16 DJ line up playing various electronic and commercial music that pleased the clubbers who were chilling on the sand beds and in the private tents, and dancing at this unique beach at one of the world’s most expensive and exotic locations, The Plam Jumeirah Dubai. 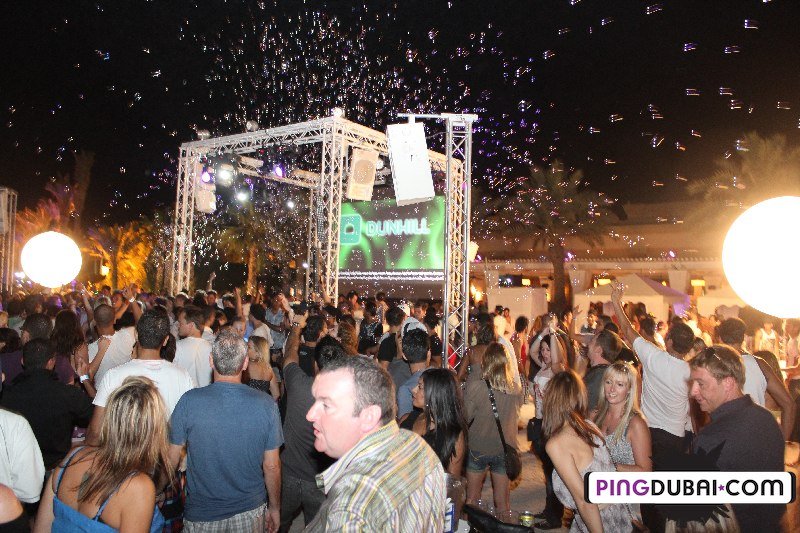 DJ’s Da Sendri, David Craig, and Richard Round warmed up the crowd with their early afternoon Balearic House blends whilst they indulged in the BBQ and Happy Hour session from 2pm – 8pm. The party really started as Da Funct jumped on the decks followed by Conan Liquid, Smokingroove & Charl Chaka. The party didn’t stop there! Region’s superstars DJ Schooly and David Craig graced the urban floor with their rhythmic, soulful vibes.

Fire breathers, dancers, and jugglers were there to entertain the crowd. A full kitchen with a live cooking station was present for those who wanted to have a bite as they needed it to handle a twelve hour party. Foam balloon machines added a special touch, as they filled up the air and created a nice ambiance, combined with the reflection of the lights.

Since the launching in April of 2009, Nasimi Beach Full Moon Parties became the winner of the “Best Overall Event” in the Time Out Nightlife Awards of 2010, and have undoubtedly made a significant impact on the Dubai entertainment scene.

See you at the next Full Moon party!