The Dubai Airshow Gala Dinner is the social highlight of the Dubai Airshow week and was hosted under the stars at the spectacular Atlantis, The Palm.  Rowland flew in to Dubai on Emirates from Los Angeles to perform exclusively for an invited audience at the event. 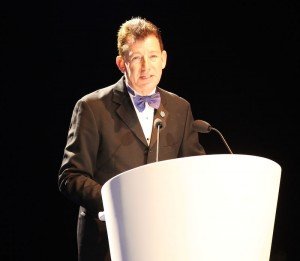 “People around the world can’t understand why the Dubai aviation model is such a global  success story, but for my 60,000 colleagues in the aviation industry who devote every hour of every day to making things work that it is down to three key things, inspirational leadership, teamwork and sheer hard graft.

“The great potential of aviation was the vision of our founding father Sheikh Rashid bin Saeed Al Maktoum, and has been carried on by His Highness Sheikh Mohammed bin Rashid Al Maktoum, Vice President and Prime Minister of the UAE, Ruler of Dubai and Patron of our Airshow.

“This vision is the reason our skies are open and is the rallying force that aligns the entire industry and the Emirate. It fuels our passion, propels our growth and cements our reputation for excellence, and we are delighted to have so many representatives from around the world here with us tonight.”

Following the opening address, guests enjoyed a magnificent buffet of international cuisine amid the beautiful outdoor setting, before being entertained by the international a capella phenomenon the Swingles Singers. 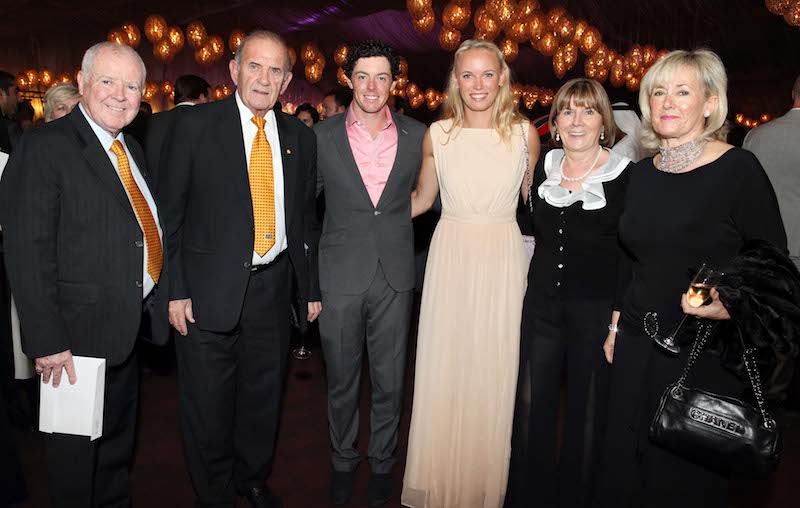 Among the many VIPs in attendance on the night were former World No. 1 tennis champion Caroline Wozniacki who is a brand ambassador for Dubai Duty Free, and was accompanied by her boyfriend Rory McIlroy who acknowledged that he had a good week at the season-ending DP World Champions tournament which concluded on Sunday.

Multiple Grammy award-winning American singer, actress and television personality Kelly Rowland took the stage as the main headline act and had the crowd on their feet from her first song. Her energetic performance included renditions of the Mowtown classic “Signed Sealed Delivered I’m Yours”, Destiny’s Child hit “Say my Name” and one of Rowland’s top ten international hits “Commander”, amongst a number of other crowd pleasers.  She concluded with her biggest solo hit to date “When Love Takes Over”.

Previously a member of the most successful girl group in history, Destiny’s Child, Rowland has sold over 20 million records and won multiple Grammy and music industry awards since going solo. 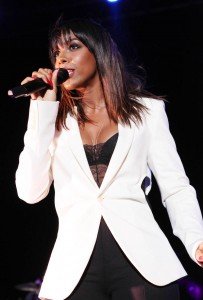 Apart from her work in music, Rowland has also been in the spotlight recently as a judge and mentor for The X Factor television show. She is currently appearing on the US version of the show, having been a judge on the UK version in 2011.

Following Rowland’s performance, guests who were keen to continue dancing until the early hours were treated to a performance by Mitchell Niemeyer, an up and coming Dutch DJ who is making a name for himself in house music.

The biennial Dubai Airshow runs until 21 November, and this year is being staged in a new home, the multi-billion dollar Dubai World Central, at the centre of which lies the Al Maktoum International Airport, which was officially opened on 27 October by H.H. Sheikh Mohammed bin Rashid Al Maktoum, Vice-President and Prime Minister of the UAE and Ruler of Dubai. Airshow.