Surprises and More Surprise at People by Crystal – A Carnaval Party

An exceptional Friday night at People club. Regular clubbers felt that something special was about to happen that night! New projections, the green light setup, and DJ Anthony setting the night in the mood earlier than usual… Hip Hop Diva EVE was announced to perform during the night – but was it just that!? 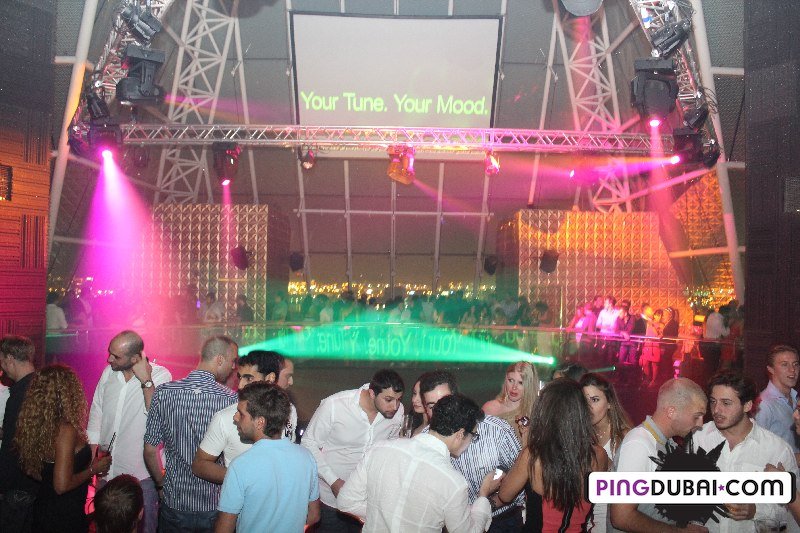 DunHill new pack and cigarette launched its new product during the night. Click D Switch was the slogan and tag line showing everywhere. LED dressed dancers were there to entertain the crowd, and around 2:00AM the place went dark, music went down. Everybody expected EVE to show, but the club party managers had another call. The DunHill reveal started with nice music and special visuals,  going all over the club top main screen, and specially installed projection below the DJ booth from side to side, so there is no way for you not to see what is happening. After this great reveal, DJ Anthony kicked off with his special made track, all People waiters on both levels showed up with flamed (this firework they use usually) Champagne and Belvedere bottles, coming from the right and left, creating a full straight line in the middle of the club before they start delivering them to all tables.

It was literally a carnaval! Same as the party celebrated when People won Dubai Best Club in the TimeOut Dubai Awards. Wait we are not done yet, even if clubbers forgot about the confetti celebration, but the management didn’t at all, as confetti with newly added colors like black and green popped out in the air for a real celebration – Easter, DunHill reveal, and Friday night.

The party went crazy, even the maestro himself went crazy and couldn’t resist giving his clubbers the best all night. The energy was intense as clubbers jumped and danced, while Champagne bottles were still being opened non stop. What a night!

The long awaited event of the night, finally appeared. Hip Hop Diva EVE  blew clubbers mind performing live some of her best tracks such as Gangsta Lovin, Let Me Blow Ya Mind and others.