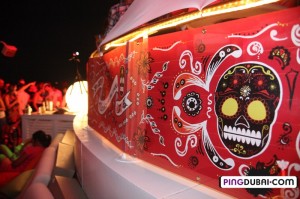 Known as one of the city best bars during sunset, Bar 360° was the venue chosen to host the Smirnoff Nightlife Exchange party where Dubai swapped its nightlife experience with Mexico City. Mexico On the Rocks’ party at 360° was defiantly a place to be!

Bar 360° was transformed to look and feel like a Mexican city/venue. From entrance, where the gold cars shuttles were decorated to look like old Mexican buses/cars to the tables branded with the night’s theme. That’s not all, near the DJ Booth a drum was set up where percussion music was played creating the perfect mood – it was time to party ‘a la Mexican style’ including the interactive photo-booth, Mexican themed dressing-up trunks, percussion players and freestyle masked dancers. 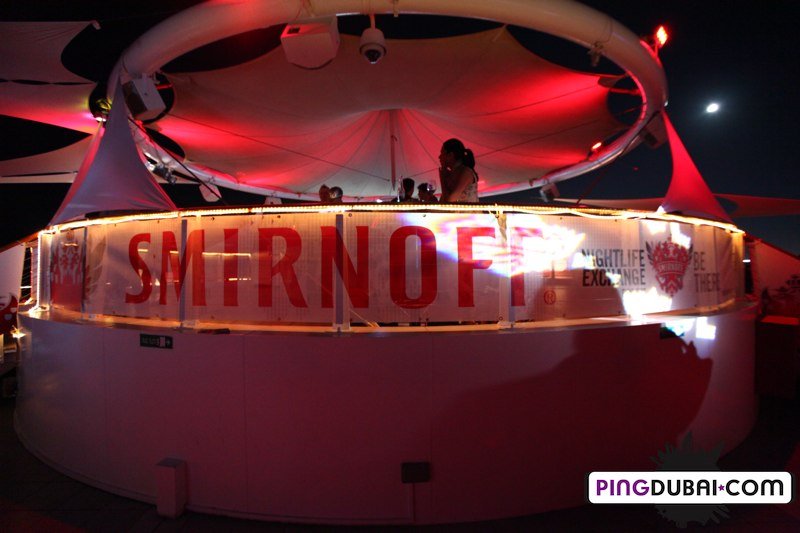 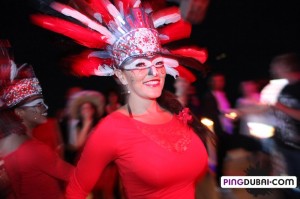 Guests came in early to experience the wonderful view of the sunset while chilling after a long week’s work. Bar 360° is well know for its superlative view – a 360 panoramic view of Dubai. Guests can see the famous Burj Al Arab, the sea view, Dubai Skyline, Burj Khalifa, or Jumeirah Beach Hotel to name a few hot spots.

Chill out music played until 9pm, as table filled up with regulars as well as other of Dubai’s nigh owls who came especially to experience this special evening.

PingDubai.com  also joined in the crowd to party with our friends from Smirnoff. A great Smirnoff Exchange party.