The annual event, which this year attracted 10,500 runners and a crowd of almost 10,000, is sponsored by the Embassy of the United Arab Emirates and raises money for the National Kidney Foundation.

YMC believes it can incorporate ideas from the New York event at its own community health initiatives – which include weekly programmes like TrainYAS and GoYAS and annual events such as the Zayed Marathon, the ADNIC Yas Run and TriYAS Triathlon. 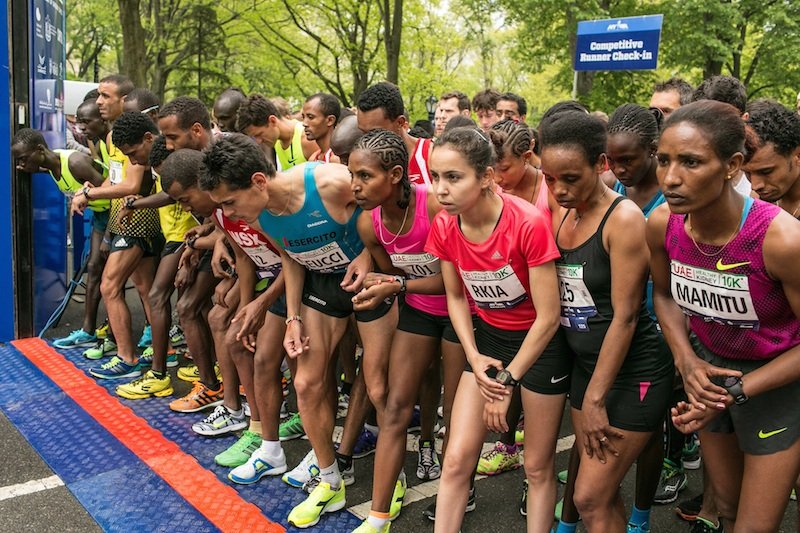 “This was a tremendously useful experience for us,” said Ahmed Al Kaabi, YMC’s Head of Government Affairs. “This is a long-lasting, symbiotic relationship we are building with the organisers of the Healthy Kidney 10k run and other community groups in New York.

“By sharing ideas and experiences, we hope to be better placed to host future international fundraising events like this at Yas Marina Circuit.”

About 20,000 people took part in the Walk 2013, a 5-kilometre walk around the track to promote healthy living, and the weekly Tuesday night TrainYAS session attracts an average of 2,500 people.

“We’re expecting more than 400,000 people to visit the track this year, more than half of which will be the local community participating in health and fitness events delivered by Yas Marina Circuit,” said Al Kaabi.

“Our colleagues in New York were surprised by the level of activity that happens at Yas Marina Circuit outside of the Grand Prix weekend – in fact, about 75 percent of our activity happens throughout the rest of the year.”

The team from Abu Dhabi also used the popular charity run as an opportunity to raise the profile of Yas Marina Circuit and promote the activities it offers. Besides the Formula 1 Etihad Airways Abu Dhabi Grand Prix, the track hosts many thrilling experiences for motoring enthusiasts. Thrill-seekers have the chance to feel every twist and turn of the famously challenging track from behind the wheel of a number of sports cars including the Aston Martin GT4, the Formula Yas 3000 and the Chevrolet Camaro.