From the concert hall to Sochi’s slopes: the star discusses the similarities and differences between her music and sport careers. 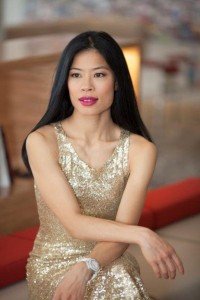 “This is the greatest show on earth and to be here – with OMEGA – is a dream come true and I have to pinch myself sometimes to realise that I’m not only dreaming, I’m living this,” Vanessa-Mae said. “I have to say that the greats are here; I’m not here to compete against the best – I’m here to participate with the best, and that’s the real Olympic Spirit and the message of this movement,” she added when discussing her goals for the Olympics.

“Obviously we chose Vanessa because we really believe she embodies the OMEGA values,” Mr Urquhart said. “Every Olympic Games we invite some ambassadors, and here we have an ambassador with us who is not only known as a musician but who will also participate in the Olympics and this is something very special.”

Vanessa-Mae became involved in both her hobbies – violin playing and skiing – at the age of four and quickly established herself as a musical prodigy. By the time she was 13 years old she had toured internationally and recorded three classical albums. She has gone on to single-handedly kick-start the world of Classical Crossover Music.

Describing her relationship with time, Vanessa-Mae said: “As a musician being on time when you’re playing is not always the way, to be loose gives you musicality. I’ve realised that time is basically our life – if you don’t have time you don’t frame your life. All these experiences have to be put in the perspective of time and every day, step-by-step, it’s a learning experience from bringing my experiences on skis to music and, of course, vice-versa.” 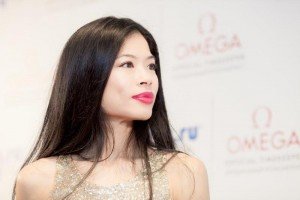 Following a question-and-answer session with journalists and audience members, the star received a special treat from OMEGA: a live performance by a young musical prodigy that she herself had inspired.

Eleven-year-old Elizaveta Stakhurskaya, winner of a number of major regional musical competitions in Russia, performed “Fantasy #7” by Georg Telemann for Vanessa-Mae. After her performance she asked her role model for advice and wished her good luck on the slopes.

“Keep your focus and go for your dream,” Vanessa-Mae advised Elizaveta.

OMEGA is proud to work with such a versatile and talented ambassador and looks forward to cheering her on as she competes in the slalom and giant slalom events in Sochi. 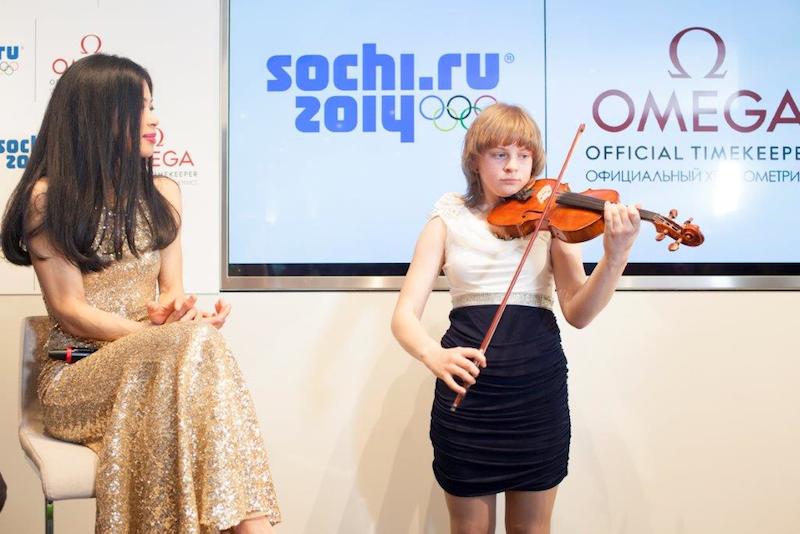 The two-storey building will serve as the brand’s pop-up home for the duration of the Olympic and Paralympic Winter Games. OMEGA will host a number of events at the Pavilion including watchmaking demonstrations and question-and-answer sessions with a number of its prominent brand ambassadors. The OMEGA Pavilion is open to the public from 9 a.m. to 1 a.m.

OMEGA AND THE OLYMPIC GAMES

OMEGA was the first company to be entrusted with the Official Timekeeping of all the events included in the Los Angeles 1932 Olympic Games. Our association with the Games has led to more than 80 years of pioneering developments in the field of sports timekeeping and in Sochi we will assume the responsibilities of Official Timekeeper for the 26th time.