Breath-taking Drift Shows Are on Again for 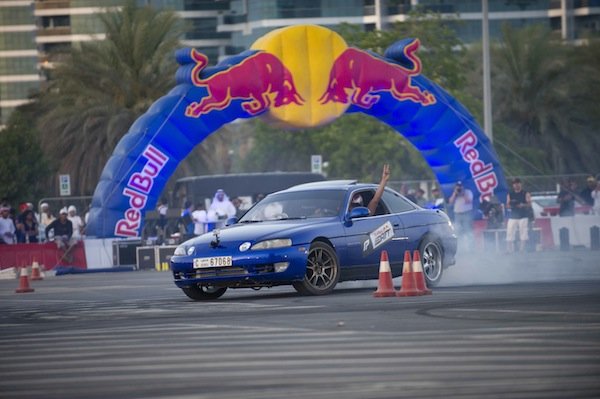 The Emirati capital is gearing up to host the local qualifier for Red Bull Car Park Drift, for the third consecutive year. Building on the success of the past seasons, Friday’s event promises to deliver some of the most exciting and cheer-inducing drift acts in the region. Qualifying rounds Kicked off last Friday in Kuwait and will tour most Gulf and Middle Eastern countries before landing for the final showdown in Beirut in July 2012.

Under the sponsorship of Chevrolet and with the support of Abu Dhabi Police, Emirates Motor Sports Federation and Abu Dhabi Sports Council, the UAE’s Red Bull Car Park Drift  is taking over Abu Dhabi Corniche’s car park, on the evening of Friday 17th February. Preliminary qualifying rounds will take place prior to the main event, on the Wednesday, in Al Ain Sportplex during which 25 most talented drivers will be chosen to compete for the King of Drift title. 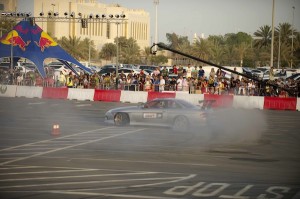 “Another exciting season is looming ahead with the launch of the 5th version of the Red Bull Car Park Drift in a row”, said Alberto Chahoud, Regional Communications Manager at Red Bull Middle East & Africa. “Through a world class organization, a strong cooperation with local motorsports federations and a synergy with strategic partners like Chevrolet, it is no surprise the competition will bring a great deal of thrill to drifting lovers in the Middle East.”

Abdo Feghali, Rally champion and Red Bull Driver will evaluate the drivers’ performance alongside panel of judges including Captain Majed al Marzouqi and Ahmad al Sherif, General Manager of the Emirates Motorsports Federations. The evaluation will mainly assess the drift shows presented by the drivers in their modified cars, through the use of hand breaks and exertion of outstanding skills to take on turns in the most dazzling and accurate ways. In addition, judges will consider the engines’ sounds and car appearance and the smoke produced by the friction of the tires. It will all be witnessed by an interactive crowd who will have the chance to follow the action up to the final showdown.

Ahmed Soudodi, Marketing Manager for Chevrolet at General Motors Middle East Operations said: “We are very happy to renew our partnership with Red Bull in 2012. Chevrolet Camaro is one of the most iconic muscle cars in the world that excels by almost every objective and subjective measure – design, power, handling, efficiency, comfort, convenience, safety, and most of all great value.”

After Kuwait and the UAE, Red Bull Car Park Drift 2012 will also land in KSA, Oman, Jordan, Egypt, Iran, Bahrain leading up to grand finale in Lebanon. The current form of the competition arrived in the Middle East five years ago, before gaining regional fame and exposure two years later. This sort of competition started in Japan back in the 1970’s based on the idea of competing in a parking lot, before developing into a fully fledged international event.

Defending champion Ahmad al Ameri, who represented the UAE in the 2011 final competition, will also participate in this year’s event against other drivers eager to demonstrate their skills and capabilities in the art of car drifting on Friday; however there could be only one UAE Champion to take part in this year regional championship.

Will al Ameri be able to hold on to his title or will another driver have the honour to represent the UAE in the Beirut Finals?