The fourth edition of the region’s definitive fashion platform, Fashion Forward (FFWD), once again brought together the local and regional fashion communities, welcoming more than 19,000 guests over the three days. As an official “Eid in Dubai” event guests descended from all over the GCC and beyond for Season Four of the twice-annual event.

The Spring/ Summer 2015 collections of 22 of the best couture and ready to wear designers from the region graced the FFWD runways in front of packed out halls. The “d3 Fashion Talks”, in association with Dubai Design District (d3), once again captivated guests with a diverse programme of presentations and panel discussions on a range of pressing industry topics. Each of the 19 catwalk shows and eight talks were full to capacity, with many more fashion fans watching the action live on screens in the Fashion Café. 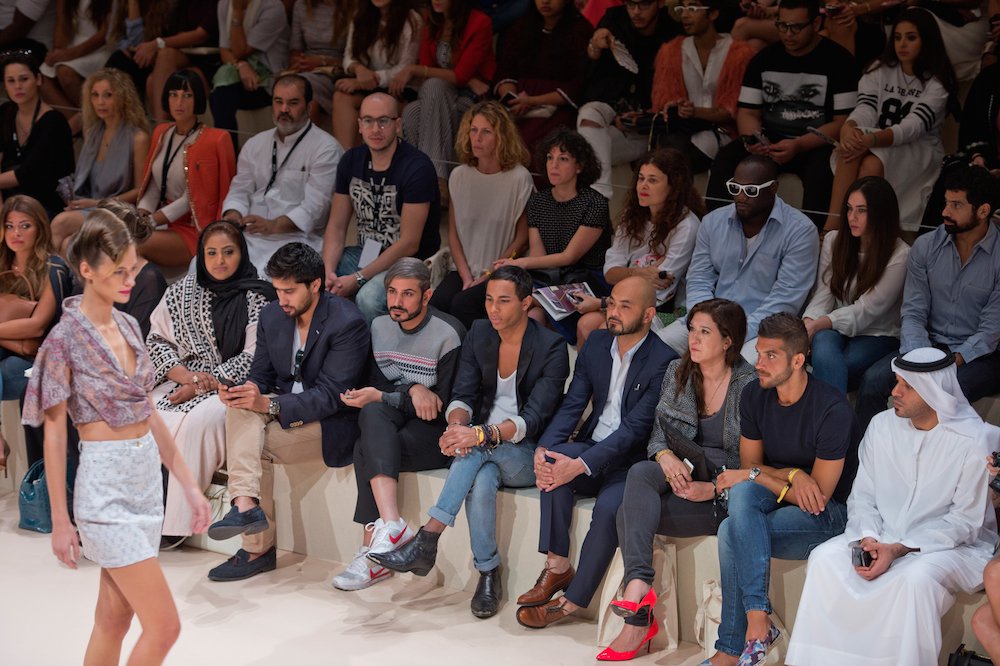 The fourth edition of FFWD continued to push forward the region’s visibility on the international fashion scene, with Dubai as its hub. 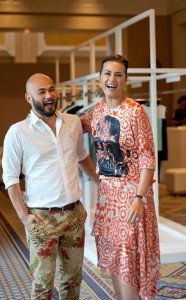 “Our aim is for every Middle Eastern designer to want, and more importantly need, to show at Fashion Forward,” said Bong Guerrero, Founder and CEO of FFWD. “Dubai offers tremendous visibility and considerable interest from international markets. When Dubai does something, the world watches. We need to maximise this for our designers and make sure what we are seeing on the runways translates to seeing Middle Eastern designers recognised internationally and that their collections are stocked in stores and in online retail sites.”

Highlights of the three days included the “In Conversation With Yasmin Le Bon” session, a captivating discussion with the international supermodel. Yasmin spoke candidly about her life, career, love of fashion and her family, giving fascinating insight into her experiences on and off the runway. The daughter of an Iranian father and British mother, Yasmin credited her Middle Eastern heritage for her striking looks and offered the advice that kindness is the key to success.

Yasmin attended several catwalk shows over the three days, casting her eye over the collections and models alike. Also spotted on the front rows was a member of the fashion elite, Creative Director of Balmain, Olivier Rousteing, who was in Dubai on a personal trip when he chose to visit FFWD.

They key note speaker at this season’s “d3 Fashion Talks” was the Editor In Chief of nowfashion.com, Jessica Michault, who spoke about her “Life Lessons in Fashion”.

“This is my first time at Fashion Forward and I have to say I am really quite impressed,” said Michault. “I’ve met an impressive number of talented individuals over the three days and there are many things to indicate that things are moving in the right direction here. You’re also balancing that with the talks that are helping educate local designers, journalists and buyers about what is going on an international level and I think that’s incredibly smart and giving. Fashion Forward offers a perfect combination and something that other up and coming fashion weeks should think about implementing.”

A firm fixture in the FFWD set-up is The Garden, a retail space displaying personalised booths from over 40 Middle Eastern accessories designers. Visitors shopped jewellery and fashion accessories and enjoyed interactive jewellery workshops with the Azza Fahmy team.

In addition to the guests that attended the event, FFWD continues to ensure the widest possible visibility for the participating designers. Once again all runway images were shot, edited by Getty Images and uploaded onto their portal, plus all shows were live-streamed on Style.com/Arabia, the first Condé Nast fashion and beauty publication in the Middle East. All of this season’s runway images are also uploaded onto Fashion GPS and WGSN, allowing fashion professionals around the world to see the designers’ collections, facilitating trend reporting from the Middle East.

“Season Four has demonstrated real growth for us as a platform but more importantly for our designers,” said Guerrero. “The designers are really stepping up their games both on and off the runways; building businesses and brands and establishing consistency in their work. We are delighted to be a part of their journeys, and that Fashion Forward is offering them a much needed platform to grow their businesses and that we are contributing to the overall growth of the regional industry.”