The “PURE” saga: an olfactory tribute to premium raw material

For his first masculine fragrance in 1996, Thierry Mugler created A*Men, a distinctive and powerful virile scent. With A*Men, he boldly combined intensely contrasted ingredients – patchouli, coffee and vanilla – for a creation which marries elegance, sophistication and charisma. A*Men materialized as the masculine vision of a contemporary, timeless and futuristic hero. The fragrance conveys the conquering spirit, inner strength and love of challenge of a man who imagines himself as a victorious hero. A*Men expresses the stylish seduction of a demigod and the virile power of a body sculpted through action, the action of a determined man who commands through inner power and will to conquer. He knows no obstacles… 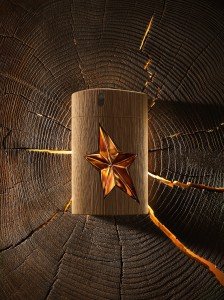 Over time, A*Men has told its story in singular chapters based on olfactory variations. Guided by its know-how as a creator of fragrances, the Thierry Mugler brand initiates unexpected encounters and cultivates its love of beautiful materials. It offers its charismatic hero real olfactory celebrations and new emotions: after exalting coffee in 2008 with A*Men Pure Coffee and paying tribute to fine spirits in 2009 with A*Men Pure Malt magnified in oak casks, A*Men Pure Havane highlighted the tobacco note in 2011.

Today, this olfactory saga comes full circle to the delight of those who love a fragrance with attitude;

have been re-edited as “permanent” masculine line creations.

In addition, a 2014 collector edition completes this exceptional selection with A*Men Pure Wood,

which puts the spotlight on the woody note.

In a limited edition

Thierry Mugler showcases his expertise as a perfume creator. He offers his A*Men hero a way to draw strength and endurance, from the heart of nature, by being at one with the elements through an olfactory tribute to wood: raw, noble and virile. A*Men Pure Wood is an invitation to journey to the heart of the woody note, an elegant, yet rugged accent in men’s perfumes, boldly revisited for the occasion.

Proposed in a limited edition, this new fragrance reveals the sophistication and intensity of notes overdosed with cedar and cypress; they meld into the sensuality of the original A*Men fragrance trail, which is a seductive combination of patchouli, coffee and vanilla. This new, raw and untamed energy gives rise to a stylish, charismatic and daring fragrance.

A creation by perfumer Jacques Huclier for Givaudan.

A bottle carved from the raw material

In perfect fusion with the natural elements, the A*Men bottle is sheathed in grooved wood-patterned rubber and adorned with a brown-lacquered star. 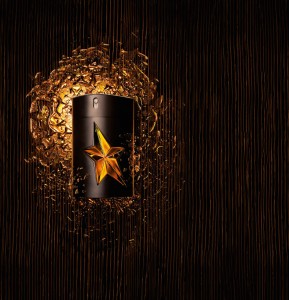 Guided by passion, the Thierry Mugler brand revisited a traditional know-how derived from the encounter between two worlds of luxury – Haute Perfumery and Fine Spirits – to create A*Men Pure Malt, by combining the perfumer’s expertise with that of the master distiller. Inspired by whiskey-production methods, Thierry Mugler allows this men’s fragrance to develop for six weeks inside “toasted” oak casks (heated in the traditional way according to a specific protocol). This totally original and innovative aging process, in the world of fragrance, has been exclusively patented by the brand. It results from the prolonged and carefully orchestrated encounter between the eau de parfum or the eau de toilette and wood, a material as noble as it is precious.

The original A*Men fragrance is tinged with refined accents and glows with fruity, slightly peat-like tones, thanks to the addition of a subtle pure malt note.

The maceration of the eau de toilette in oak casks adds structure to the woody tonality of A*Men and exacerbates its virility. The elegant fragrance is infused with breadth and rare nobility…like a fine spirit.

A creation signed by Jacques Huclier for Givaudan.

With its streamlined fuselage inspired by a whiskey flask, the A*Men Pure Malt bottle is warmed by its skin-soft, sensual rubber sheath. The iconic star shines in the center, amber-colored like the fragrance.