The third stage of the Panerai Classic Yachts Challenge – Mediterranean Circuit winds up in Naples. Next stop: Cowes on the Isle of Wight

The 11th edition of Le Vele d’Epoca a Napoli concluded in Naples yesterday, Sunday, July 6th. Organised by the  Reale Yacht Club Canottieri Savoia in collaboration with Sport Velico Marina Militare and the Italian Classic Sailing Association (AIVE), the annual event was part of the Panerai Classic Yachts Challenge Mediterranean Circuit and, as per tradition, was reserved for vintage (launched pre-1952) and classic (launched pre-1976) yachts. A total of 34 vessels and around 450 owners and crew from Italy, Ireland, Great Britain, Norway, Spain, France and the United States, took part this year. 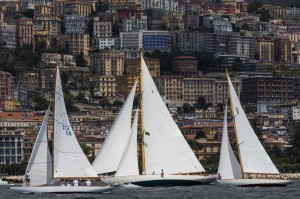 The event was spread of over four days of racing and other events. The yachts sailed into the Gulf of Pozzuoli on Friday and staged a naval parade with a salute to the Italian Navy training vessel, Palinuro, on Sunday. Also this year, the Savoia Yacht Club hosted a special conference on vintage boat restoration at Castel dell’Ovo which was followed by a dinner attended by 400 guests.

“A special word of thanks to the sponsors that supported us, particularly Officine Panerai,” said the president of the Reale Yacht Club Canottieri Savoia Carlo Campobasso. “This was my first edition as president and I found it hugely emotional. In fact, I even went out in an inflatable on day one to watch these Stradivariuses of the Sea up close.” The Club itself fielded two boats, Bufeo Blanco and Manta. “Two splendid craft for two great enthusiasts. Looking forward to 2015 and an even better edition.”

The two Officine Panerai watches put up as prizes were presented to the owners of Chinook and Naïf, which won the Overall Vintage and Classic titles respectively. Both clocked up points in the process that will prove invaluable for the final standings of Mediterranean Circuit which finishes with Les Régates Royales de Cannes at the end of September. Before then, however, the Panerai Classic Yachts Challenge will call to Cowes on the Isle of Wight (12th-19th July) before moving to New England, where the entire North American Circuit will play out in August and September.

The winners in the various categories of the 11th edition of Le Vele d’Epoca a Napoli were as follows: 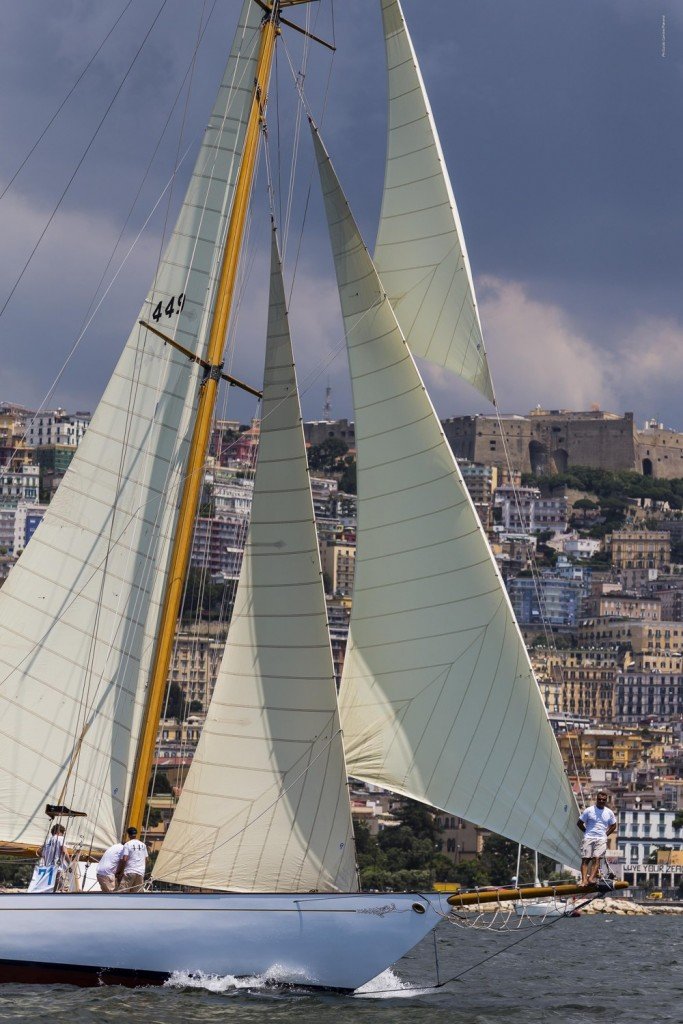 The Coppa d’Oro Eduardo Pepe, however, was won by Ausonia, which is owned by the Savoia and helmed by member Giovanni Longobardo. Erik Klinberger’s Freja also received a prize. Given the huge number of classic yachts penned by architects Sparkman & Stephens, the Savoia also put up a special prize, won by Sirius, for these marvellous creatures. The Spirit of Tradition Yacht Prize, however, went to  Alessandro Porcelloni’s Mida. The naval parade winner was Manitou while the top ranked Italian Navy vessel was Stella Polare under the command of Maurizio Filippini. She also won the Trofeo Angelo Lattarulo (first of the Navy boats in the coastal race on July 4th). www.ryccsavoia.it/leveledepoca