Earlier in 2017, over at Le Locle in Switzerland, Manufacture Zenith presented its Defy Lab, a new, revolutionary oscillator with a new material for its Defy collection. With that, the brand reinvented the mechanical watch with its functioning principle. In November 2017, the Defy Lab made its grand debut in the Middle East at an event in Dubai, on Luna Sky Bar’s terrace, at the Four Seasons DIFC, in the presence of Zenith CEO Julien Tornare. The event was a contrast between past and future, between classical watchmaking savoir-faire and Zenith’s new revolution. 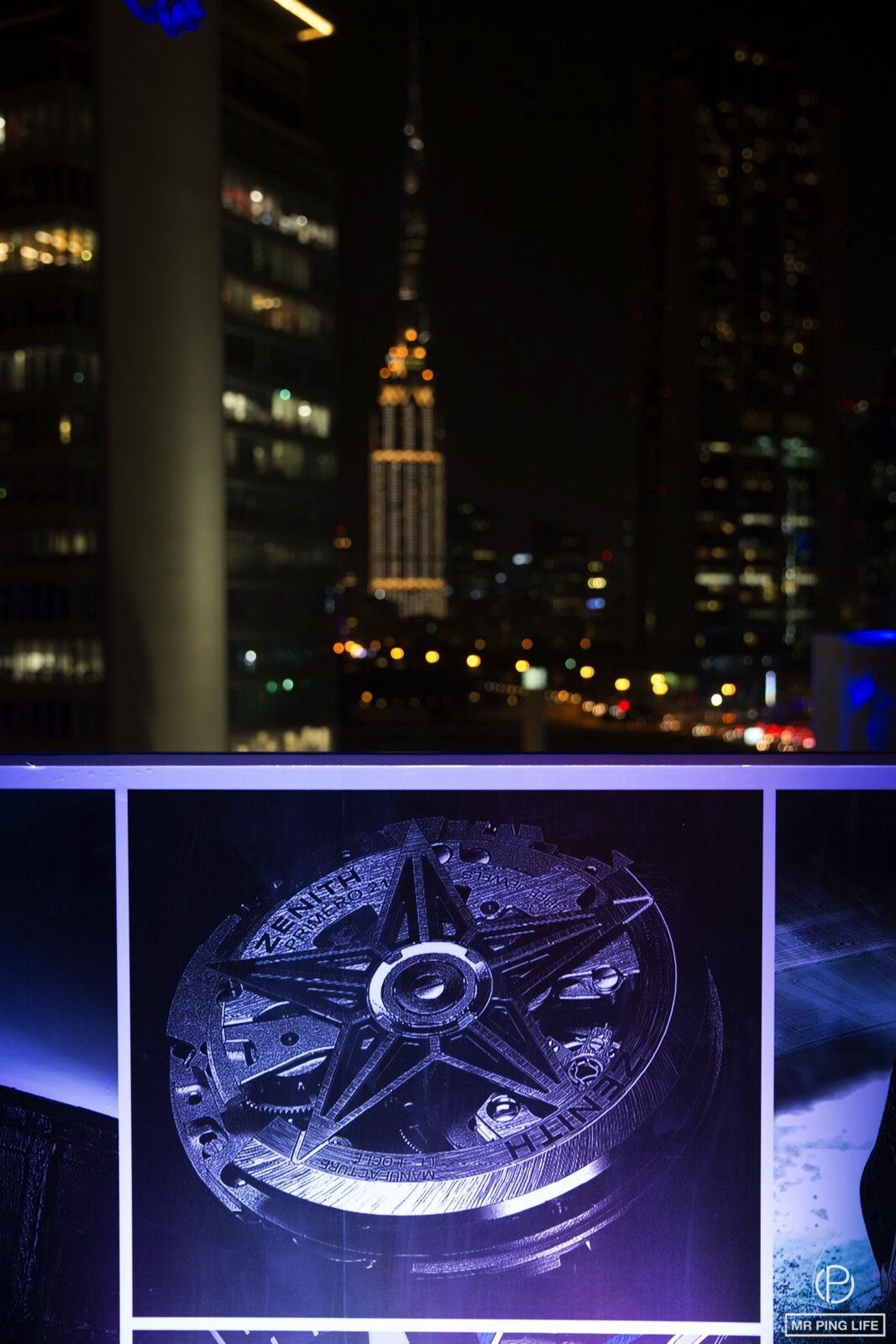 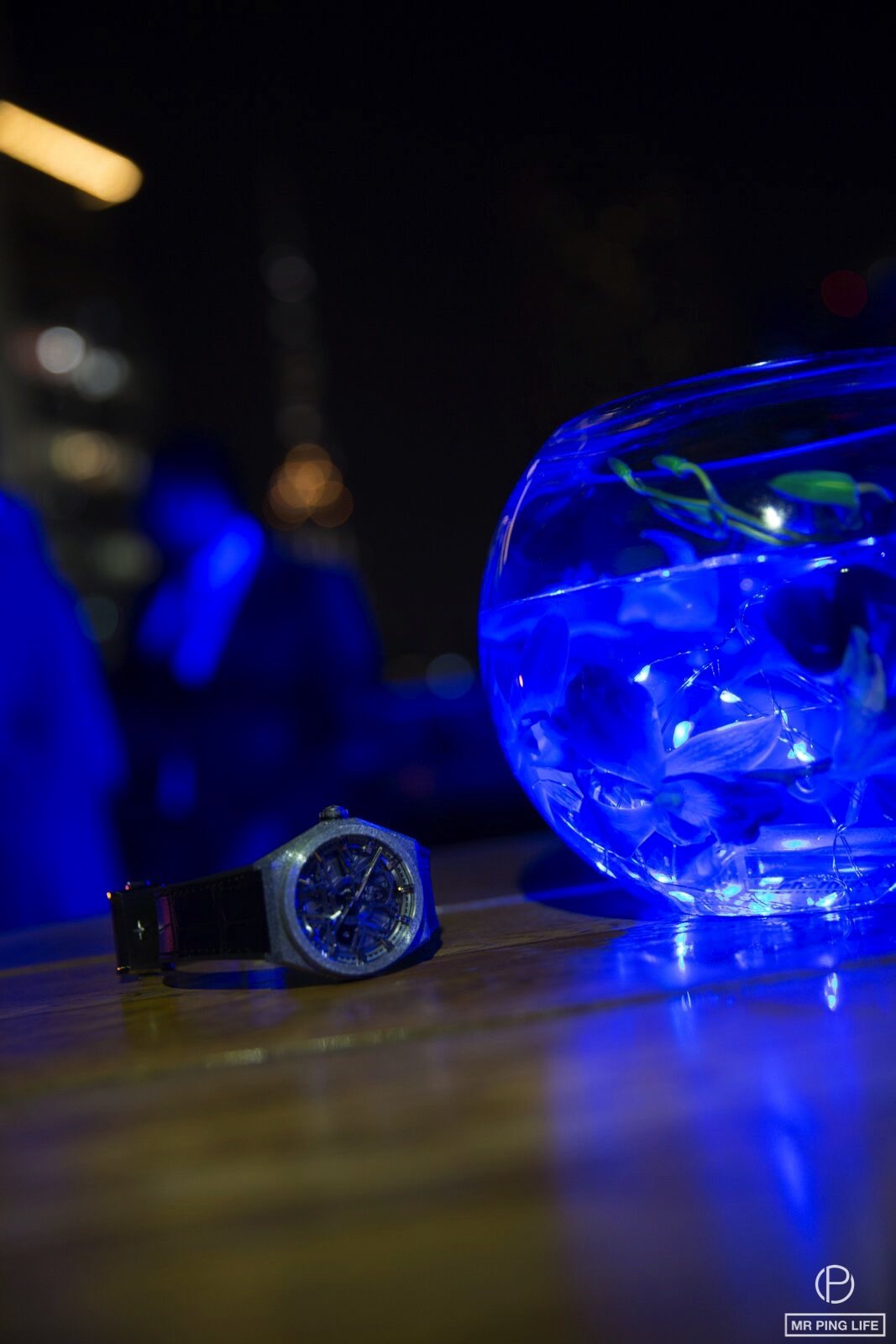 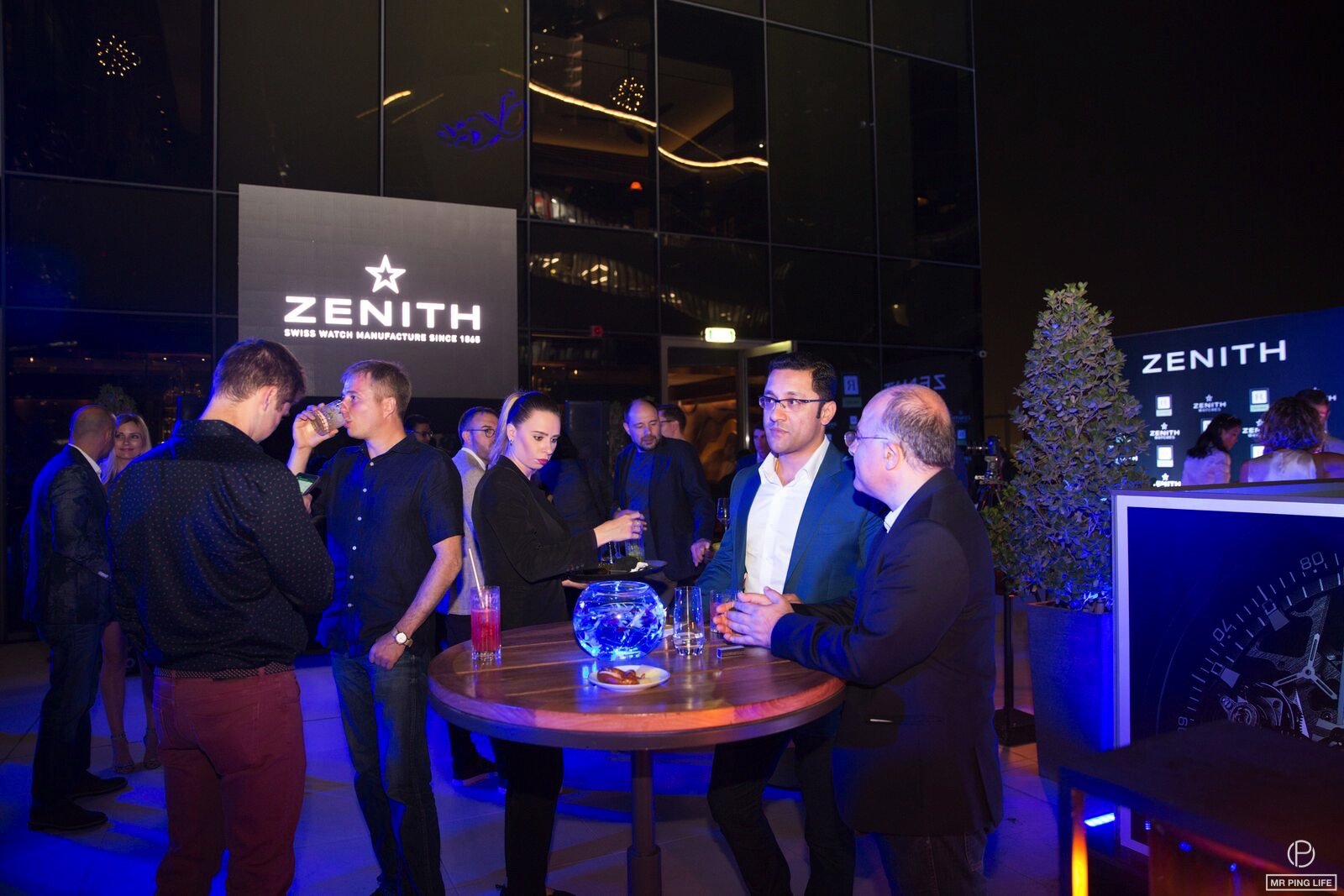 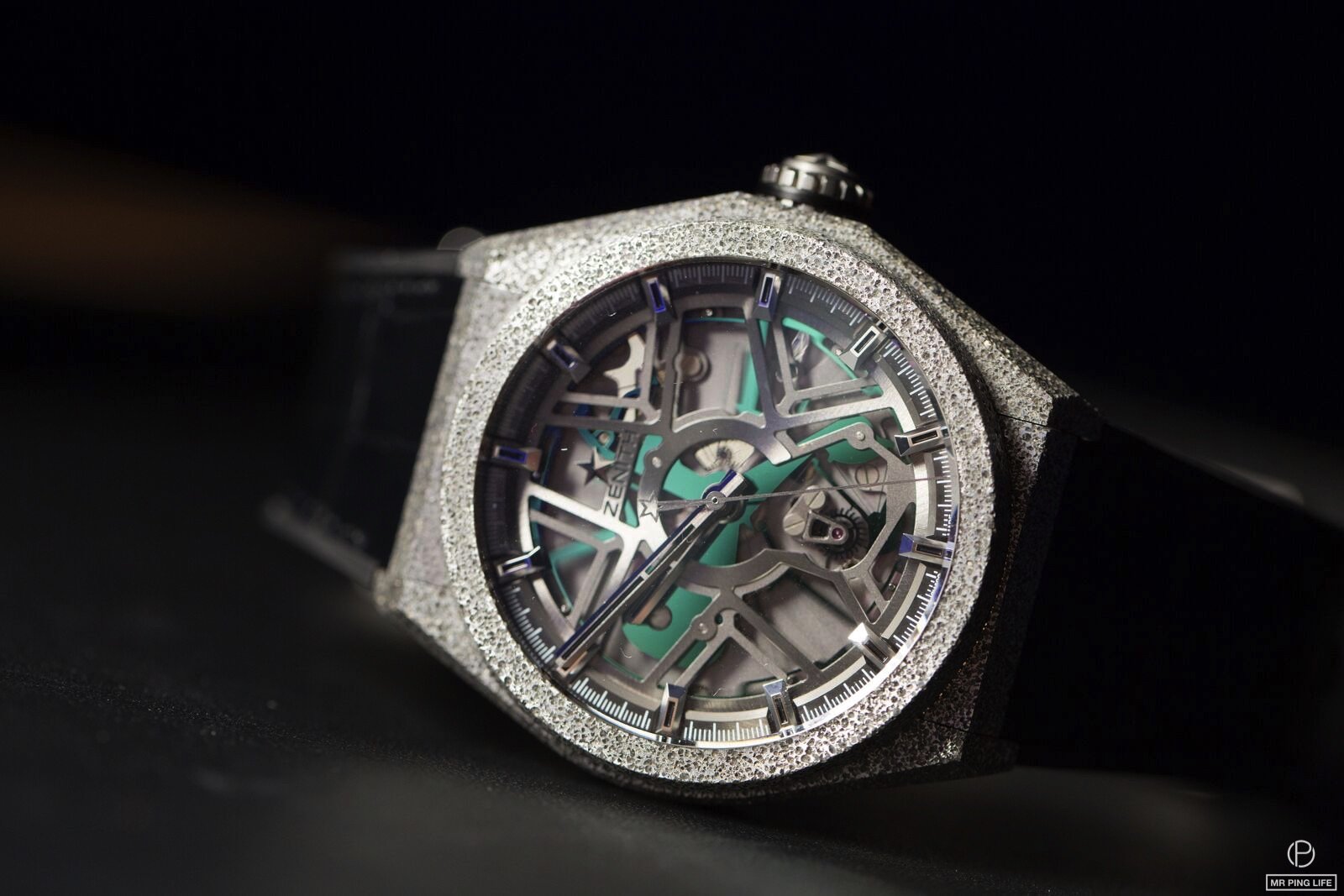 The link between past and future, traditional and contemporary, was reflected in all elements of the even; a dark blue mood wrapped the venue where large visuals took guests back in history to discover previous Defy collections and the manufacture’s savoir-faire gathered throughout the years; a nostalgic melody emanating from a mysterious old-style hang pan drum turned into a joyful tune blasting from energetic bongos; a fusion of Swiss and Middle Eastern delicacies with a twist.. all conceived to “defy the past and the future.” 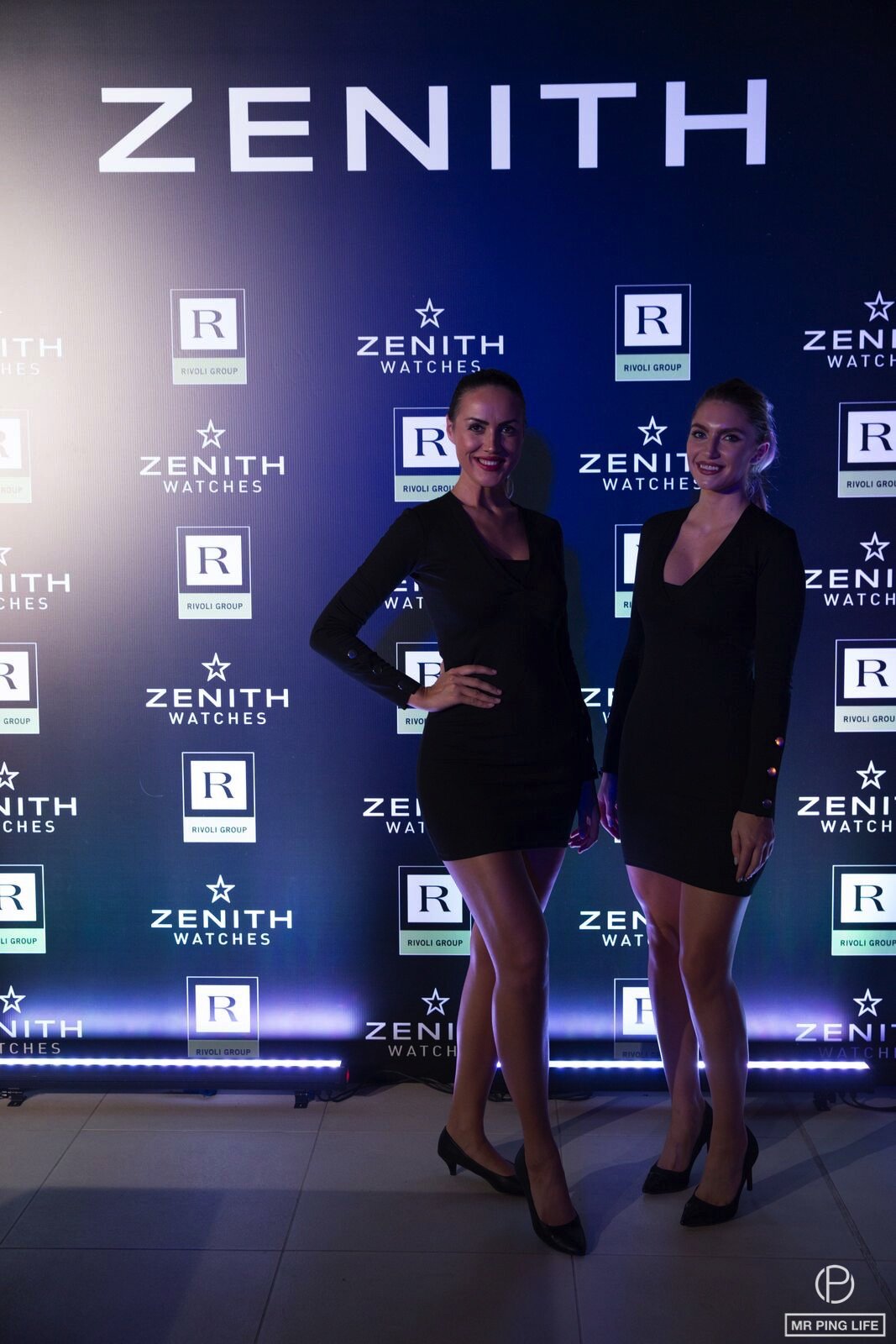 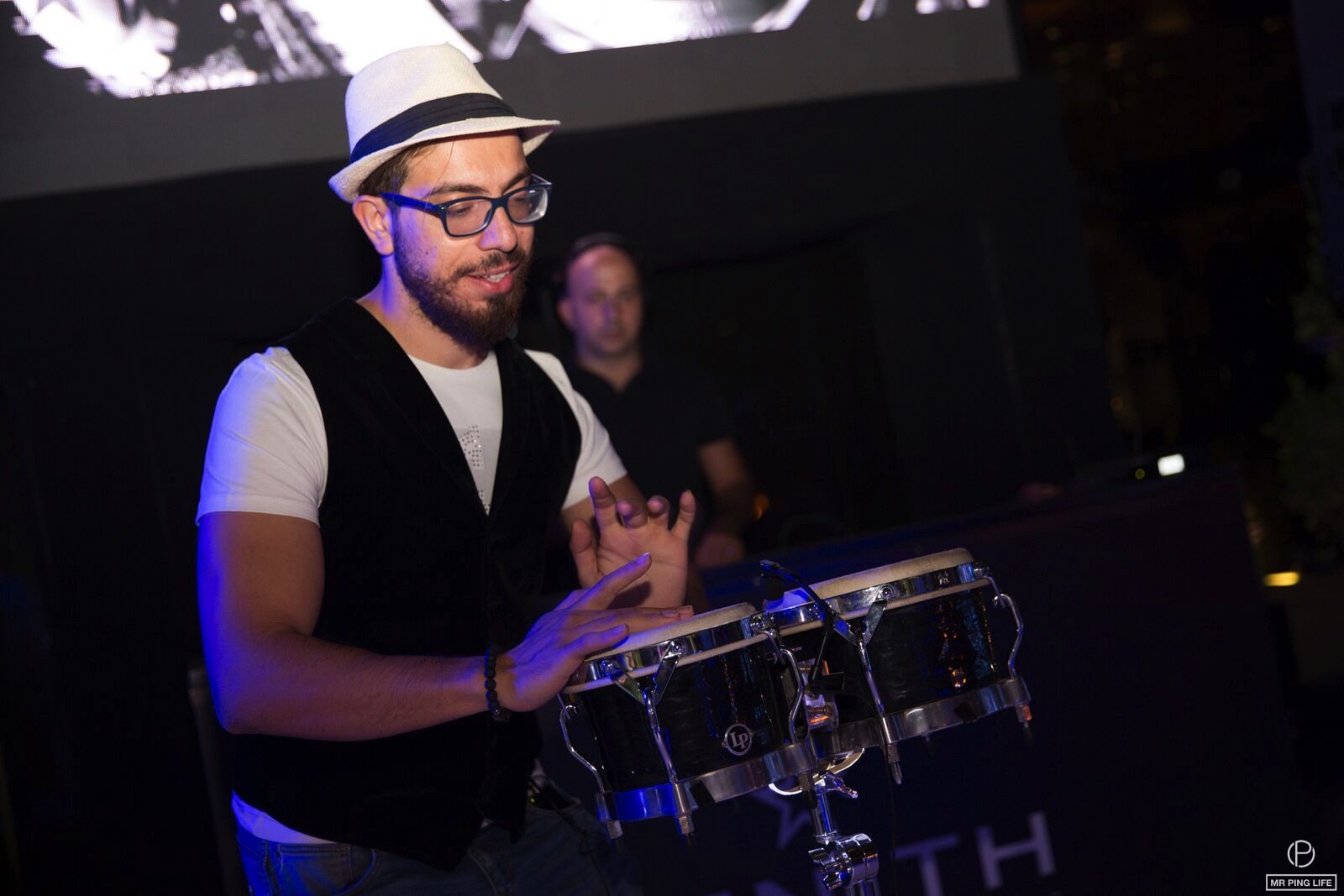 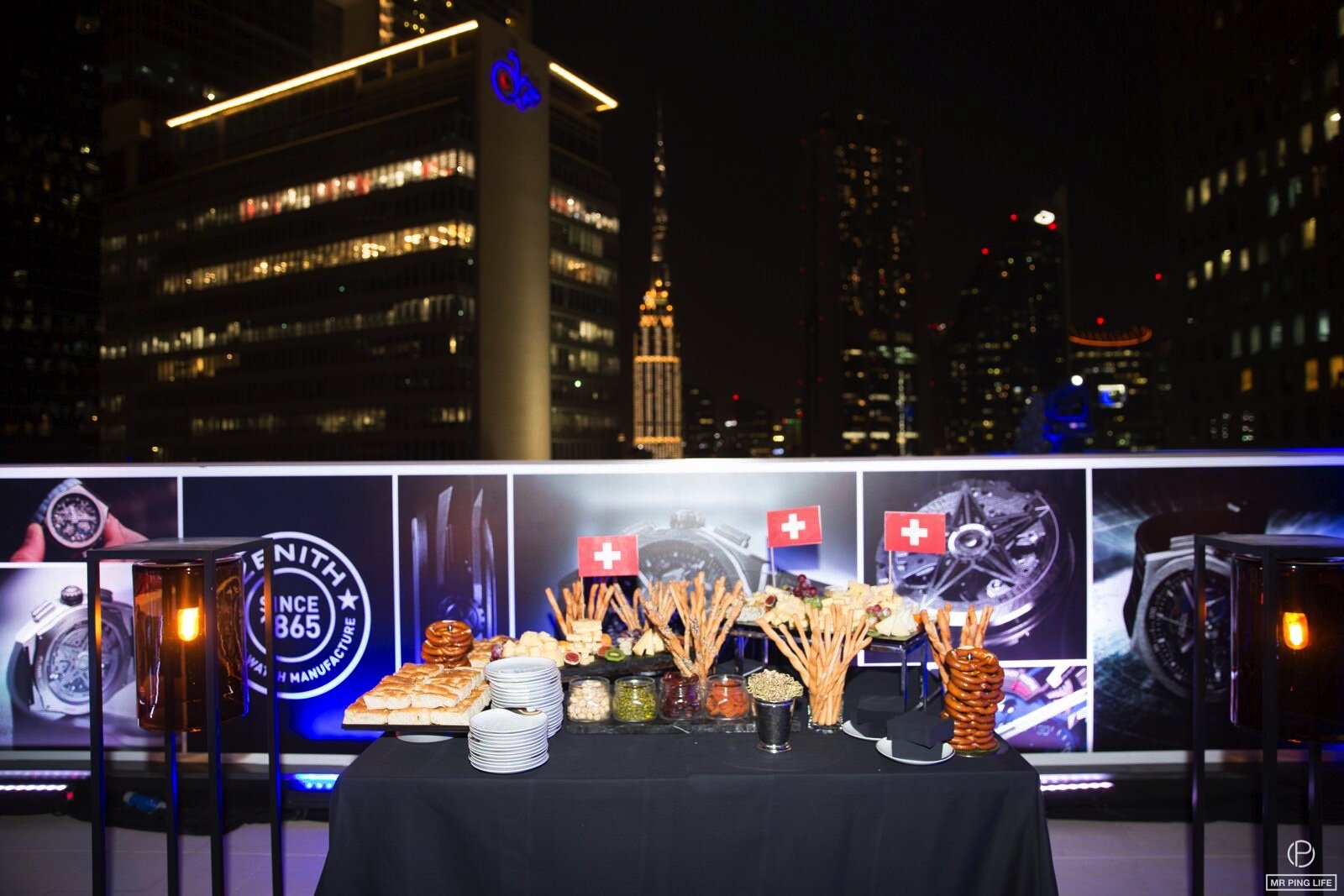 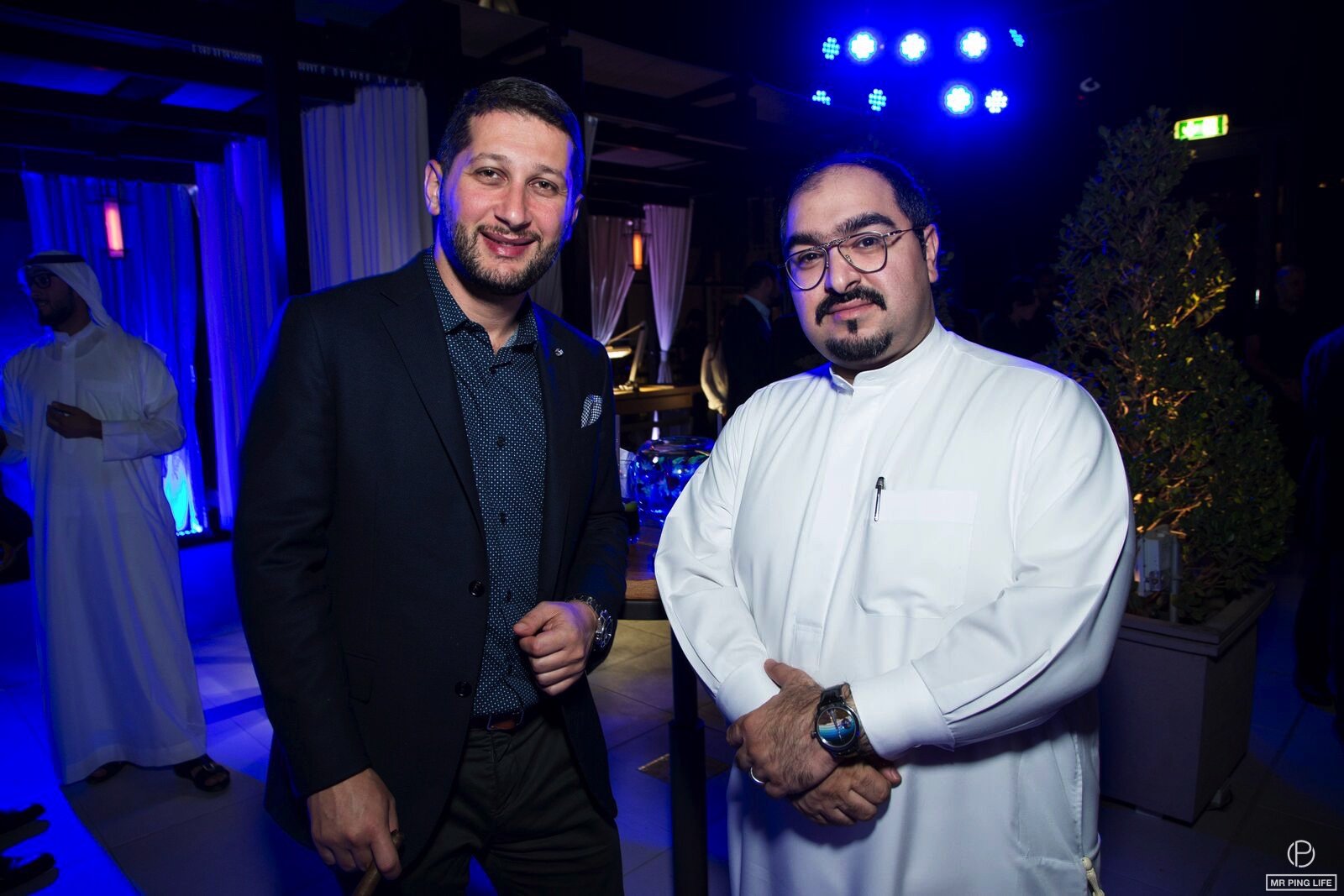 After Julien Tornare’s speech, the Defy Lab was unveiled; watch collectors, aficionados and horology buffs took their time discovering this first and only mechanical watch presenting both an evolution and an improvement of the 1675 sprung balance principle. Forming a monolithic whole, the new oscillator made of monocrystalline silicon replaces the sprung balance, and a single element measuring just 0.5 mm replaces the 30 or so components of a standard regulating organ. One of its most impressive characteristics is that it beats at the incredible frequency of 15 Hertz, which endows it with an exceptional degree of accuracy, almost 10 times higher than any other. Its power reserve of almost 60 hours is more than 10% longer than that of the El Primero! Defy Lab is the first watch with a 44mm case made from a new material called Aeronith, the world’s lightest aluminium composite material resembling an extremely solid metal foam, developed using an exclusive high-tech process. 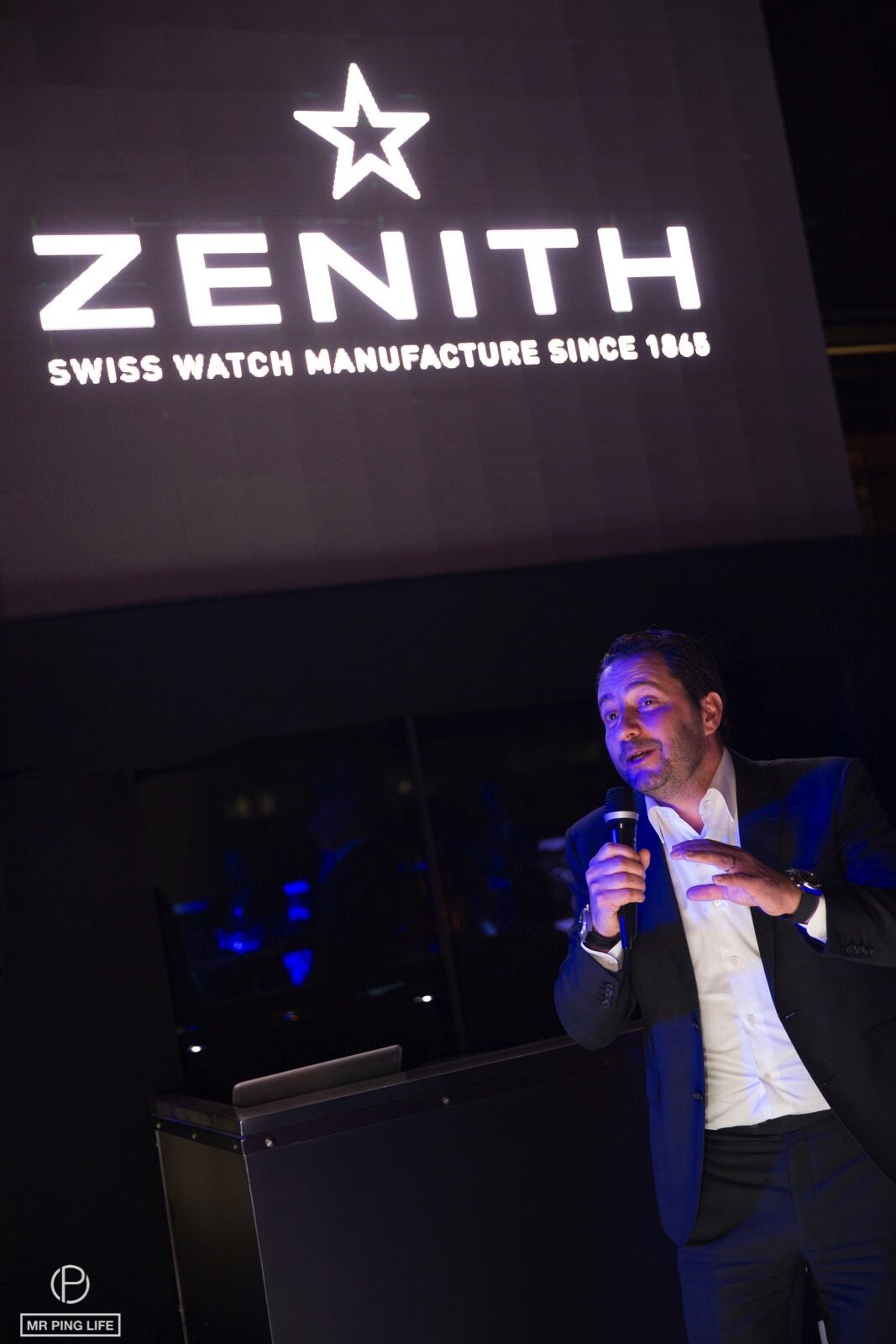 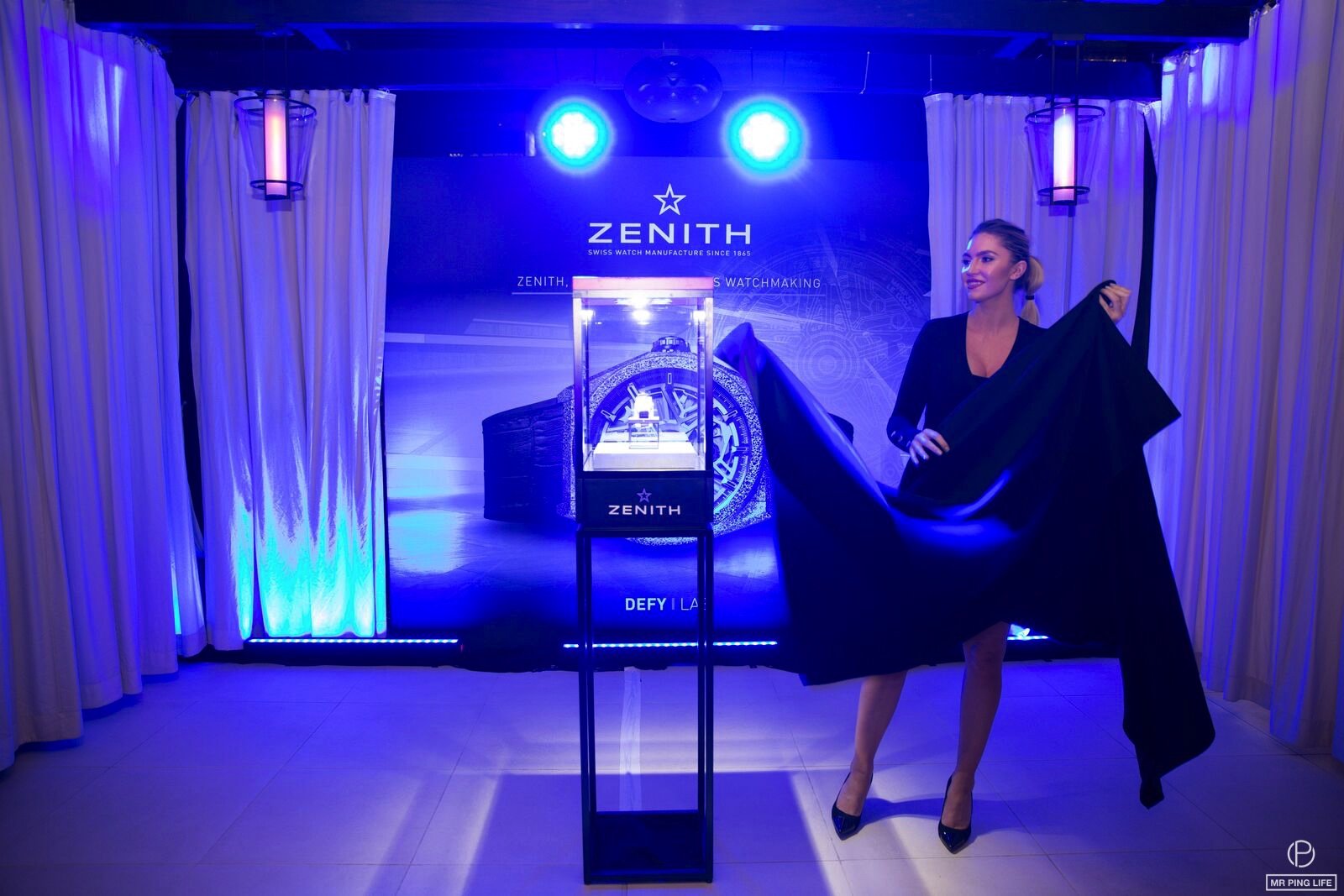 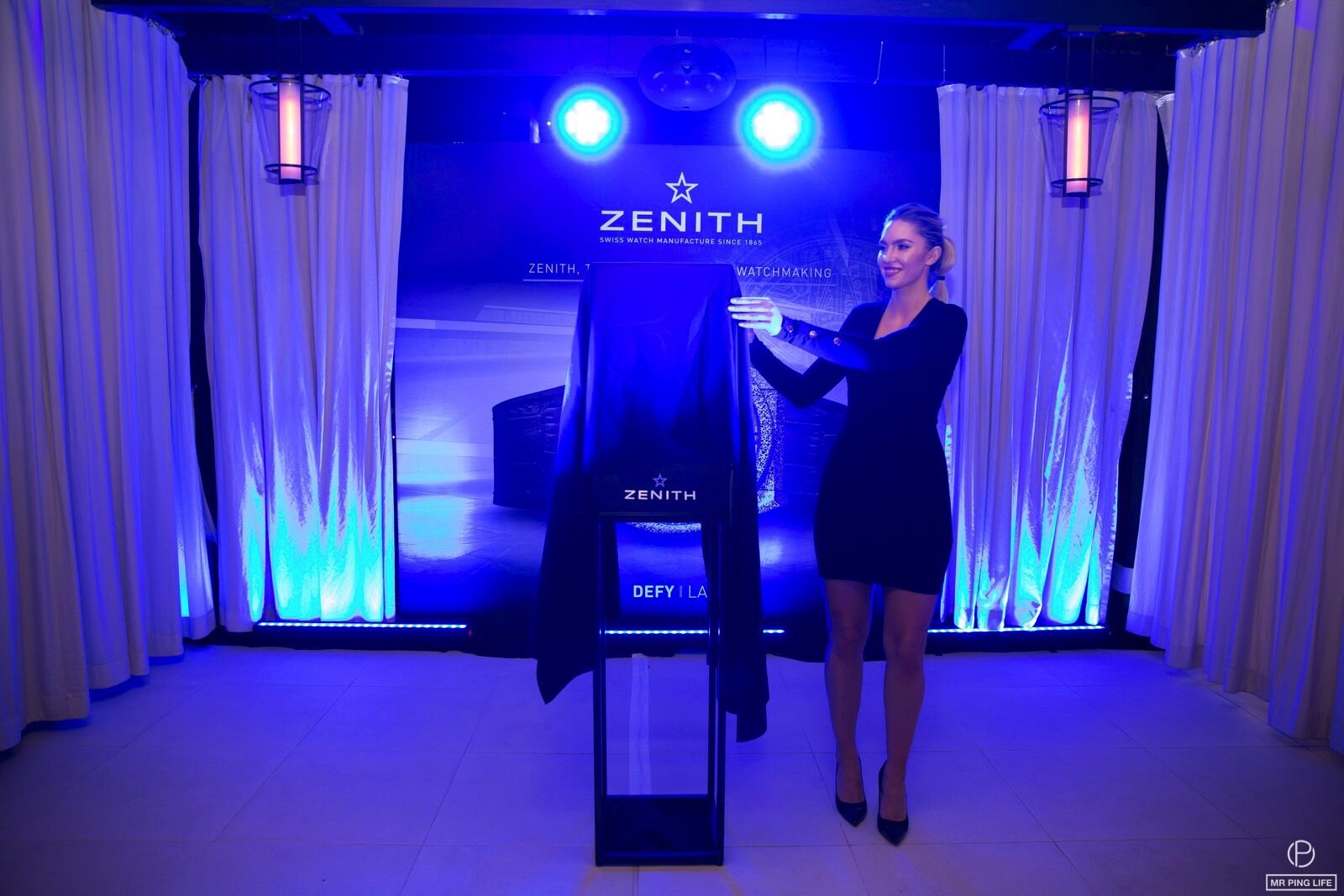 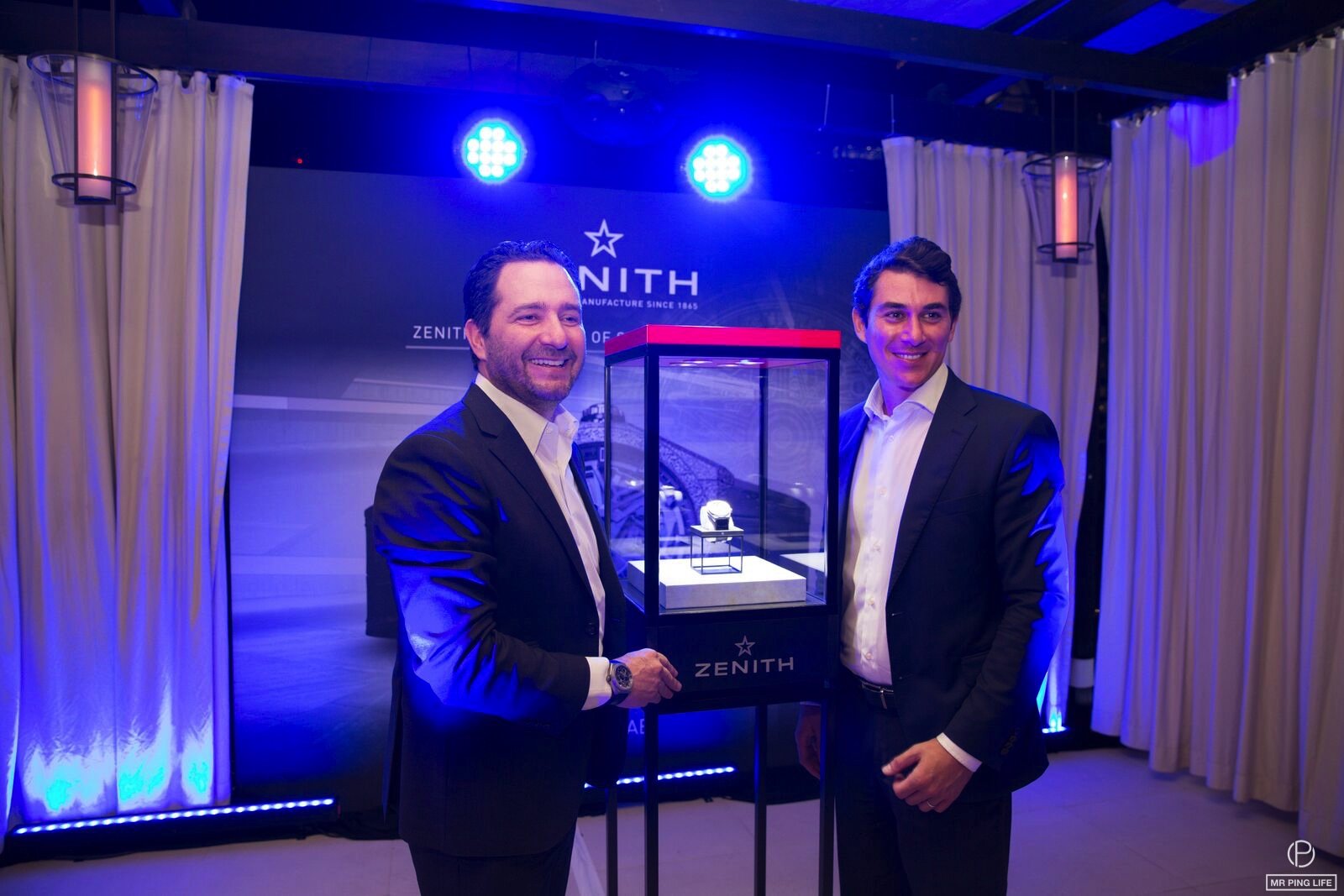 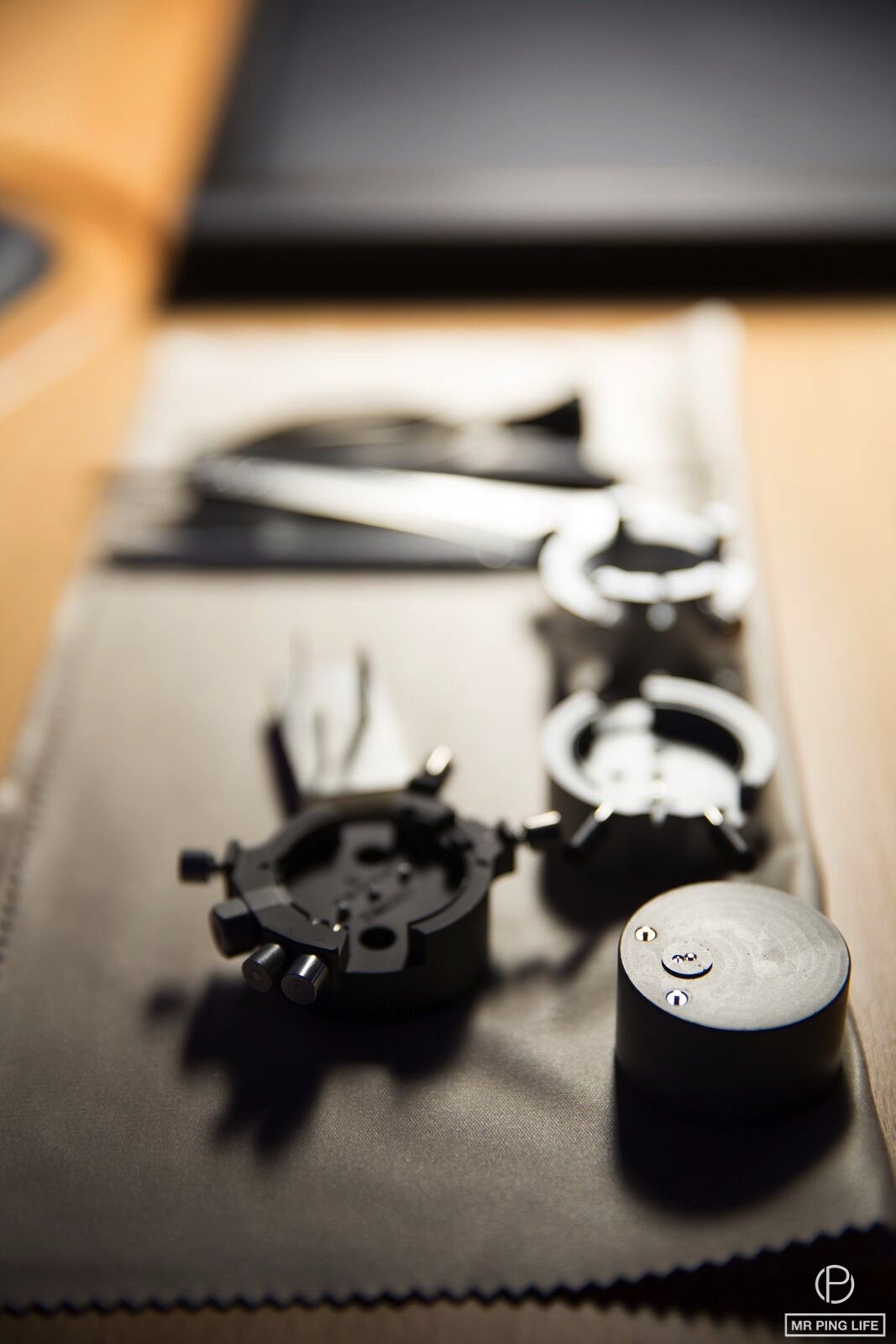 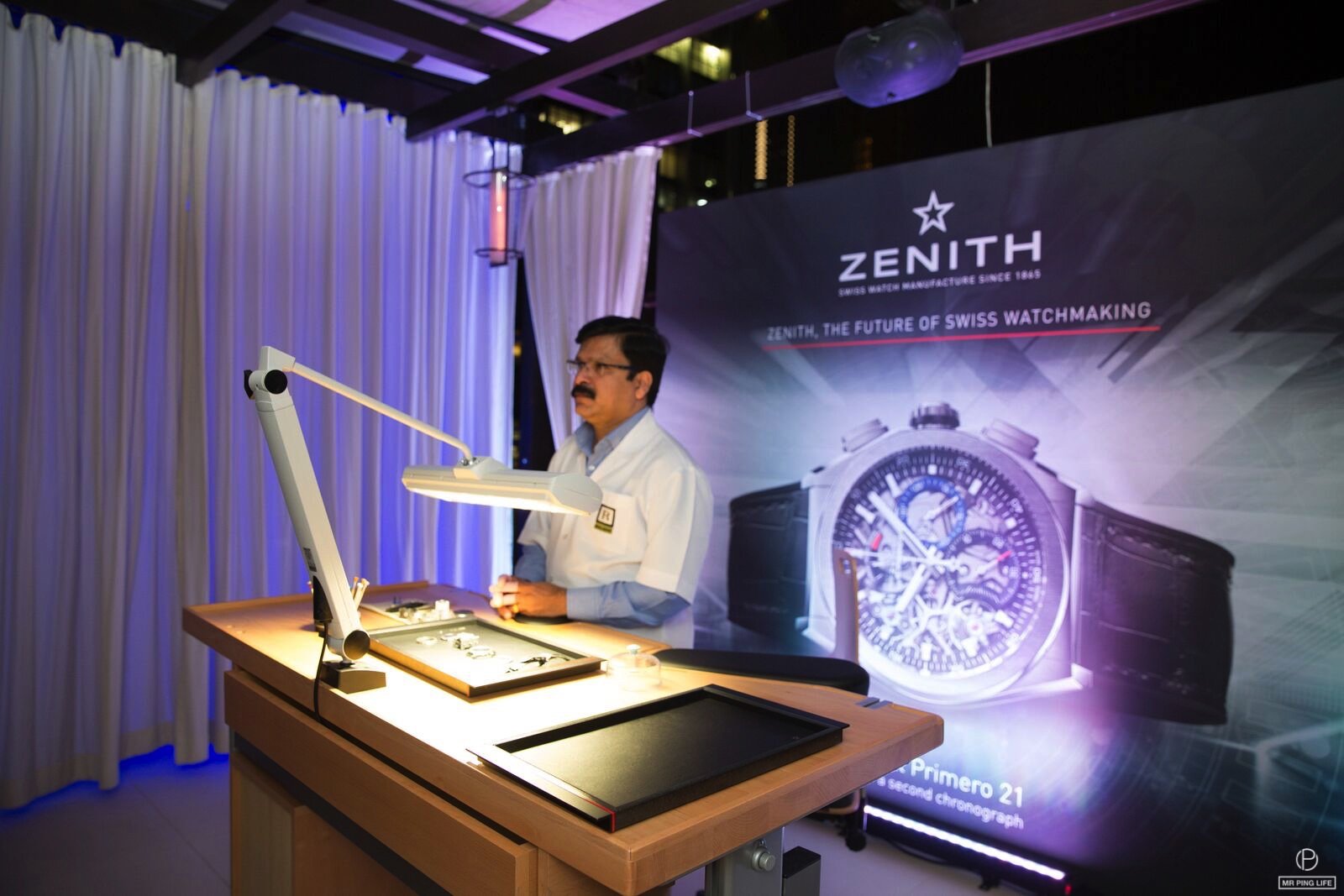 Guests who were even more intrigued by the intricacies of watchmaking observed a master watchmaker assemble a movement and different components of a timepiece, then took turns mimicking the expert in an attempt to finalize the movement.