The eighth Dubai International Film Festival (DIFF), the leading festival in the Middle East, Asia and Africa, will showcase two spine-tingling horror films as part of its ‘Midnight Mayhem’ programme.

One of the Festival’s popular special screening segments, ‘Midnight Mayhem’ offers twisted tales from around the world guaranteed to keep audiences on the edge of their seats.

This year, Midnight Mayhem includes up and coming British director Ben Wheatley’s Kill List and Japanese filmmaker Shinya Tsukamoto’s Kotoko. Both films will screen for the first time in the Middle East.

Kill List, a favourite on the festival circuit, begins as a crime thriller before heading into nightmare territory. When Jay’s debt begins to overshadow his suburban life, his wife, and his son, he finds himself on the verge of a breakdown; but things take a wicked twist when his old business partner and friend persuade him to take up a new mission. Although he is guaranteed an irresistible reward, the nature of the mission causes Jay’s moral fibres to plummet into depths of paranoia and violence. Kill List will be screened at midnight on Dec. 8 and 9, at Mall of the Emirates Cinema 1.

Japanese genre master Shinya Tsukamoto’s Kotoko follows the story of a deeply disturbed mother who suffers frightening double vision. Foreseeing death around every corner, Kotoko tries to protect her young son, but finds herself spiraling out of control. When Tanaka, a novelist observing her behavior, offers temporary comfort, Kotoko finds that peace is short-lived. The film will be screened at midnight on Dec. 9 and Dec. 10, at Mall of the Emirates Cinema 5.

Sheila Whitaker, Director of DIFF’s International Programming, said: “Independent cinema today offers horror and thrillers that surprise viewers with their narrative strength. This year, the ‘Midnight Mayhem’ segment features the best of indie horror films which will be a new experience for fans of this genre.” 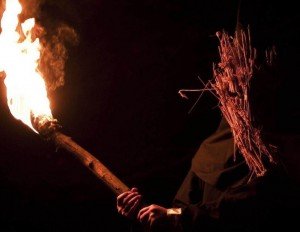 DIFF 2011 will screen 171 films from 56 nations representing the best of national, regional and world cinema between December 7 and 14 at the Mall of the Emirates, Madinat Jumeirah and The Walk at JBR.

The DIFF box office is now open online at www.dubaifilmfest.com and at the DIFF box offices in Dubai Media City, JBR The Walk, Mall of the Emirates and Madinat Jumeirah. Additional information is also available through the Festival’s dedicated customer care number, 363 FILM (3456).

The Investment Corporation of Dubai is the title sponsor of the Dubai International Film Festival, which is held in association with Dubai Studio City. Dubai Duty Free, Dubai Pearl, Emirates Airline and Madinat Jumeirah, home to the Dubai International Film Festival, are the principal sponsors of DIFF. The Festival is supported by the Dubai Culture & Arts Authority. For more and updated information about DIFF, please visit www.dubaifilmfest.com