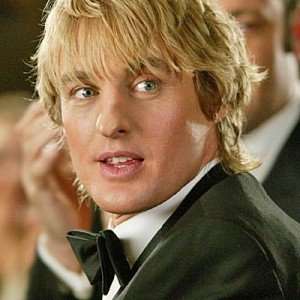 One of Hollywood’s top comedy stars, as well as Academy Award nominated writer, Owen Wilson, whose credits include Zoolander, The Royal Tenenbaums, Wedding Crashers, and Woody Allen’s Midnight In Paris, will be presented with Variety Magazine’s ‘International Star of the Year’ Award at the eighth Dubai International Film Festival (DIFF) to be held from December 7 to 14, 2011.

The award, sponsored by Variety, the globally respected film industry magazine, is presented to one film professional annually at DIFF in acknowledgment of their contribution to the industry. Last year, DIFF presented the Award to Colin Firth, the Academy Award winner, whose award-winning film The King’s Speech also opened the seventh edition of the festival.

Best known for his work in buddy comedies, he shared screen-space from the world’s top actors – from long-time friend Ben Stiller to Eddie Murphy and Jackie Chan, Wilson’s filmography also includes work in drama, romantic comedy, and action films. His repertoire of films, as an actor, includes popular hits: Shanghai Noon and Shanghai Knights; Starsky & Hutch; The Darjeeling Limited; You, Me, and Dupree; Cars; Marley & Me; and Behind Enemy Lines.

As co-producer and co-writer, Wilson proved his credentials by bagging an Academy Award nomination for the script of The Royal Tenenbaums.

Shivani Pandya, Managing Director, Dubai International Film Festival, said: “Owen Wilson, through his lively characters, has brought cheer to the lives of millions of people around the world. His films stand for the delightful and broad appeal of Hollywood, and we are delighted to welcome and celebrate this versatile, hard-working actor in Dubai.”

An exclusive public ‘In Conversation with Owen Wilson’ Q&A event will be held during the course of the Festival.

DIFF2011 will screen 171 films from 56 nations representing the best of national, regional and world cinema between December 7 and 14 at the Mall of the Emirates, Madinat Jumeirah and The Walk at JBR. The DIFF box office is now open at www.dubaifilmfest.com. Additional information is also available through the Festival’s dedicated customer care number, 363 FILM (3456).

The Investment Corporation of Dubai is the title sponsor of the Dubai International Film Festival. The eighth edition of DIFF is held in association with Dubai Studio City. Dubai Duty Free, Dubai Pearl, Emirates Airline and Madinat Jumeirah, home to the Dubai International Film Festival, are the principal sponsors of DIFF. The Festival is supported by the Dubai Culture & Arts Authority. For more and updated information about DIFF, please visit www.dubaifilmfest.com