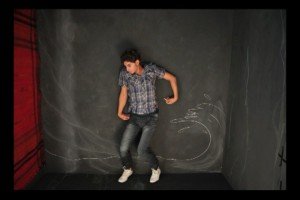 Over a dozen films that demonstrate the diversity of cinema in the Arab world, among them winners at the Dubai International Film Festival and Gulf Film Festival, will screen to German audiences this week at the 2011 Arab Film Festival Berlin (ALFILM), to be held from Nov. 2 to 10, 2011.

Organised by the Friends of the Arabic Cinema, Berlin e.V, ALFILM showcases 60 films from the Arab world, centred on two themes – the main platform being movies on the Arab Spring and the other, a Focus segment on humour in Arab cinema. The festival also has a Retrospective segment, this year honouring Lebanese directors Borhan Alouié and Maroun Baghdadi. Now in its third edition, ALFILM selects films that are rarely screened in European theatres.

Among the films chosen from the UAE include Abdulla Al Kaabi’s The Philosopher, based on ‘Baggio’s Story’ by Charlie Fish, about a successful Parisian, a pianist, footballer and bon vivant who decides to rid himself of all his possessions; and Hamad Al Hammadi’s End of December in which an old man’s room catches fire.

Iraq is represented by Oday Rasheed’s Qarantina, the story of a professional killer in Baghdad, whose clients get increasingly frustrated with him while he continues to murder people independently; and Jassim Mohammed Jassim’s Self-Illuminated, a look at every individual’s battle between facing reality or a fantasy of their own making.

From Kuwait is Abdullah Boushahri’s Heaven’s Water, which made its premiere at the seventh Dubai International Film Festival. It narrates the story of a peddler who gets involved with a pregnant girl looking for a way out.

Another selection from the Gulf is Saudi Arabian director Abdullah El-Eyaf’s Aayesh, the story of a man who finds himself in the most unpredictable of times. Also to be screened is Danish director Ala’A Mohsen’s Child of Iraq depicting his journey to rediscovering his Iraqi roots.

A number of films screened in earlier editions of DIFF that reflect the sense of humour in Arab cinema will be screened in the Focus 11 segment of ALFILM. Focus 11 captures Arab humour in all forms – comic, political satire, wit, sarcasm, subtle irony and black humour.

Among the selection is Algeria’s entry for Best Foreign Film at the Oscars 2008, Masquerades, which premiered at DIFF 2008 and won the Muhr Arab Award and the FIPRESCI Award under the category of ‘Best Film’. Directed by Lyes Salem, the film has a rich raft of humour, narrating the story of an arrogant man, who has only dream – to be appreciated by his fellow citizens.

Also to be screened in Focus 11 are V.H.S – Kahloucha by Tunisian filmmaker Nejib Belkadhi, a fun film about a house painter who dreams of becoming a film director and actor; and Belgian filmmaker Nabil Ben Yadir’s Les Barons, a family drama set in modern-day Brussels, which narrates the story of Hassan, Aziz, and Mounir, who lead a life of pleasant apathy, spend their days loading around in unhurried torpor.

Other films at ALFILM, screened earlier at DIFF include: Nomad’s Home (Beit Sha’ar) by Egyptian filmmaker Iman Kamel, offering a portrait of two Arab women born in different social and cultural circumstances within contemporary Egypt; Fix Me by film-maker Raed Andoni, which explores the collective and individual psyches of modern-day Palestinians; and Casanegra, by director Nour-Eddine Lakhmari, which won the Muhr Arab awards for Best Actor and Best Cinematographer at DIFF 2008. The film is about friendship, yearning and the cruelties of fate suffused with the violent, chaotic authenticity of the Moroccan streets.

The Retrospective 2011 segment features another DIFF-winner, Khalass by director Borhane Aalouié. The film won the Muhr Arab awards for Best Editor and Best Scriptwriter at DIFF 2007, and charts a series of events from the lives of three individuals, set against Beirut, which is going through a phase of renewal and reconstruction.

Masoud Amralla Al Ali, Artistic Director of the Dubai International Film Festival, said: “Germany is a strong supporter of the Arab film industry, building on the centuries-old trade and social relations with the Arab world. The Arab Film Festival Berlin will serve as an ideal platform to present a strong roster of films reflecting the rich cinematic talent in the region. By screening their movies at the festival, filmmakers from the region Gulf can further expand their reach to a wider audience.”

DIFF is held in association with Dubai Studio City. Dubai Duty Free, Dubai Pearl, Emirates Airline and Madinat Jumeirah, the home of the Dubai International Film Festival, are the principal sponsors of DIFF. The Festival is supported by the Dubai Culture & Arts Authority.