NYE 2014 Fireworks Light Up Dubai And Dazzle The World! 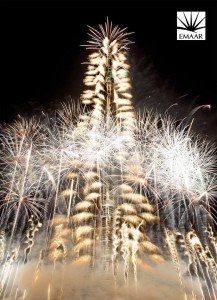 Last year, the emirate set a new Guinness World Record with 400,000 fireworks being set off from 400 locations around the city. On the night of December 31, 2014, Dubai surpassed itself again and arguably most other cities in the world, with its new LED spectacle World Record!

A breathtaking fireworks display from and around Burj Khalifa which was being livened with colourful lights, accompanied by the spectacular fountains dancing tall and proud while emotional music filled the air. The sound, fire, light and water spectacle lit up the city and raised the bar even higher for New Year 2015!

Not sure where to celebrate next year? You have your answer!