Sade: Another Spectacular Weekend at Yas Island – Be There 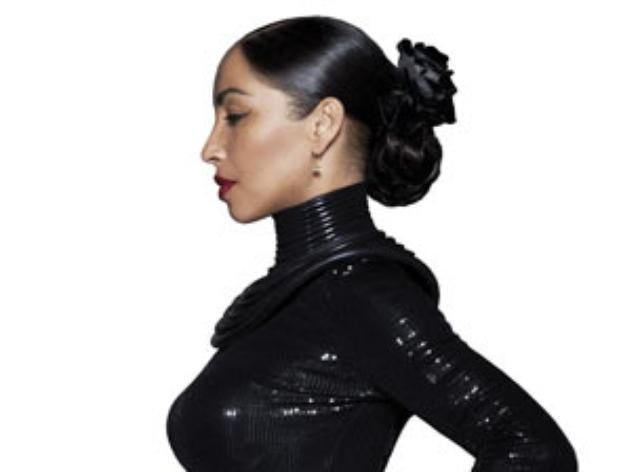 As the curtain falls this weekend on another spectacular installment of Yas Island Show Weekends, it will also be the first and last time Sade will appear in the Middle East, as the iconic British soul/jazz and R&B band wraps ups their comeback and final tour, later this month.

In a candid interview, Sade Adu, the ‘Smooth Operator’ behind the Grammy Award-winning group, Sade, reveals this tour was unlike any other she had done in her life.

Her reason, she said: “This time it will be harder for me than ever before to no longer be on the road.”

The front woman, with the suave and seductive voice that has touched the hearts of millions, all but confirmed the Sade Live 2011 tour will be the last. “I’ve never been as committed as on this tour. It is a special time, I would say that the musical harvest of my life.”

Abu Dhabi will have this one opportunity to see Sade close the 2011 installment of Yas Island Show Weekends, when the band performs at the YAS Arena, Yas Island, on Friday night.

After a decade away from the spotlight and following the success of their critically acclaimed 2010 album Soldiers of Love, nominated for two Grammy Awards, Sade announced they were returning to the world stage, embarking on an international tour. In May, the band released their follow-up album, The Ultimate Collection, featuring the never-before-released track ‘Moon & the Sky’ recorded with hip-hop mogul, Jay-Z.

Since heading out on tour in April, 2011, Sade has played over 100 concerts, with the last to be staged in Australia, as soon as she completes her two-hour set in the Capital.

As the most successful solo female artist in British history, having sold over 110 million albums worldwide, Sade Adu, chose to live her life out of the spotlight, instead focusing on raising her then 4-year-old daughter Ila, now 15.

During her 10-year absence from the industry, the seductive Nigerian-British singer and songwriter said music never left her.

“It was always buzzing around in my head, even if I was not aware of it. It is the backdrop in which my life is playing,” she recently told Swiss media.

While many music critics referred to her album Soldiers of Love, her first album in 10 years with new material, as a comeback CD, Sade prefers to look at it from a different perspective.

Her response: “I see none of our albums as a comeback CD, but always as a step forward in our development. I’ve always felt that somehow we are there, even if we are not there … Probably because I was so much into my own life, that I didn’t realize how fast the years went by.”

Sade will perform hits from both Soldiers of Love and The Ultimate Collection, book your tickets to what has been regarded worldwide as one of the best concert spectacles Sade has ever staged.

Thousands of people have taken advantage of the transport services offered in and around Yas Island. Those living in Dubai have enjoyed the bus service that has been made available, with the journey to Yas Island taking between 45 to 60 minutes Information on the iMan transport service can be found at www.thinkflash.ae

Make it a Weekend. Make it a Yas Island Show Weekend. For tickets visit www.thinkflash.ae. Plan your weekend at www.yasisland.ae