Red Bull’s Motorcross champion Mohammad Balooshi is getting ready for Rally Dakar in the first half of January 2012, with an extensive program of training specifically conceived for the legendary race, as the Emirati rider adds yet another milestone to his long record of achievements. Mohammad Balooshi launched his career by winning the title of “UAE’s best motorcycle rider in 2003”, yet he heralds the tenth year of his outstanding achievements with one of the most distinguished motoring events in the world: Rally Dakar in the beginning of 2012 in Latin America across Argentina, Chile and Peru.

Mohammad Balooshi is a 32 years old Emirati and the father of three children. He seriously launched himself in motorsports races in the year 2000, when he participated in the local motorbike competition and finished seventh in the overall standings. The following year, he won the first “Red Bull Super X in the City” held in Abu Dhabi, and went on to collect even more local titles. Following his exceptional performance which landed the first place in the Dubai championship in 2003, and third place in Umm al Quwain that same year for the 125 cc and free style category, Red Bull’s rider was crowned champion of the UAE’s motorbike competitions for 2005 and 2006.

In November 2010 and for the second consecutive year, Balooshi was the Arab Champion for motorbike championships, while in December 2010 he held the “Under My Wings” campaign with seven other young athletes, riding bikes in the desert for a 24 hour training camp. More recently, Balooshi adorned his remarkable track record with yet another achievement as he won the first place in the Qatar International Baja Race, in his category.

Mohammad Balooshi is undergoing intensive preparations to participate in the mother of all races “Rally Dakar” for the first time in the sports history of the United Arab Emirates. The Red Bull champion will participate with the “KTM Rally Factory Team” representing his country and the rest of the Arab region in the colossal annual events organized for several decades now. This achievement places Balooshi along some of the greatest world athletes in this sport who will also be participating in the Dakar 2012 in the motorbikes category and they are: Red Bull’s Marc Coma, the Spanish champion of last year’s race and Cyril Despres, the crowning champion of Dakar 2010.

This constitutes a huge motivational factor for the Red Bull champion, to intensify his preparations and offer the best possible performance in South America. Balooshi says: “Although I have participated in several races this year, I have to train myself in different techniques for Rally Dakar. These specific techniques require in addition to speed, utmost concentration and outstanding navigation skills because the race stretches over thousands of kilometres”. And he adds: “Drivers in general and most particularly bike riders need to be in a higher state of awareness and mental focus before taking off and during on the first stages of the rally, in order to avoid the smallest of mistakes on the tracks could cost the rider the entire race”. 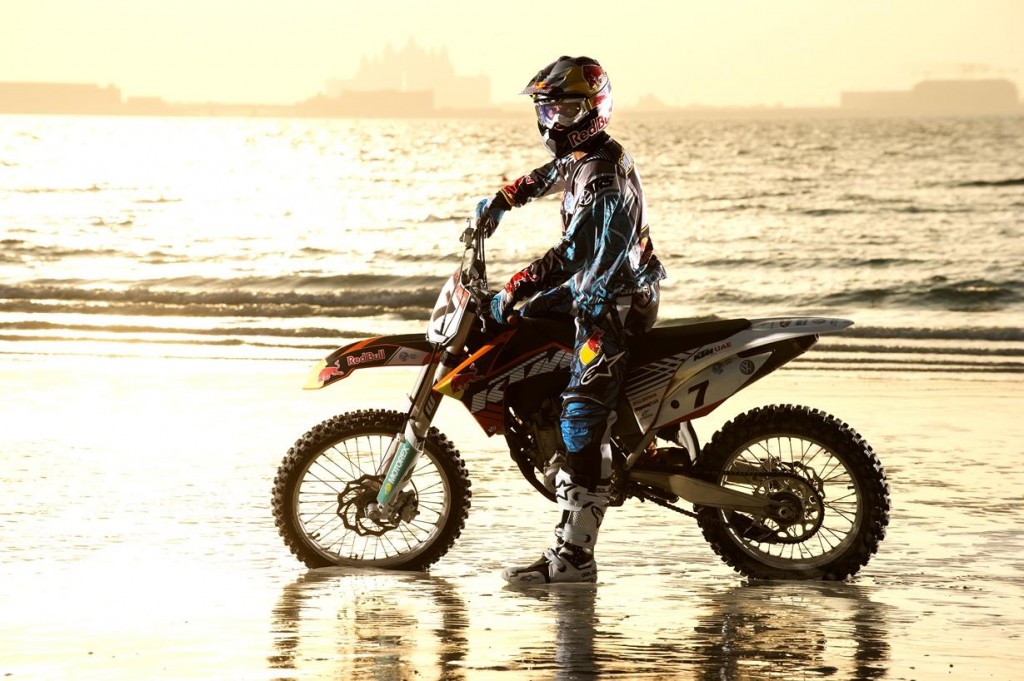 The Emirati champion who is planning on providing an exceptional performance during the race, assures that he will gain a lot by participating in such a world-scale event, and he says: “My objective is to take my performance to the next level and extend my experience on the international level; so how about if the event in particular is none less but Rally Dakar?”

About his chances of winning along some of the greatest names in the sport, Balooshi confirms that he is not going to South America for the sake of participation or to visit Argentina, Chile and Peru. Mohammad is definitely looking forward to achieving good results and will concentrate on finishing the race and using his strengths to avoid mishaps. Yet he hopes to be able to reach good positions and raise the name of the UAE and the entire Arab region high in the Lima skies, if Allah wishes. 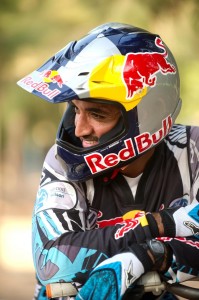 Rally Dakar is a unique race and competition for motorcars, bikes and trucks on some of the most rugged roads of the world. The adventure goes back to 1977, and it used to kick off in Paris to end in Dakar, the capital of Senegal. Every year, this challenge adopts a different track and pits some of greatest rally drivers against amateur competitors. Often, the same challengers participate in all three categories of the race which could reach up to 15 days. With a different distance for each day adding up to hundreds of kilometres for each day, competitors go through some of the most complicated off-piste tracks in the worlds across muddy and mountainous roads and sand dunes. For Dakar 2012, the rally crosses three countries in South America, from January 1st until the 15th. The race will take off in Argentina’s “Mar del Plata”, for a 14 –phase competition which will take the skilful drivers through Chile to Peru’s capital, Lima, across 9000 kilometres of diversified landscape in a unique adventure that is renewed every year.