A homage to Geneva and its artisanal legacy

Patek Philippe’s alliance with Geneva was forged 175 years ago, but watchmaking has been intimately associated with decorative arts for over 400 years. During the turbulences of history, many artisans with rare skills found a haven in cosmopolitan Geneva and, working hand in hand with watchmakers, won global acclaim. Patek Philippe consistently placed great emphasis on creating a stage for highly specialized forms of craftsmanship such as engraving, guilloching, enameling (cloisonné, champlevé, miniature painting, flinqué, plique-à-jour), marquetry, the jeweler’s arts, skeletonizing, and related techniques by giving them prominence on the cases, bracelets, and dials of its most precious timepieces. This remained a focus even in the period from 1950 to the end of the 20th century, when the demand for lavishly decorated watches dwindled.

In the 1940s, after having acquired Patek Philippe, the Stern family also began to collect the finest examples of these handcrafts as witnesses of the pinnacle of ornamental artistry. The private Patek Philippe Museum was inaugurated in 2001 to give the public access to these showpieces alongside the largest known collection of portable timekeeping instruments dating back to the 16th century.

Philippe Stern, the manufacture’s honorary president, and his son and current president Thierry Stern, were always aware of the fact that the artisanal skills needed to craft such sublime creations would not survive in a museum alone. They need to be practiced every day, refined, and handed down from one generation to the next. Despite the entrepreneurial risks that were involved, a considerable effort was invested to reawaken the interest of enthusiasts in traditional Genevan handcrafts. As a result, the demand for timepieces with exquisite decorations rebounded. The manufacture was able to recruit the last true masters of these arts and persuade them to share their know-how with up-and-coming craftspeople. Thus, precious knowledge has been saved from extinction at least for the next few years. In the meantime, the desirability of rare handcrafts watches has grown to such an extent that their buyers must exercise just as much patience as the artists who perseveringly adorn them by hand. 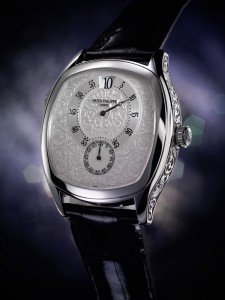 To commemorate this year’s 175th anniversary celebrations, Patek Philippe is presenting a number of limited-edition Rare Handcrafts models that salute these incomparable artisanal skills. And no motif could be more appropriate than the city of Geneva with its landmarks, its citizens, and its harbor. This is where Antoine Norbert de Patek was given a warm welcome in 1835. Four years later, he established the manufacture that was renamed Patek, Philippe & Cie. when the ingenious French watchmaker Jean-Adrien Philippe joined the company in 1851. Since then, the company has remained loyal to the city of Geneva and still owns the original lake-view headquarters on Rue du Rhône to which it moved in 1853. Incidentally, for many years, honorary president Philippe Stern was a respected regatta skipper on Lac Léman, as Genevans call their lake. In turn, it is famous for its traditional lateen-rigged sailboats and for the Bol d’Or Regatta, one of Europe’s foremost inland sailing competitions. Now, such motifs adorn a collection of forty unique or strictly limited-edition models featuring eclectic handcraft techniques to memorialize Patek Philippe’s 175th anniversary.

Years ahead of its 175th anniversary, Patek Philippe spared no effort to find and enlist the best specialists to convert forty commemorative timepieces into true paragons of artisanal and horological artistry: twenty wristwatches as well as twenty Dome table clocks and pocket watches with their respective holders. They all pay tribute to the different enameling, engraving, marquetry, guilloching, and gem-setting techniques, individually and in combinations.

Burins, needles, chisels, and other sharp metal blades with wooden handles are among the tools used for engraving, the probably oldest technique with which timepieces have been embellished for hundreds of years. In the hands of an expert, engraving transforms the case of a pocket watch into a work of art with vivid contours and graceful reliefs that come alive as the light caresses them. The most commonplace techniques are line engraving, the somewhat deeper low-relief, and the prominently sculpted relief engraving. Nearly two hundred engravers were registered in Geneva alone in 1789; meanwhile, their ranks have dwindled to perhaps a dozen. 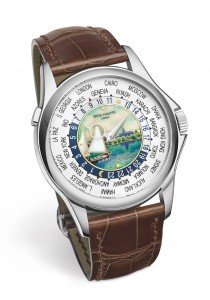 The term encompasses a broad spectrum of traditional techniques that to this very day are used to adorn select Patek Philippe timepieces. The most complex one is miniature painting on enamel, a world-famous Genevan specialty. Often, it involves reducing large paintings to the format of a watch with extreme fidelity. Executed with ultra-fine brushes, the process takes months and includes the application of countless translucent enamel coats as well as numerous firing passes. Cloisonné enameling results in luminous and colorful decorations of an intensity resembling that of the richest stained glass. The motif elements are shaped with flat gold wire in thicknesses of 0.05 to 0.10 mm. The compartments thus created are filled with enamel paints and fired in an oven. In champlevé enamel, the form elements for a motif are engraved into the metal; the recesses are filled with an enamel compound and fired at over 800°C. Another tradition pursued by Patek Philippe is called flinqué. This refers to a translucent enamel applied to a guilloched or engraved metal surface to create scintillating sunburst or undulated patterns. The fifth technique, called plique-à-jour, is reminiscent of colorful stained glass windows in churches. For this purpose, the metal is selectively pierced. The pierced portions are filled with an enamel compound and then fired. Patek Philippe also nurtures the art of paillonné enameling, with which tiny gold- or silver-leaf spangles called paillons are embedded in the enamel. The shapes of the spangles are punched out of ultra-thin beaten silver and gold sheets with steel cutters and applied to a usually darker layer of enamel. Then, they are covered with a layer of highly transparent fondant enamel, which amplifies the sparkle of the sequin-like objects and protects them – in the case of silver against oxidation, for example.

The grisaille technique inspired by the Limoges school of enamelers has its roots in the Renaissance era and today is one of the rarest decorative art forms. A cross between painting and line drawing, it could also be referred to as ‘monochrome drawing with a brush’. The grisaille artist creates a motif in so-called Limoges white on a dark, typically black enamel background. Extremely fine brushes or even needles are used to create structures in hairline dimensions. Depending on the complexity of the art, the blanc de Limoges is applied in three or four, but sometimes eight and more thin layers, creating very subtle monochrome gradations from black via gray to white. 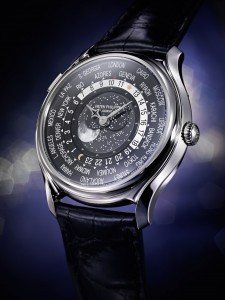 Guilloching is a mechanical variant of engraving used to create regular patterns such as line grids, waves, intersecting circles, and other ornamental designs. The guilloching machine resembles a lathe. It has a multi-cam-controlled workpiece headstock that rotates and reciprocates to produce the guilloché patterns. The decoration is created by a chisel point which cuts into the workpiece during these motion sequences. Patek Philippe still operates an in-house guilloching department with machines that are over one hundred years old. Because they are superbly maintained, they continue to produce manual guillochés of immaculate quality.

The result of this artisanal craft might be referred to as a wood mosaic that is frequently accentuated with precious metal inlays. To create richly detailed motifs for watch dials, the individual parts must be very small. Master marquetarians work with extremely thin veneers and can choose from over 120 wood species with different colors and textures. The often tiny pieces are cut out of the veneer with a high-precision fretsaw and then assembled to form a complete image in a very time-consuming process. It can easily take an entire month to produce a marquetry dial. 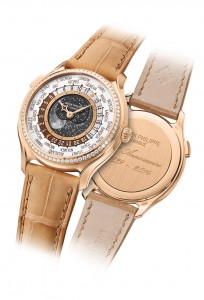 The expertise of the jeweler encompasses elaborate gem-setting techniques that are consummately mastered at Patek Philippe. The unique pieces created in the Genevan ateliers unite all the major setting methods for precious stones such as bead, gridless pavé, and closed, as well as the extremely sophisticated invisible setting, which is considered to be the pinnacle of the jeweler’s craft and entrusted only to the most accomplished specialists. The directives of the Patek Philippe Seal require that precious stones must be set exclusively according to the highest jewelry-making standards.