The launch of this latest model took place the day after Al Wajba Motors, the sole distributor for Bentley in Qatar, announced the opening of its new Bentley showroom in Doha, further strengthening the famous British brand’s presence in the state. 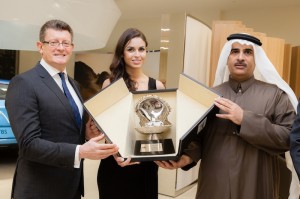 Member of the Board for Sales, Marketing, Aftersales Kevin Rose commented: “Bentley has enjoyed remarkable success across the Middle East in recent years and the region is one of our most valued global markets. The Continental GT V8 S is an exciting addition to the Bentley range and we are confident it will be a favourite amongst drivers in the region with its sportier stance and enhanced performance.”

Available in both coupe and convertible forms, the new Continental V8 S models feature an uprated version of Bentley’s twin-turbo, 4.0-litre engine that now develops 521 bhp (528 PS / 389 kW) and 680 Nm (502 lb.ft) of torque, together with careful suspension modifications and a selection of new exterior and interior features.

The Continental GT V8 S is given a lowered suspension and lower-body styling that includes a sharp front splitter, discrete side sills and a subtle rear diffuser finished in Beluga gloss.

The signature 20-inch wheels are unique to the ‘S’ models with an open-spoke design that reveals distinctive, red-painted brake calipers. Subtle ‘V8 S’ badges are applied to each front fender, and as with the other members of the Continental V8 family, the famous Bentley Wings badges feature a red centre.

Alongside the Continental GT V8 S was a favourite among Middle East customers, the Mulsanne. Bentley’s flagship model represents the purest example of a Grand Touring Bentley, combining coach-built elegance and hand crafted luxury with immense power and sportiness that together offer the world’s most exclusive driving experience. It is a luxury car that makes the joy of driving its central focus. In an era of mass production, it stands at the pinnacle of British luxury motoring. 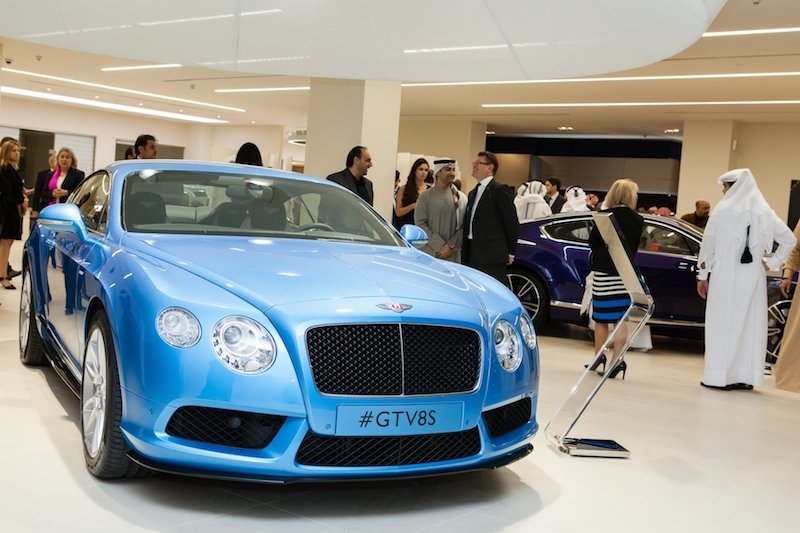 Completing the line-up at the Motor Show was the luxury four door sedan Flying Spur. Despite only being released in the region in late 2013, it has already attracted many new Bentley customers.