Here’s a special testimonial from DJ Nick Tohme after watching the live performance of Metallica at Yas Island in Abu Dhabi.

“Dreams come true, believe it, because they do ! While you’re growing up, you may encounter many genres of music, and many artists, but only a few will control your mind and heart, and your love for their music will keep on growing endlessly, Metallica took over my mind and heart … Endlessly !

Yesterday October 25th, witnessed a dream coming true for thousands and thousands of rockers, and I was one of them.

It was all happening in Abu Dhabi UAE, the all new Yas Island hosted the world’s BIGGEST band ever, METALLICA.

Around 25000 rockers from all around the region gathered at the Yas arena, witnessing the world’s biggest band.

The opening act Nervecell delivered an exquisite and remarkable performance, they warmed up the crowd their way, and the crowd reacted back very positively, very proud to have such a local band delivering worldwide class in rock music. 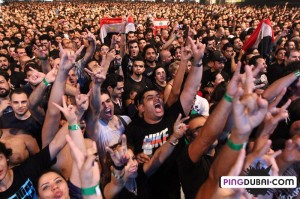 The hour came to around 10 pm, all the lights went off, and I promise you I started shivering, I could feel what was coming, I was waiting my whole life for that moment, that moment where I witness that opening track, that tune that never left my mind and heart … and there it was, it started playing, ”Ecstacy of Gold” From the Good, Bad and The Ugly by Ennio Morricone, Goosebumps were filling the arena, people chanting to the opening theme, and waiting anxiously for the world’s biggest band to appear…

The countdown is up, and there you could see Lars appearing behind his drums, and then James, Kirk and Robert followed up. The arena flipped upside down, I couldn’t believe I was actually watching Metallica LIVE.

Going through their tunes, from the old and new albums … singing classics like Seek and Destroy, Master of Puppets, Sad But True and of course NOTHING ELSE MATTERS and so on and on … But to be honest my highlight was ”THE MEMORY REMAINS”, which I was shocked they sang it, I was singing this song for the past 2 weeks, and wishing they would actually perform it live, and they did!

I just want to end this short review by being so thankful, I was waiting for that night for 20 years…20 years I was listening to Metallica and yesterday I finally saw them perform live, what I wrote now was me just trying to explain to you what was happening, but that “feeling” I will never ever be able to describe.” 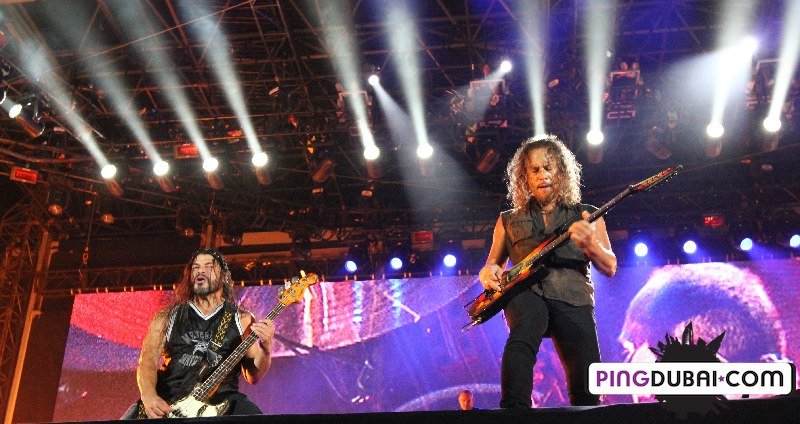