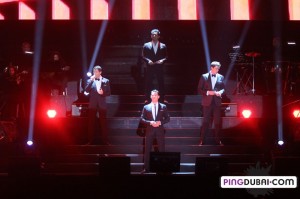 Suddenly, the lights are dimmed, and members of the orchestra fill the rows at the far end of the stage, tuning their instruments.

Sebastien, Urs, Carlos and David appear, handsome and classy in their tuxedos, and we are transported to another world. 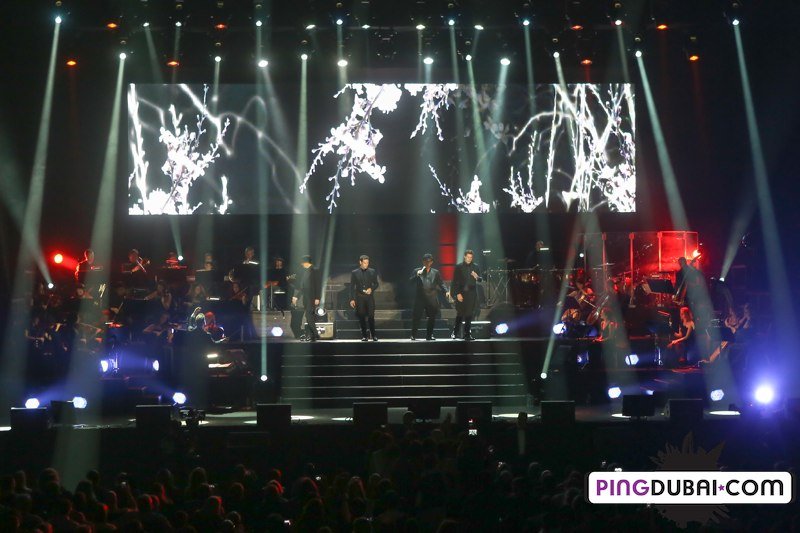 In between songs, the remarkable performers show off their sense of humor by teasing each other, making jokes and interacting with the audience, reminding us that despite their angelic voices and serene appearance, they are just as human as the rest of us. After a first heavenly set including the famous Come What May (from Moulin Rouge), A Mi Manera (Sinatra’s My Way), Every time I Look At You and Adagio, a 20 minute break is announced, and our senses are drawn back to earth. The quartet retreats backstage to rest and reenergize.

Once everyone is in place, gray clouds appear on the background screen, and Sebastien sets the mood again with Senza Parole; in turn, Carlos, David and Urs join in. We are indeed left ‘senza parole’ (speechless)! An Italian version of Wicked Game -Melancholia-, the title song from their latest CD, follows. Carlos talks about having goosebumps when he hears this song, and does not forget to mention he is single; he invites the ladies in the audience to dance the salsa, and off go the women in frenzy. 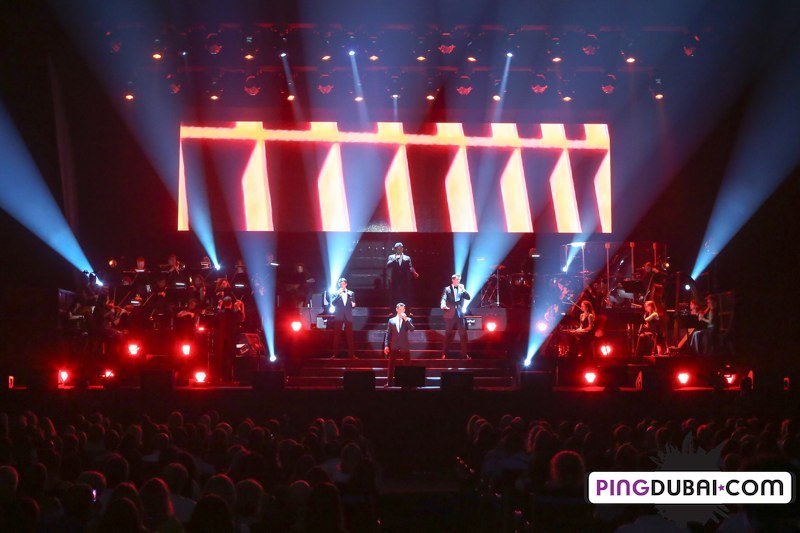 David picks up the humor: not only does he have an exquisite voice; he can also make us laugh. Discovering there are new Il Divo fans in the audience, he introduces himself as “the American of the group”, and then presents Urs (Switzerland), Sebastien (France) and Carlos (Spain). He points out that the four of them have four very special ladies in their lives –their mothers- and dedicates Mama to them, leaving us all reminiscing about our own mothers. To add passion to memories, the group of four fervently performs Hallelujah and a breeze of emotions swoops through the audience. 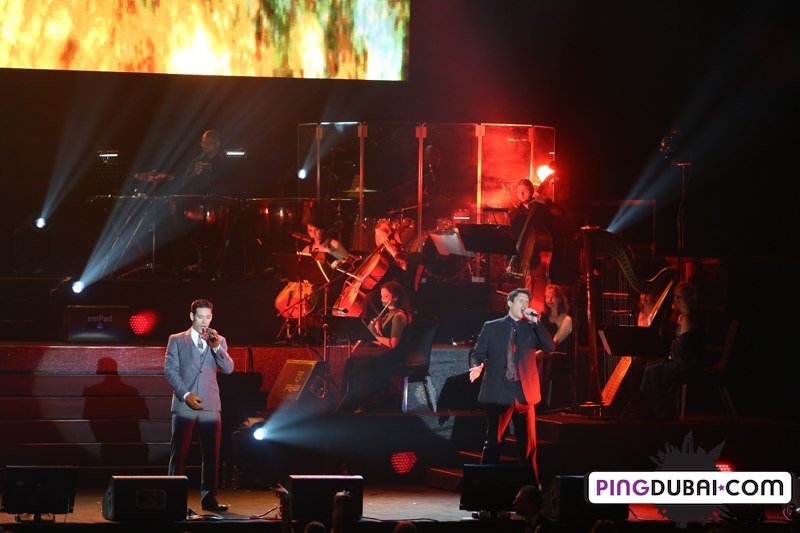 Talking about his youngest, son Jude, Sebastien invites us to assist him in the French lullaby Frère Jacques, then chants If You’re Happy And You Know It Clap Your Hands, and we all do. What follows is an interesting mix of the Il Divo versions of Llorando, Ven A Mi (Stay), Unbreak My Heart (Toni Braxton) and Pour Que Tu M’Aimes Encore (Céline Dion). They finish off with West Side Story’s Somewhere, fueling a storm of applause and cheers in the audience that calls out for encores as the group exits the stage.

A few minutes later, dressed in black, the four appear at the top of the stairs and bid us farewell with a perfect, captivating rendition of Con Te Partiro (Time To Say Goodbye).

Although Dubai said goodbye –for now-, we sure won’t be forgetting David, Sebastien, Carlos and Urs any time soon! 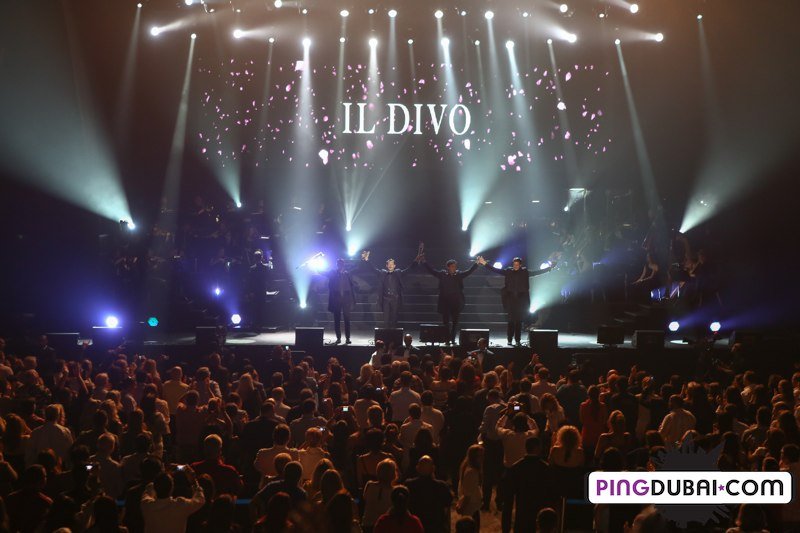 M Premiere, who organized this concert in partnership with dudu, are bringing us the choir group Gregorian in an elite concert in Dubai.

We are looking forward to yet another unforgettable evening!