Hublot unveils its team of international football stars as part of its 2014 FIFA World Cup campaign.

Pelé, FIFA Président Sepp Blatter, coach José Mourinho, Luiz Felipe Scolari (coach of the National Brazilian team), Roy Hodgson (coach of the National English Team), international referee Howard Webb, Colombian Falcao, Swiss Xherdan Shaqiri, Swiss Michel Pont, Italian Marcello Lippi, Juventus de Turin, Paris Saint-Germain, Bayern Munich, Guangzhou Evergrande…. all the giants of football. All the big names, living legends of football who have chosen Hublot, not only to be ambassadors and friends of the brand throughout the world, but also to work together on a variety of projects, some in aid of charity and others such as the one being presented today. 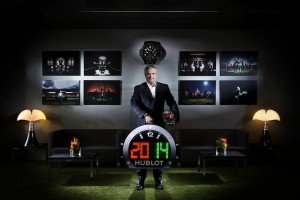 This year, to mark the forthcoming FIFA World Cup, for which Hublot is the Official Timekeeper and Official Watch, the Swiss watch brand invites us to discover them in a new, unique and different way – rather like it approaches all of its projects.

The result is a series of striking and exceptional portraits which reveals them as they’ve never been seen before. Each photo portrays the unique personality of the person or group. 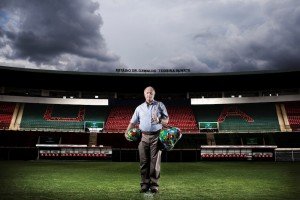 All of the images tell a story by capturing moments of closeness between the ambassador and the Hublot team: Pelé, the King of Football, was photographed on a stair landing in a fashionable Ipanema hotel in Rio, revealing his kindness and attesting to a strength and fitness extraordinary for his age. José Mourinho, also known as The Special One, was photographed surrounded by clocks in a shadowy basement during a visit to the Hublot manufacture in Switzerland, while the Juventus players were beautifully captured in high spirits the day after their match against Fiorentina. The Paris Saint-Germain team are portrayed on the turf at their training centre, as the sun momentarily breaks through the clouds during a rainy afternoon just long enough to capture the photo.

Each photo bears Hublot’s symbol for the FIFA World Cup: a football painted and decorated by the renowned artist Romero Britto, a Brazilian painter and sculptor whose work combines elements of Pop Art, Cubism and graffiti. This ball links all those involved in the project with the official watches of the FIFA World Cup, which are presented in cases in the shape of the football decorated by Britto. 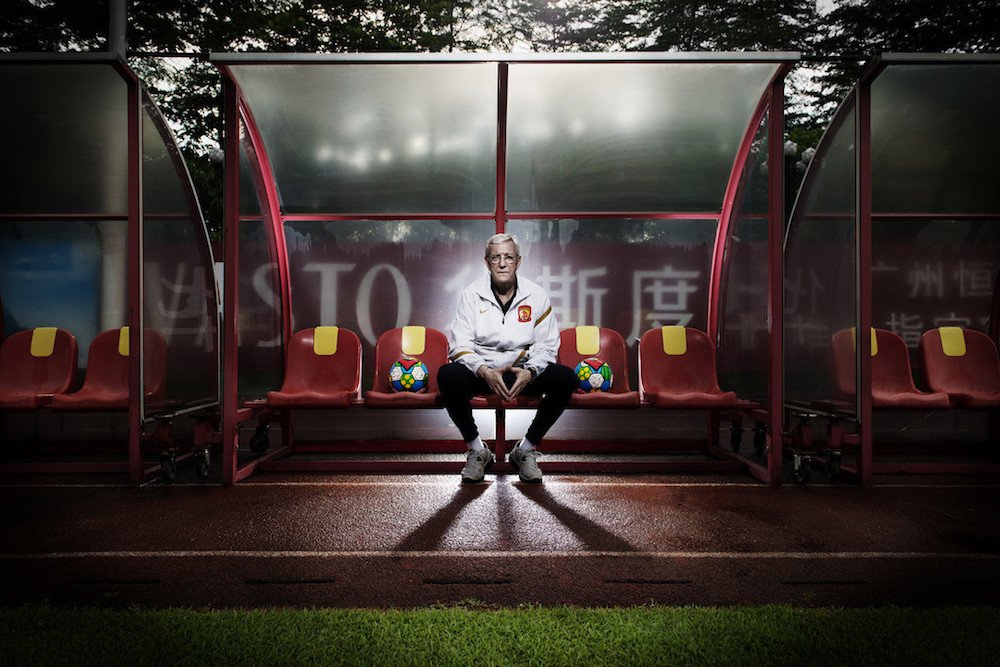 The offbeat yet respectful photos were taken by Fred Merz, a Swiss freelance photographer who lives in Geneva. With numerous photographic exhibitions to his name, his portraits and journalistic photos, whose lighting and approach are instantly recognisable, are used by some of the world’s biggest media companies. Renowned and much in demand for his portraiture talents, Fred Merz casts an aesthetically astute eye over the world – a world he illuminates in such a way as to produce almost cinematic compositions featuring exquisitely constructed images. 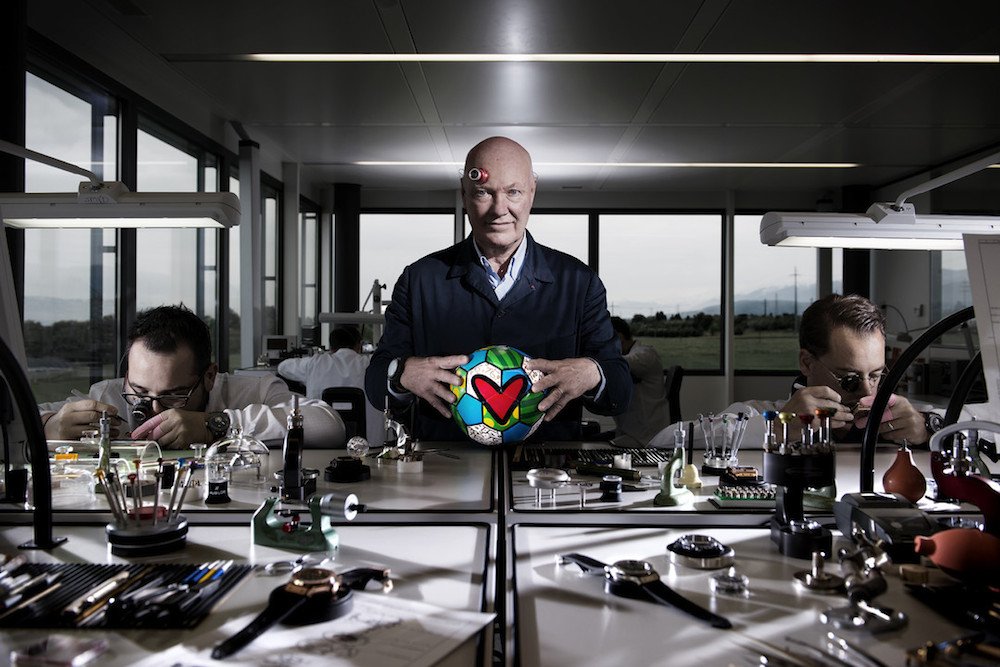