It’s official, not only did Dubai succeed in breaking the world record for the world’s ‘Largest Fireworks Display’, the Gulf State managed to smash it by firing a staggering 479,651 shells into the New Year’s Eve sky in just six minutes – almost 80,000 shells per minute and 1,332 fireworks per second.

Within the first 60 seconds, Dubai fired enough shells to break the previous Guinness World Record, an hour-long show of 77,282 fireworks achieved in  2012.

As part of the rigorous verification process, Guinness World Records adjudicators physically counted all fireworks before and after the performance resulting in them confirming and verifying this extraordinary record-breaking achievement. 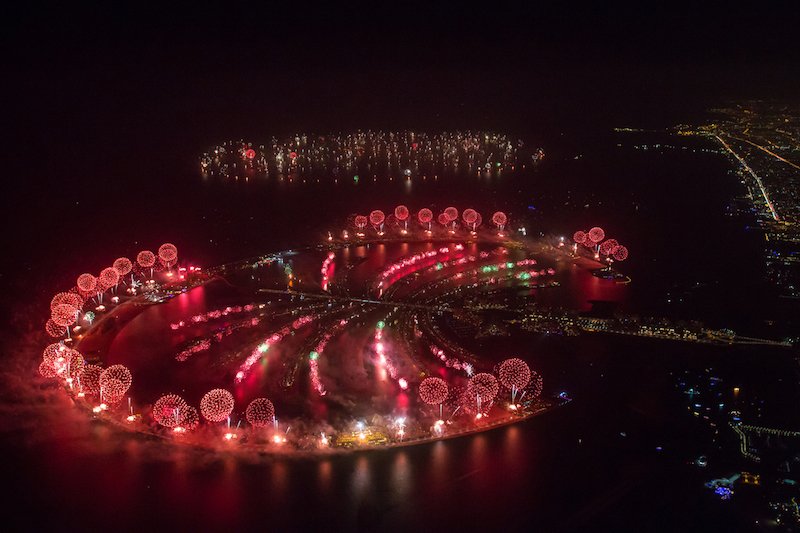 Thousands of people, who watched the spectacle from various locations, were left mesmerized by the dizzying array of colours.

The sheer magnitude of the fireworks performance was immense; launching from stations mounted across all Seven Continents of The World Islands, its surrounding breakwater and across the entire Palm Jumeirah, occupying 95km of seafront. To ensure that the display was a triumph, a team made up of over 1000 experts from The UAE and other countries were hired.  A further 200 pyro-technicians worked on the project and 100 computers installed to control the showdown to the millisecond. Accompanying the fireworks performance was music, specifically composed for the event and inspired by a local song. 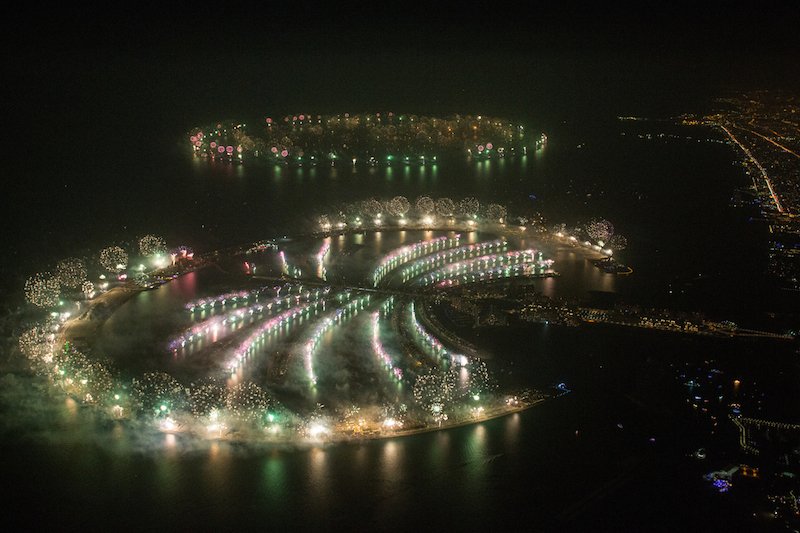 Materials for the display were sourced locally and internationally. The display took ten months to plan and more than 5,000 man-hours to install. Throughout the preparation and during the magnificent event, paramount security and public safety were maintained.

The event, organised by Dubai, marked the end of an outstanding year for the city, which was awarded World Expo 2020 and also celebrated the UAE’s 42nd National Day.