BREGUET, A Major Patron of the Louvre 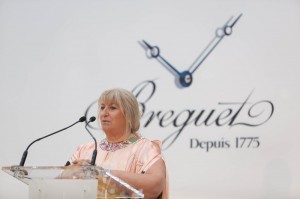 Breguet, major patron of the restoration of the Louvre’s Louis XIV to Louis XVI rooms, is celebrating the re-opening of these spaces in conjunction with the greatest museum in the world. On June 17th 2014, the House of Breguet and its President & CEO, Marc A. Hayek, will be present at the Louvre to welcome approximately 300 VIPs from all over the world. The prestigious watchmaker promises an exceptional private event, worthy of the pomp and splendour of the historical royal palace. On the programme for this unprecedented celebration: a visit to the Louvre new rooms and master pieces, a refined cocktail in the Hall Napoleon and exclusive gala dinner under the museum’s renowned glass pyramid. On this occasion, Breguet will also treat its guests to a unique concert by young soprano, Polina Pasztircsák, winner of the 65th Geneva International Music Competition that the watchmaker has been sponsoring since 2002. 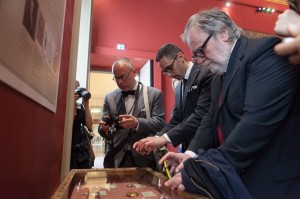 This year, in 2014, the exceptional patronage project amounting to several million euro launched by Nicolas G. Hayek in 2009 will reach completion under the watchful eye of his grandson, Marc A. Hayek . Undertake at the begining of the 1980s, century art collections. Closed to the public for nearly ten years, the estimated 2,500 m2 area that has been restored is now entirely revamped. The museography and educational presentations have also been completel revised. This redeployment of the collections allows the works to be integrated with a unique palatil architecture combining visibility and clarity. In this way, justice is done to the splendour of creations brimming with history and symbolising Europe’s rich cultural heritage.

Through this patronage, Breguet is not only continuing its support for European culture, but also reinforcing its connection with the Louvre Museum. From 1802 onwards, Abraham-Louis Breguet had the honour of presenting his masterpieces at the Louvre in the context of its second Exhibition of Industrial Products. A few years later, Vivant Denon, the first “patron”of the Louvre and distant predecessor of Jean-Luc Martinez, acquired a minute repeater Breguet watch as well as bisque clock bought in 1810 and 1811 respectively. Amongst the 18th century art including very beautiful Breguet creations partly bequeathed in 1961 by the widow of Luon industrialist, Claudius Côte. But particularly owe the significant strengthening of ties between the two companies to the 2009 exhibition organised on the initiative of Henri Loyrette – then president and director of the Louvre – and entitled “Breguet at the Louvre. An Apogee of European Watchmaking”.

Today, the House of Breguet is proud to once again be side-by-side with the Louvre on the occasion of the reopening of the 18th century art rooms, and thus contribute to the international promotion of its fabulous collections.

Breguet at the Louvre

Timepieces form a particularly exceptional aspect of the Louvre 18th century decorative arts. The museum is notably provided, for the first third of the 19th century, with a magnificent selection of watches by Abraham-Louis Breguet. Souscription watches, repeater watches – such celebrated inventions and feats of manufacturing sealed his reputations as an outstanding horologist.