For the 35th consecutive year, Chopard once again proudly took its place as world sponsor and official timekeeper to the 40th edition of the historic 1000 Miglia car race, which occurred from 15 to 18 June 2022. The illustrious race, widely regarded as the most beautiful in the world, saw 404 cars made by 63 car manufacturers on the starting line in Brescia. The 1000 Miglia 2022 was won by Andrea Vesco and Fabio Salvinelli, after travelling the 1,609 km route. 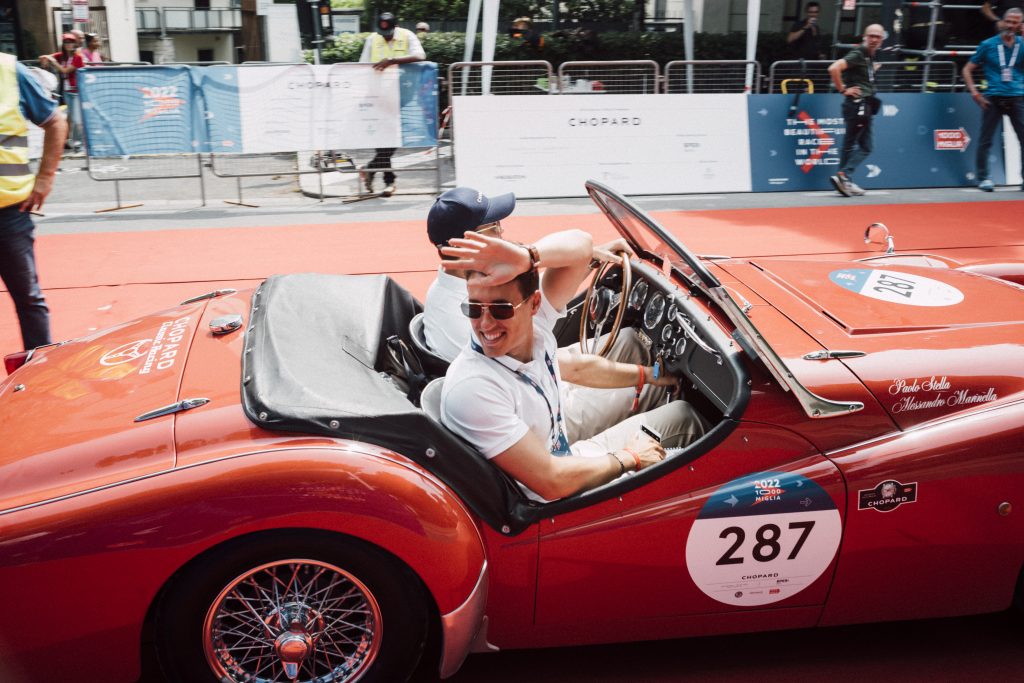 Despite the massive expansion of Italy’s road network over the past 95 years, the route of the 1000 Miglia has remained remarkably close to that of the original course from Brescia to Rome and back.

‘Clockwise’ was back this year, however, after the anti-clockwise format last used in the 1950s was re-visited in 2021, and after the starting flag dropped at 1.30pm on Wednesday 15 June, the cars headed off from Brescia in one-minute intervals going in order of age (oldest first). 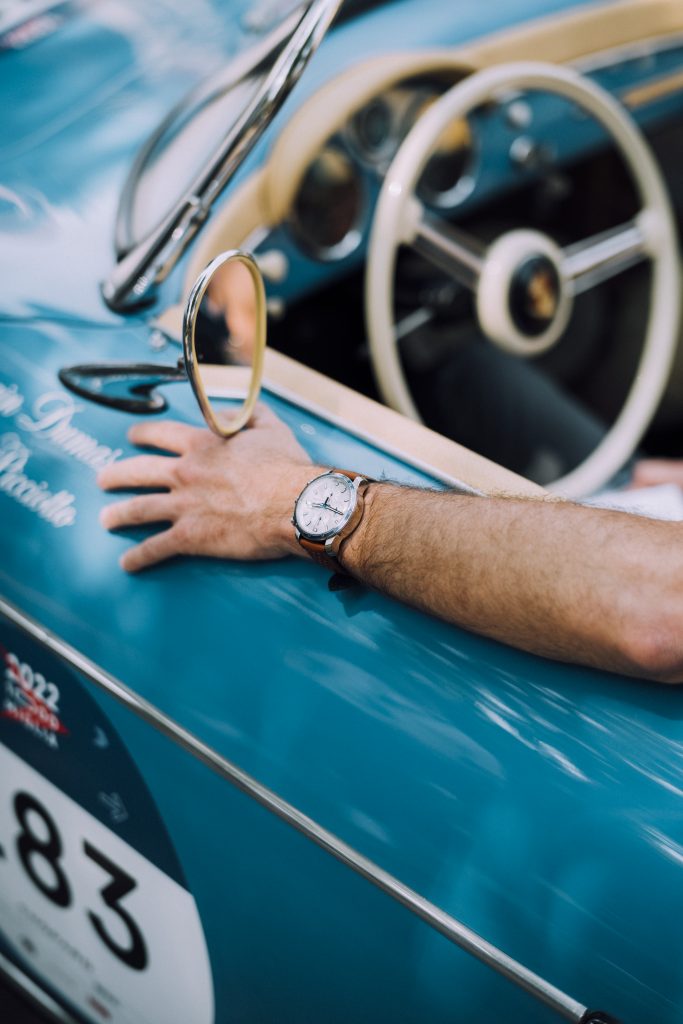 Initially contestants made for Lake Garda, passing through the waterside towns of Salò and Sirmione along the way before proceeding to Mantua and on to the first overnight stop in Cervia-Milano Marittima – a total run of more than 300km that, for the drivers of older cars, meant at least six hours on the road.

Day Two on Thursday 16 June, saw the convoy head for Rome on a more arduous, 500-km drive that took them via the remarkable mountain top republic of Norcia before bringing them into the Eternal City well after dark, prior to Friday morning’s rude pre-dawn awakening. 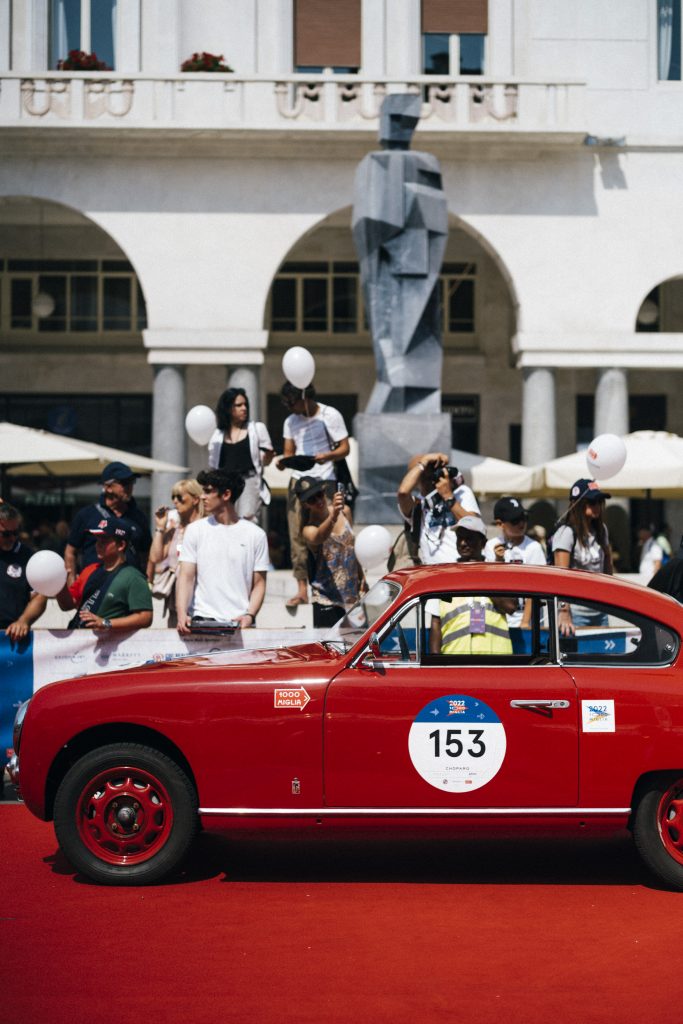 Saturday’s fourth and final leg followed a route of little more than 150 km that was punctuated by a stop at the Monza race circuit in order to complete a tricky, timed auto-test.