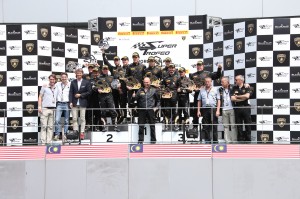 ho claimed the PRO Class World Final title after having seized the PRO Class European Crown. The team managed to win Race 1 in the morning and took P2 in the afternoon race behind their teammate Mirko Bortolotti, the latter making the most impressive comeback of the day, fighting his way up from P13 to P1. American Richard Antinucci (O’Gara Motorsport) was only five points behind the winners, appearing twice on the podium scoring P2 in Race 1 and P3 to finish. Third place in Race 1 was taken by the Italian pole position setter Alberto Viberti (Autocarrozzeria Imperiale). With one win each, Kevin Conway and Lawson Aschenbach, the American duo from Change Racing, were awarded the PRO Class World Title. As for the AM Class, it was overtaken by Lamborghini Racing Team UK top driver, Welshman Jack Rattenbury,  who stormed past his rivals winning both races. 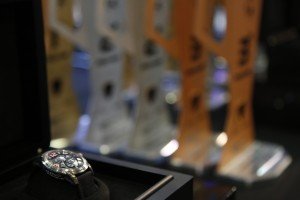 The attention will now be on the upcoming season which will witness the debut of the new Lamborghini Huracán LP 620-2, sharing the grid with the Lamborghini Gallardo Super Trofeo.