I have never been a big fan of the Bentley formula when it comes to performance cars: taking a giant engine and shoving it into a big comfortable car didn’t sound ideal to me. And that had been the case when they launched the Continental GT back in 2003, fitting it with a massive W12 engine. In 2013, however, Bentley released a V8 version of the GT that was lighter and more economical than the W12; it was followed in 2014 by the GT V8 S. The “S” model was meant to bring “added excitement to the Continental range with lowered and retuned sports suspension, sharper steering, dramatic ‘S’ signature styling cues and a distinctive soundtrack from the uprated V8 engine.” So what does all that mean?

As mentioned earlier, the Continental GT has been around since 2003, and in the looks department, it hasn’t changed much since then. However, the 2015 Bentley Continental GT V8 S looks sportier than the rest of the range as it sits on lower sports suspensions (by 10mm over the standard V8), has a blacked out Radiator Grille with a single chrome divider bar, front splitter, side sills, rear diffuser and dual ‘figure of eight’ exhaust tail pipes at the back. Its sporting credentials are further enhanced with huge 21″ wheels and red painted brake callipers. The overall package is a strikingly good looking car and despite its design being over a decade old, it still manages to turn heads wherever it goes! 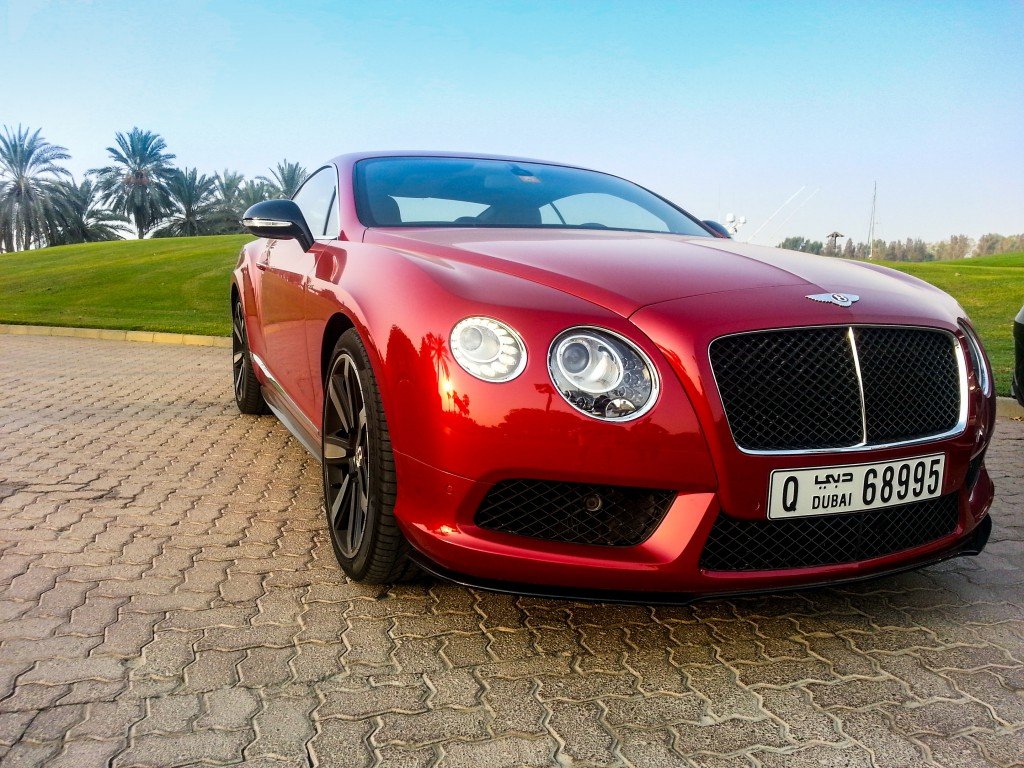 You know you are in a special place the moment you get into it. In typical Bentley fashion, the cabin is covered with soft-touch leather everywhere, along with Piano Black veneers, polished metals and deep-pile carpeting, all hand-crafted in the carmaker’s factory in England. You can literally smell luxury in the car. My big disappointment though has to be the tech offering of this Bentley; you really don’t get a lot of features to play with, and some of the available gadgets are starting to show their age. For instance, the centre display in the instrument cluster is a low res screen that looks as if it’s been lifted off an entry level VW, the 8″ touchscreen is slow, and the fonts are big and too ‘squarish’. It just looks old and outdated, not what I’d expect to see in a luxury car. 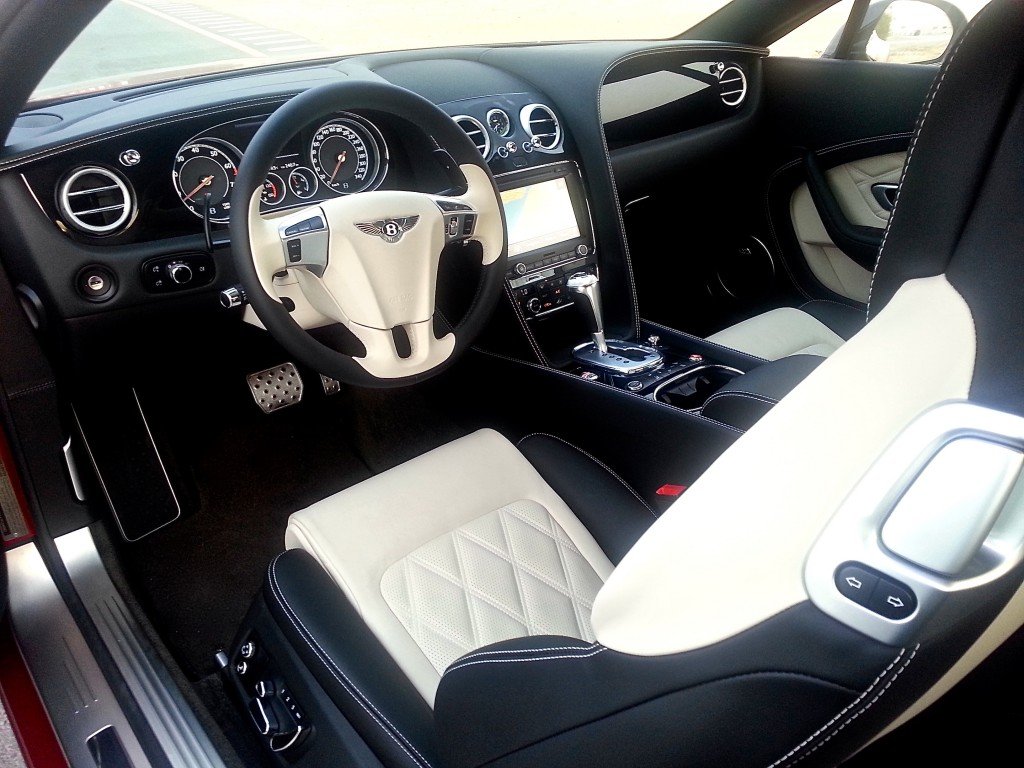 Once you fire up that V8 engine, you’re greeted with a muted purr from the exhaust, and as you start driving along, everything feels soft, smooth and calm; a very relaxing way of getting around. Until you put your foot down and all hell breaks loose: the sound from the exhaust is transformed into something that resembles the roar of a spitfire jet. The twin turbo charged V8 which produces 521 bhp and 680 Nm of torque springs into life and propels the car from 0-100 km/h in about 4.5 seconds. In sport mode, the dampers stiffen for better handling, although the overall ride quality remains comfortable. The steering is responsive, not the sharpest I’ve driven, but still pretty impressive when you consider that this car weighs about 2.5 Tons. So I’d describe the overall driving experience a bit ‘un-Bentleyish’ in a positive way. 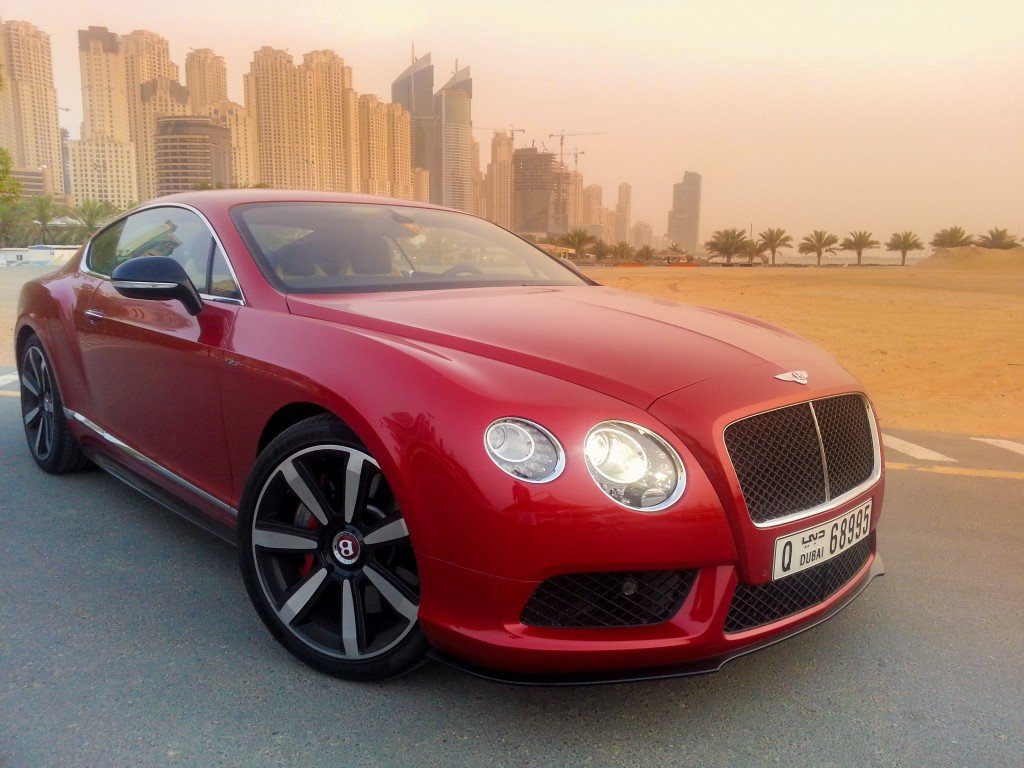 To be honest, when I first picked up the GT V8 S, my initial reaction was no, I don’t like it. I saw it as heavy, not very engaging and not offering much in the way of tech. But after a day of driving it around, I started to warm up to it. And by the time the weekend was over, I was in love with it! Everything -from its insane speed and bellowing exhaust noise to the attention to detail in the luxurious cabin- was just about perfect.

The 2015 Bentley Continental GT V8 S is a fantastic car. In my opinion, it’s the best Bentley today.